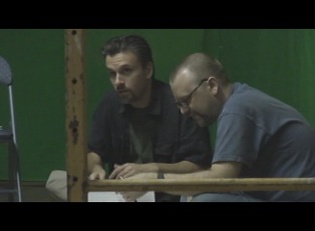 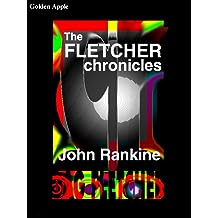 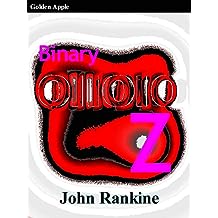 Binary Z Nov 2, 2013
by John Rankine
$5.50
F. S. Hartley was making the best of a bad job. The rebuilding programme at his school was drawing on all his skills in crisis management. Today, the digger had just cut the main power line--again, the School Inspector was threatening the whole future with talk of 'comprehensive education' and 'mergers' with rival schools, the boiler room was filling up with water, and then, as ever, there was the distraction of Mrs Gleave. And, it was only 10:30 in the morning. But today was not going to be just a typical day in the life of Wellington Mixed Secondary School. Today, the workmen unearthed something... 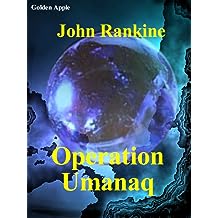 Operation Umanaq Nov 2, 2013
by John Rankine
$5.50
After near bisection at the delicate hand of his ex-girlfriend and an all-stations call from the head of his own security unit labelling him an outlaw, Mark Chevron was a two-time loser. But despite everyone and everything being against him, he did have a tenuous line on the biggest operation ever mounted on the face of Earth. Crossing two continents and reaching deep into the permafrost of Polar Scientific Complex, he is thrown into the middle of a war waged with one of the strangest weapons in history--ICE! 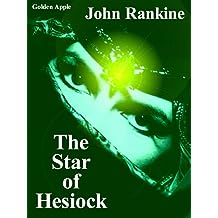 The Star of Hesiock Nov 2, 2013
by John Rankine
$5.50
Sam Shepherd, minding his own business, with his car locked on the freeway safety strip, was a surprised man when he saw Jean Quale draped like a wet sack over a five barred gate. Stopping to check out what she was up to, put his feet on a path littered with uncertainty. He was hooked to a sequence that had its own inbuilt logic even when it projected him in galactic travel to the neighbourhood of Alpha Centauri. You will never again be sure that your companion on the walkway is not from the dying world of Deinos. 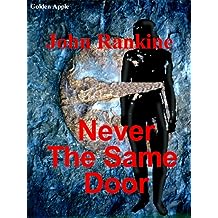 Never the Same Door Nov 1, 2013
by John Rankine
( 1 )
$5.50
A man does not step into the same river twice. He never goes through the same door. To Kurt Yardley, this is amply borne out by the train of circumstance which follows the forced landing of his freighter Charib on the bleakly inhospitable plains of an unlisted planet. Life has evolved without a familiar organic base and is ready to defend itself against the encroachment of another species. Its very structure could bring unimaginable wealth to metal-hungry cultures and there are those on Charib who are prepared to sidestep the Inter Galactic Code of consideration for all forms of life in pursuit of personal gain. Yardley, fighting for survival on two fronts, faces his personal moment of truth in a confrontation which takes him to the threshold of destruction. In Asia Vance, a blonde navigation executive, finds reason to make a new start in human relations which have previously gone badly for him. Commitment is giving hostages to fortune and, in the struggle for existence, puts a handicap weight on the sensitive. When he is finally brought to face a replay of an old situation, he cannot, by his own efforts, exorcise the ghosts of his past. 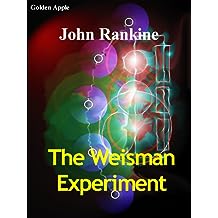 The Weisman Experiment Nov 1, 2013
by John Rankine
$5.50
To Prosper Kanes the resurrection of interest in the Weisman Experiment, long suppressed officially by the Federal Government, was merely a whim of the Chairman--a routine chore of investigation in the memory banks of his computer. Once convinced of the importance of the Weisman Experiment, all Kanes had to do was to discover what it was? No easy task, but one which Kanes warmed to, as he did to his Freewoman companion. 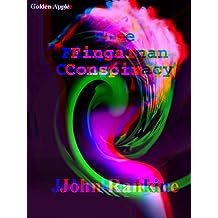 The Fingalnan Conspiracy Oct 26, 2013
by John Rankine
( 1 )
$5.50
Returning from an I.G.O mission with his co-pilot critically injured, Sam York had got this far in his battered Interceptor. The last thing he needed was a close call on planetfall with a merchant ship - especially one captained by a former service rival, George Dumalin. With a growing series of seemingly natural disasters on Earth planet, York sets out to find the answer to a series of baffling questions. What interest did the Outer Galactic Alliance have in asteroid F3Q7? And why where they willing to risk an incursion into I.G.O. space? What was the origin and purpose of the finely crafted artefact he found onboard the merchant ship? And, on a personal note, what on earth did Sally Hythe see in Dumalin? Everything started pointing to the silvery planet of Fingalna... 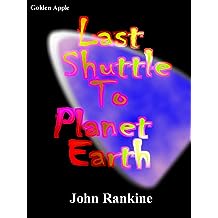 Last Shuttle To Planet Earth Oct 26, 2013
by John Rankine
$5.50
Seen from far enough off, a shanty town of flattened kerosene tins and mud daub can appear like some glittering Shangri-la. An observer at the Met Station of Earth's moon, if there was any hardy soul still batting on that ash heap, would see the sprawling, wheel satellite as the last triumph of Technical Man. Only the close observer would see the derelict sections, the areas where robot fault finders had finally jacked it in and let meteorite penetration have its way. Wirral City--ten thousand people gave it the status of a small town. The Maynells, the Stedmans, the Honeybones and other leading free-trader families had it all buttoned up. Nobody could pack a bag and leave to seek fortune elsewhere. Nobody wanted a shoot out in the fragile envelope of the spinning wheel. There were tranquillisers on demand and a library of 3-D actualities that would run for half a century without a repeat. And then the peace was disturbed - the daughter of a leading family kidnapped and the last space shuttle in working order stolen and set on a course for Earth... 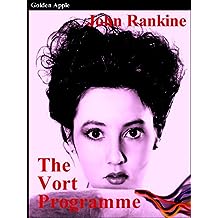 The Vort Programme Oct 25, 2013
by John Rankine
$5.50
Robert Cain had no idea why he had been sent to enrol at Picton Polytech, but when a blue and yellow auto car dropped eight feet and nearly crushed him out of existence, he knew there was more to it than just a crash course in The Science of Mental Life for which he was registered. Who was trying to kill him and why? Why should ultra-sensitive receivers be hidden in the walls of his room? Who was programming the androids like the one which tried to throw him off his upper-floor balcony in the middle of the night? With the help of Art Delacroix and a beautiful girl called Christie Maclean, Cain sets out to discover the truth. What is the Vort programme? 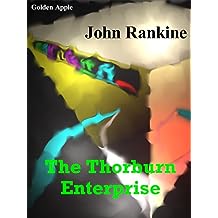 The Thorburn Enterprise Oct 25, 2013
by John Rankine
$5.50
Commander Kurt Foreman of the I.G.O. frigate Phalarope felt he had been lumbered with a nursemaid mission to keep an eye on a team of sociologists who were all set for an investigative visit to a remote planet in O.G.A. space. The sponsor of the trip was a powerful entrepreneur with too much influence for comfort and it soon was anybody's guess as to who was protecting whom. This became clear right from the start, when, arriving on Fingalna to meet the team, Forman's first challenge was to navigate the delights and pitfalls of Malvina's--the pleasure capital of Argentus spaceport. His second challenge was to stay alive long enough to find out exactly what Thorburn was up to. 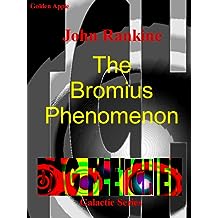 The Bromius Phenomenon (Dag Fletcher Galactic Series. Book 4) Oct 19, 2013
by John Rankine
( 1 )
$5.50
Senior Controller Dag Fletcher was involved as soon as Interstellar Two Nine disappeared in the gravisphere of Bromius. There must have been more to the loss of the starship than navigational error or mechanical failure. An ethnological mission couldn't have got into that much trouble. This was an ideal opportunity to get back in the thick of the action, and put Hulda out of his mind once and for all. He knew the Bromusians as a cheerful and sociable race and it seemed unlikely and quite incredible they might be involved in interplanetary intrigue. But then again, Hulda was part Bromusian. This is the fourth book in the Dag Fletcher Galactic series. 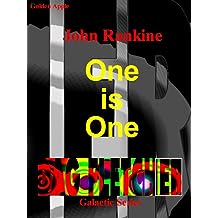 One is One (Dag Fletcher Galactic Series. Book 5) Oct 19, 2013
by John Rankine
$5.50
Senior Controller Dag Fletcher was beginning to feel very angry with the whole pointless business. What had begun as a commercial and training flight aboard the old I.G.O. corvette Interstellar X had gathered such complications to itself that the mission was drifting towards a first class muddle. The planet looked bad enough. They were awkwardly placed in their makeshift silo. Land survey was not going to be a picnic. But he had to find a site and leave it equipped as the local consulate. Complications began straight away in the shape of Vernon Spencer, the Corporation Chairman's nephew. He was being given his last chance to shine. Then Vanora joined the ship... This is the fifth book in the Dag Fletcher Galactic series.