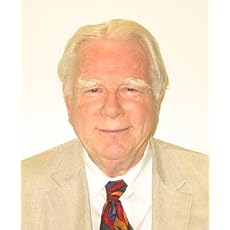 After completing a fifty-year international career in 2013, taking him around the world, John Schwartz has been publishing several books, including a memoir coming--of--age story, a romantic novel, a corporate novel with a romantic edge. I addition, he wrote two non-fiction works about the 13 novels and 4 published short-story volumes by his great uncle, Josua van der Poorten Schwartz, who wrote in English and became world-famous around the 19th/20th century under the pen name of Maarten Maartens. Uncle Joost (his Dutch nickname) was even received by President Ted Roosevelt at the White House in 1907 to talk about his books. John also published, in 2017, a booklet entitled 'Audrey - A cherished Memory'. The author played with Audrey, a distant cousin, in Holland during World War II when she was still a child (she 13 and he 7), and met her again in Geneva much later in life. End 2019 John published a volume of 12 short stories, entitled "Shiver, Snicker, Schmooze." which got a resounding critique by Kirkus Reviews.

"Some Women I Have Known" (published in May 2015), his first book, was inspired by a bet with a cousin, Anne van der Laan, that they could write as well as their great-uncle. One of his volumes of short stories was titled "Some Women I have Known." The cousins "stole" their uncle's title to write stories about exceptional and not so exceptional women they had met while growing up. When Anne prematurely died, John wrote it by himself. The bet is still on.

The title of his second novel "Enchanting The Swan" (also published in 2015) was born at a writing retreat with Michael Neff. The troubled and suspenseful love story of the two main characters, a handsome French-American pianist and a beautiful Belgian cellist, both graduate students at William & Mary in banking and law, respectively, grew from the author's passion for playing classical piano and jazz and his knowledge of the crooked banking world. The novel also reveals his aversion to conformism in nobility and their greed, a world with which the author is quite familiar.

"Enchanting The Swan" was reissued by Sun Hill Books as a paperback and Kindle reprint with a new cover on December 8, 2018.

His third novel, "Francine - The Coalminers' Dragon," (published by Sun Hill Books in December 2017, republished in 2019, both in paperback and KDP Kindle), heralds Francine Boyer's climb of the corporate ladder in a New York-based international mining conglomerate. Born and grown-up in West Virginia, she is the patron of the coal miners and beats the EPA and environmental overachievers in their own game. Why coal and not jewelry? Why "anti-liberal"? Because Francine's story needed to be told! Kirkus called it "A dramatically taut tale propelled by artful characterization and political relevance."

Turning to non-fiction, John abridged his great-uncle's thirteen novels and four volumes of short stories, using the author's own writing. Part I (The Novels) was published in August 2015 under the title "Maarten Maartens Rediscovered - The most Popular Dutch Author Abroad," and Part II (His Best Short Stories) in May 2016. Both books have been republished by Sun Hill Books in 2018 and 2019, respectively, and are available on IngramSpark.

A memoir about his career and a fourth novel telling the fate of three wealthy brothers of a famed family who self-destruct, are in the pipeline.
Read more 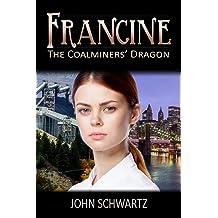 As the coalminers' dragon, Francine rises to the top of OHARA Mining and saves its miners and the company from ruin, while still finding time for love.

In the aftermath of the 2008 financial breakdown, bright young Francine from a small town in West Virginia tries to find work at an investment bank in New York, but nobody's hiring.

On the advice of her dad, she approaches an old friend of her father, Jim O'Hara, who runs a successful international mining conglomerate from New York and is on the hunt for a clever personal assistant.

Francine scores the job and rises through the ranks with astonishing speed. Smart and decisive, she faces company problems head-on, at home, and in far-away lands, unperturbed by setbacks and internal intrigue.

As her career skyrockets, she ultimately finds herself enmeshed in a corporate conspiracy, with the continued existence of the company—and her own reputation—on the line, forcing her to make dire choices.

Can the man she met once before in awkward circumstances support her in her lonely struggle? 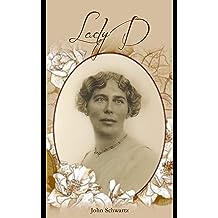 Lady D Sep 3, 2020
by John Schwartz , Melanie Stephens , Mark Spencer
$0.99
Lady D is the quintessential grandmother everybody adores. Half Victorian, half modern age, she strings toegether a life of accomplishments in sports, sophistication and the performing arts. Even Arthur Rubinstein plays for her on her grand piano. Though she doesn’t mince words when she is challenged, and can be very firm when she is, her nature is to bring people together and help them resolve their problems in life. A moving story about an extraordinary woman seen through the eyes of her grandson.
Read more 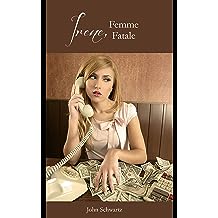 Irene, Femme Fatale Sep 1, 2020
by John Schwartz , Melanie Stephens , Mark Spencer
$0.99
John, a young banker, meets flamboyant Irene from another bank that is launching a joint activity with his bank, of which he is put in charge and she becomes his counterpart. Businesslike Irene seems initially reluctant to accede to John’s advances but gradually falls for his charms. Despite conflicting signals from family and friends about Irene’s personality and rising doubts about her character, John can’t resist her sexual attraction and gets more and more entangled in her lusty web. Before making a decision on marrying Irene he takes a vacation, and then all hell breaks loose…
Read more 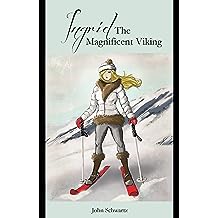 Ingrid the Magnificent Viking Aug 31, 2020
by John Schwartz , Melanie Stephens , Mark Spencer
$0.99
Ingrid The Magnificent Viking is the narrator’s survival tale when he gets lost hiking in the Swiss Alps after his girlfriend broke up with him, and how after a long night in the freezing cold he stumbles into a Norwegian goddess with whom he falls in love on the ski slopes. A tear-jerking love story.
Read more 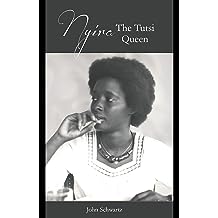 Nyira the Tutsi Queen Aug 31, 2020
by John Schwartz , Melanie Stephens , Mark Spencer
$0.99
Managing a French Import-Export company in Burundi, a small country in the middle of Africa, John van Dorn gets intrigued by the sudden appearance of a dark-clothed woman whose shadow approaches him while overlooking Lake Tanganyika from a hill nearby the capital of Bujumbura. Mesmerized by her regal demeanor, he is spurred to unveil the reasons for the melancholy in her ebony-colored eyes. Then a cascade of events unravels that puts him in a dire position, trying to protect her from annihilation in tribal conflict and a coup d’état. A suspenseful story from beginning to end.
Read more 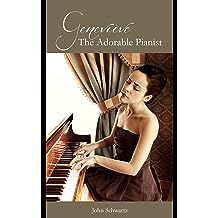 Genevieve the Adorable Pianist (Some Women I Have Known) Jul 3, 2020
by John Schwartz , Melanie Stephens , Mark Spencer
$0.99
In this short story, the narrator John meets Geneviève during dinner at a friend’s posh apartment facing the Bois de Boulogne in Paris. She is a flirtatious budding concert pianist, and their encounter explodes into a most romantic rhapsody. While John is completing his economics thesis at the Sorbonne, and Geneviève pursues her dream to become one of France’s best pianists at the Ecole normale de musique, the pair sweeps through a whirlwind of passion and music, edging to a marriage between the concert hall and the bank, or will they?
Read more 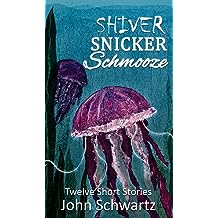 Shiver Snicker Schmooze: Twelve Short Stories Feb 5, 2020
by JOHN SCHWARTZ , MELANIE STEPHENS , MARK SPENCER
( 2 )
$0.99
SHIVER SNICKER SCHMOOZE is a multiple-genre collection of twelve stories—a mix of thriller, horror, romance, and humor. All are intended to entertain the reader while traveling on the train or the airplane, enjoying a café latte on the deck, having a spiritual drink in front of the fireplace, or lying in bed. It’s an “all-weather” storybook, so don’t leave home without it!
Read more
Other Formats: Paperback 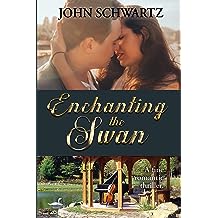 Enchanting the Swan Dec 8, 2018
by John Schwartz , Melanie Stephens , Mark Spencer
( 6 )
$0.99
Enchanting the Swan, a contemporary love story, intertwines the elegance of classical music and the tawdriness of corrupt banking, starting on the campus of the College of William & Mary, winding up in the major financial centers of Brussels, Geneva, and New York, and ending in domestic shooting with a triumphant swan.
Read more
Other Formats: Paperback 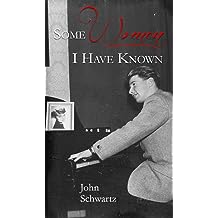 Some Women I Have Known Jan 28, 2018
by John Schwartz , Melanie Stephens , Mark Spencer
( 4 )
$0.99
Romantic pianist John Van Dorn confuses playing sheet music with playing between the sheets. His strong anchors in life, his grandmother, Lady D, and Audrey Hepburn, with whom he rides on his pony wagon in Holland during World War II, she 13 and he 7, seem unable to prevent him from falling for the “weaker” sex. After learning the basic pitfalls of engaging with girls while growing up in his village, enjoying country life and horses, he plays piano with his first real love, cellist Lucy, during boarding school, shares love and piano with sensual concert pianist student, Geneviève, in Paris, gets hooked by sneaky Irene in Amsterdam who labors hard to persuade him to marry her, and suffers his most heartbroken love with Viking Ingrid in the Swiss Alps. After rescuing princess Nyira in the middle of Africa from despair in a narrow escape of life and death, he finally finds the Joy of his life in Washington, D.C.
Each tale can be read in one sitting. So, relax and enjoy with a lush glass of wine, a smooth VSOP brandy or a cup of mellow cappuccino, and smile, drop a tear or hold your breath.