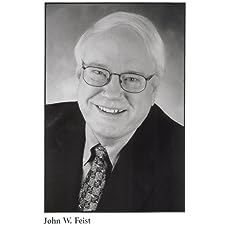 John W. Feist is the American author of two political thrillers, "Night Rain, Tokyo" (2018), and its sequel, "Blind Trust" (2019), plus a literary novel, "Diamond Mornings" (eLectio Publishing, 2016). He is semiretired from a career in business law in California and government relations advocacy in Washington, D.C. His work experiences planted the seeds for "Night Rain, Tokyo" and "Blind Trust," with their lawyer-protagonist, observations of Japanese culture, and high-stakes international business deals.

Having inherited from his mother, an Equity actor, a love of drama and literature, Feist has appeared on Washington, D.C.-area stages, and provided live audio descriptions of theatre and opera performances for The John F. Kennedy Center for the Performing Arts. He holds a BA in philosophy from the University of Kansas and a JD from Stanford Law School. Feist lives in Falls Church, Virginia. He has two sons and two grandchildren who live in California.
Read more 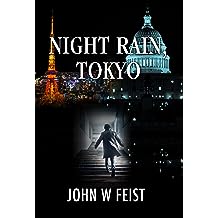 Night Rain, Tokyo May 10, 2018
by John W. Feist
( 11 )
$2.99
Diplomacy, Danger, Desire.
All collide in this dark, suspenseful, action-packed political thriller ripped right out of next year's newspapers. But is it all for a powerful idea or just a pipe dream?
In the year 2019, from Washington, D.C., to Napa, California, to Tokyo, Brad Oaks pursues an ingenious international trade proposal that would rescue a family steel business and a scarce natural resource. He has conceived of a way to unravel bureaucratic snarls that stymie the Wishbone Pipeline project so crucial to his client, Elgar Steel.
New to the Washington lobbying scene, Brad immediately encounters resistance at the muzzle of a sniper's rifle. Just when he tries to pitch his proposal to the United States trade representative, the Elgar family is thrown into turmoil, and Brad must fly to Tokyo to chase down a previously unknown heir to the family business. That heir turns out to be Amaya Mori, a Japanese woman of sophistication, intellect, and beauty. Brad is smitten, and his romantic involvement with Amaya quickly catches fire.
He and all three heirs to Elgar Steel become targets in a capricious, international plot to sabotage America's infrastructure. It doesn't help matters that two of them, twin sisters, are at odds over the Wishbone pipe dream. Brad's heroic effort to restore order brings him face to face with his own stark solitude.
Read more
Other Formats: Paperback 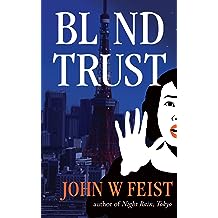 Blind Trust Jun 1, 2019
by John W. Feist
( 1 )
$2.99
What good can come of a nationwide power outage? What power can Japan’s first woman prime minister wield—even in her own family? What power play can end a war? Whose business is it, anyway? Brad Oaks, American steel executive, and Amaya Mori-Oaks, Asian art connoisseur, put their family planning on hold to tackle these questions.

Kagono’s bold plan to exploit natural gas discoveries from either China or Russia sounds good in theory, but she faces stark impracticalities. A Russian deal could cinch peace treaty negotiations stalled for seventy years. But her brother’s business vanity threatens to stifle her plans. If she overrides him, she risks financial scandal. She turns to Amaya—trusted since their college days—for common sense, and to Brad for unbiased, elegant business solutions. 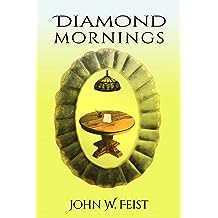 Urged to remarry just weeks after his wife’s sudden death, Frank Wilson begins corresponding with a bright, vivacious young schoolteacher, Irene Webb. They quickly fall in love on the page, illustrating thoughts on the deeper meaning of marriage and the importance of living a “noble life” with quotes from the Bible, Emerson, and Pope. But Frank’s debilitating bouts of grief mean that months pass between visits, leaving Irene to wonder if he will ever be ready to propose. When an ailing, despondent Frank tries to break off their courtship, Irene does not accept the news, but instead becomes determined to help him recover.

Diamond Mornings is based on the actual letters exchanged by Frank and Irene in 1896-97 in Kansas. The novel weaves a compelling drama of the agony of grief and the triumph of love. It is a testament to faith, devotion and traditional American values. The letters transcend personal doubts and misgivings to convey universal romantic ideals, which Frank and Irene explore with eloquence, excitement and hope. Such an art form seems lost in today’s breathless impatience of e-mails and text messaging.