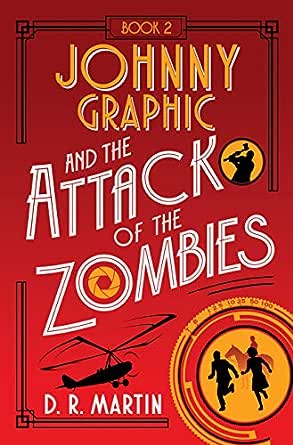 You've subscribed to Johnny Graphic Adventures! We will preorder your items within 24 hours of when they become available. When new books are released, we'll charge your default payment method for the lowest price available during the pre-order period.
Update your device or payment method, cancel individual pre-orders or your subscription at
Your Memberships & Subscriptions
There was an error. We were unable to process your subscription due to an error. Please refresh and try again. 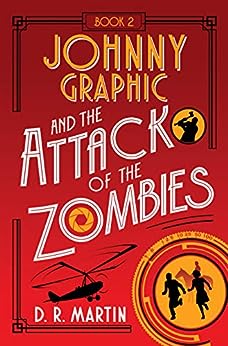 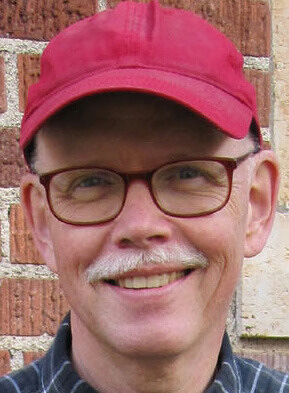 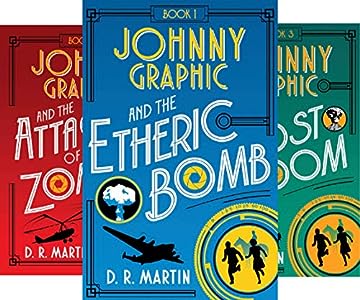 "I expect the Johnny Graphic novels to become like familiar old friends that I reach for when the mood strikes me... I give Johnny Graphic and the Attack of the Zombies 5 out of 5 stars. It's fun, exciting, and attention grabbing, while still being a light, easy read that can be enjoyed almost anywhere from bed to crowded airport terminals."  -Jessica Kosinski, A Book a Day Reviews
"[The author] does an excellent job... The classic style of the writing reminds me of Hardy Boys or Nancy Drew mysteries. It is a great throwback with a modern twist. I really
recommend this book..." -Chris Hooker, Reading with Cats

MLJ
5.0 out of 5 stars Go Johnny!
Reviewed in the United States on June 29, 2015
Verified Purchase
The analogy is try on different books, just as you happily try on different shoes. This is a "different" book and once I convince a student to give it a try (it's got zombies, it has smart kids as main characters, it is a local author) they are hooked and glad to have met Johnny Graphic. (And they get to read his other book, too!) This teacher knows the value of reading strong books, and D.R. Martin makes it fun for young people.
Read more
2 people found this helpful
Helpful
Report abuse

hougal
5.0 out of 5 stars Love this series!
Reviewed in the United States on July 19, 2015
Verified Purchase
I'm 61 and love this series. can't wait for the next one!
Read more
One person found this helpful
Helpful
Report abuse

Amy
4.0 out of 5 stars Zombies
Reviewed in the United States on January 10, 2014
Verified Purchase
My son is a reader and I put his book on the Kindle for him. He had the book finished in one sitting he loved it so much.
Read more
One person found this helpful
Helpful
Report abuse

Davros-10
5.0 out of 5 stars Great fun from start to finish.
Reviewed in the United States on July 5, 2015
I really enjoyed the first book in the Johnny Graphic series so when the author offered to send me an e-book version of this, the second book in the series, I was pleased as punch. And I must say I wasn't disappointed. It is even better than the first!

I won't discuss the plot as it is described adequately in the book description on Amazon's website and other good booksellers. What I would like to discuss are the facets of this (and the first book) that I found most interesting and enjoyable.

First of all, the style, like a great recipe, blends Biggles, the Hardy Boys and Nancy Drew together, with a soupcon of Tom Swift and a dash of Goosebumps, to serve up a fast-paced adventure story that younger readers from ten up couldn't help but love, as would older readers who grew up on on fun adventure stories. And with Johnny's pal Nina and his sister Mel playing almost an equal part in the adventure it would be of appeal to girls as well as boys.

Secondly, the history in the alternative world the story is set in has been so well thought out. The fact that some people can interact with the dead who have not passed on could not but help but to have changed history slightly, so instead of the United Kingdom we have the Royal Kingdom (where most of the action in this novel is set) and its capital Royalton.

The landmass which in our universe is made up of Canada and the U.S.A. is made up of Frontiere (roughly the area which you could describe as French Canada), Northland (the rest of Canada, Freedonia and its capital Neuport (New York?), the Plains Republic out west with its capital Zenith (Johnny's home town), and down south the Old Dominion.

I couldn't help but smile at Moorland Yard, the Royal Kingdom's national police headquarters, or when Johnny and co. have to travel north to foggy Moorland to continue their investigations. I also can't help but wonder if our villain's name, Percy Rathbone, is a nod to that great actor Basil Rathbone who while known for Sherlock Holmes, was such a great villain in movies like The Adventures Of Robin Hood, Captain Blood and The Mark Of Zorro. (Oh I do hope for a swordfight in the third book in the series.)

Finally, the book is set in 1936, in our world the golden era of flying boats, and this is reflected in both Johnny Graphic novels, although less-so in this one. Hopefully we will see more aerial adventures in the third novel which is due to be set at least partly in the frozen island country of Okkatek (Iceland).

Chris Hooker
5.0 out of 5 stars Another Great Adventure
Reviewed in the United States on February 8, 2015
[D.R. Martin] does an excellent job continuing the adventures of young boy photographer, Johnny Graphic and his friends. I [Johnny Graphic and the Attack of the Zombies] Johnny, Mel, Nina, and Dame Honoria continue the battle against Percy. This time Percy has created an army of zombies.

The classic style of the writing reminds me of Hardy Boys or Nancy Drew mysteries. It is a great throw back with a modern twist. I really enjoyed the style and the characters. The new characters that [Martin] added fit very well into the plot and enhanced the story line. I really recommend this book and feel it would be great in a classroom.
Read more
2 people found this helpful
Helpful
Report abuse

misspider
3.0 out of 5 stars Holy Maroley!
Reviewed in the United States on July 3, 2016
A zombie story for kids - can that work? It can with this latest installment in the Johnny Graphic series. Johnny is twelve and three quarters, working as a news photographer and able to see ghosts - which makes him destined to get in supernatural trouble. This time, he and his friends are up against some ghastly 'bog zombies' - corpses reanimated by being inhabited by ghosts.

I was somewhat reminded of Tin Tin and his adventures, but the classic comic series has more humor, while Johnny Graphic is darker. I'm not sure each scene in this book is really suitable for young readers, while on the other hand I doubt whether the classic writing style will appeal to all.

The plot was helped along by several convenient coincidences, which you sometimes find in children's books and which usually is ok, but may find adults roll their eyes. The dialogues sounded comically formal and cumbersome - which is how I'd imagine some snotty aristocrats and their butlers to express themselves rather than a young adventurer such as Johnny. Exclamations like "Holey Maroley" sound cute but definitely also weird.

This is an interesting alternative to the usual children's fantasy stuff out there, but you really have to adjust to its unusual antiquated style. No way to know but to give it a try.