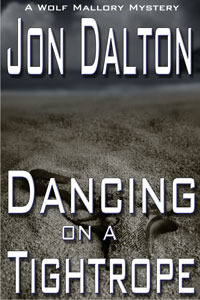 Jon Dalton is the pen name for writer Warren Richardson. Married to author Tymber Dalton, they live in Florida with a couple of dogs, two killer birds, and several sociopathic cats bent on world domination. He’s looking forward to bringing more books in the Wolf Mallory series to life in the near future. 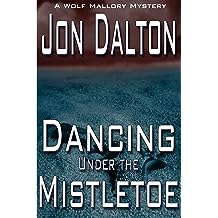 Wolf Mallory thinks life is going to settle down now that he’s proven Vicky wasn’t guilty of murder. Unfortunately, Wolf’s friend Vinnie volunteers him yet again to take a look at a case. And with the holidays approaching, Wolf gives in, hoping to bring a little closure to a murder victim’s family. But when even the police don’t have any leads, Wolf wonders how he’s going to pull a Christmas miracle out of his bag of tricks. 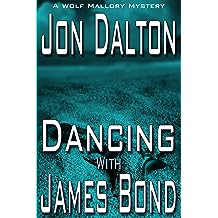 Dancing With James Bond (Wolf Mallory Mystery Book 4) Nov 1, 2018
by Jon Dalton
$0.99
Murder seems to hound Wolf Mallory, so why should a routine skiptracing job be any different?

It always seems to involve a woman. Wolf’s old classmate, Chicago PI Allison Grimaldi, asks for Wolf’s help finding a man and the Honda Civic he’s driving for repossession. Easy money and a friendly favor soon turns into an investigation of the man’s murder…and finding the man’s mysterious female companion, who may now have the car and a whole lot of trouble on her hands.
Read more 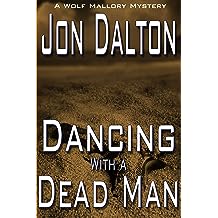 Dancing With a Dead Man (Wolf Mallory Mystery Book 3) Sep 23, 2018
by Jon Dalton
( 5 )
$3.99
Wolf Mallory’s life isn’t settling down following his forced early retirement from military intelligence. Not only is he now a private investigator, he’s about to go up against the most dangerous foe yet–a billionaire megalomaniac with dreams of seeing the South rise again. Confederate gold, electrical grid hacking, and murder aren’t things Wolf was trained to deal with during his previous career…but he’s about to get some pretty intense on-the-job experience.
Read more 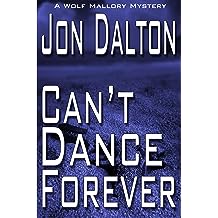 After a string of brutally gruesome murders shocks the normally sedate Porto Cielo area, Wolf Mallory is dragged into the search for a missing teen boy who’s a suspected witness to a related crime.

A boy who is also the nephew of an assistant public defender, who now refuses to talk.

But when the violence touches those closest to Wolf, it becomes personal. He must call upon his secret past in order to see justice done. Can he find the mysterious Mr. Cold and bring an end to the killing spree before it’s too late for the people he loves? 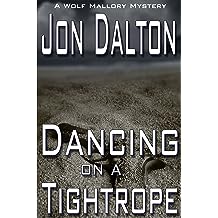 Dancing on a Tightrope (Wolf Mallory Mystery Book 1) Sep 10, 2014
by Jon Dalton
( 21 )
$2.99
Wolf Mallory already has his share of problems—including a congressional investigation and trying to figure out what to do with his life in southwest Florida after his forced retirement from military intelligence. When a friend asks him to talk to a young woman suspected of murder but claiming her innocence, Wolf has no idea what will happen.

Vicky Agincourt is smart, beautiful, and Wolf quickly finds she’s likely guilty of nothing more than trusting the wrong people. Someone murdered her lover, but Wolf is convinced Vicky didn’t pull the trigger. Unfortunately, well-connected people hiding along the fringes of the investigation have a lot to lose if Wolf succeeds in his mission to clear Vicky’s name. They’ll stop at nothing, including calling in favors from people in high places, to force Wolf off the scent.

But Wolf has friends of his own in low places. While he’s dancing on a tightrope to stay ahead of the killer, can he clear Vicky’s name in time before someone takes her—and him—out for good?