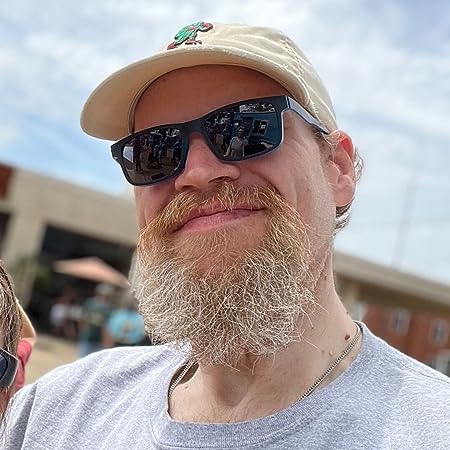 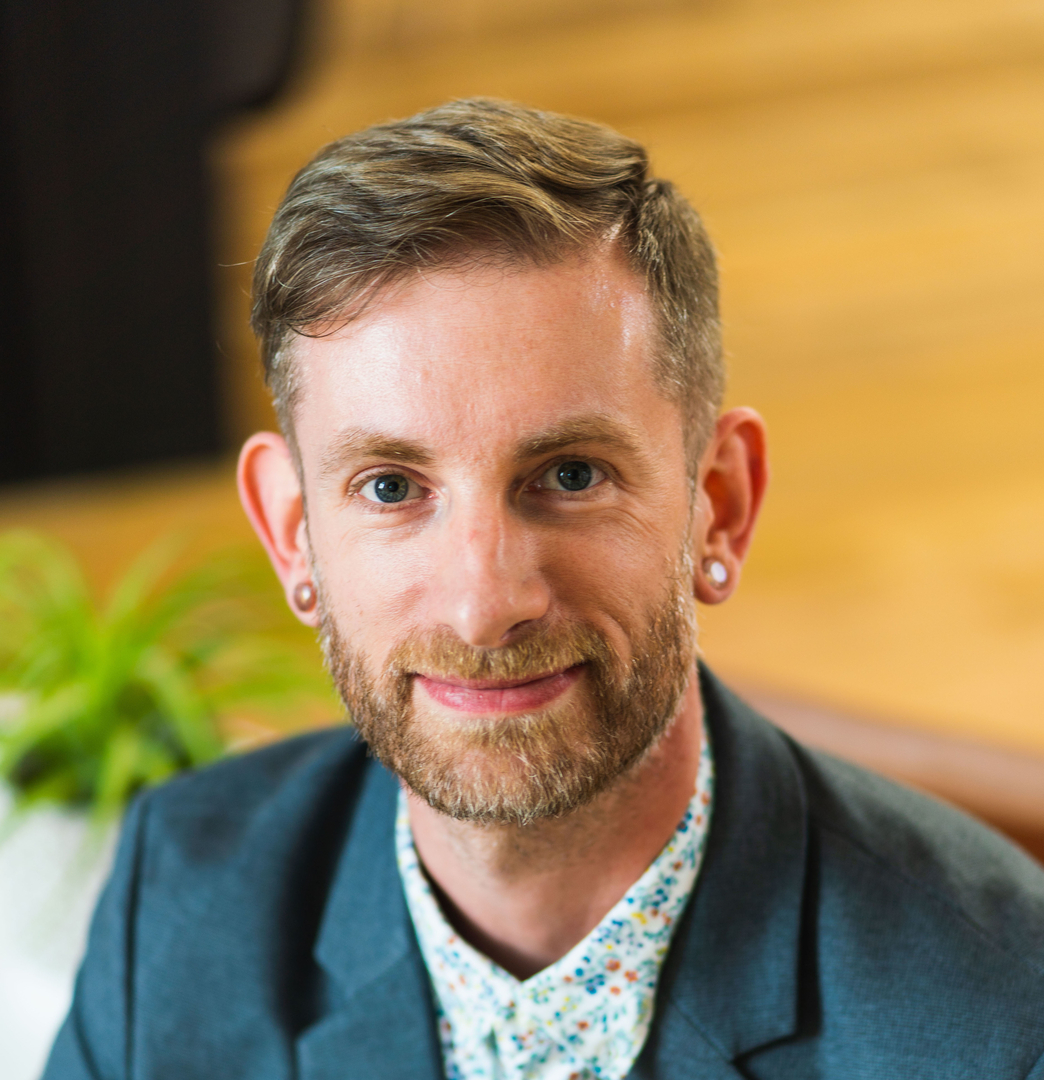 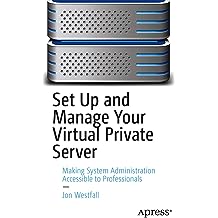 The need for every professional to have a solid presence on the Internet is more important than ever before. Having a presence beyond an email account, such as a custom web page or web application, usually requires a clumsy assortment of outside services or hiring a dedicated administrator. Thus it is more sensible for the average professional to become adept at managing their own private server.

In Set Up and Manage Your Virtual Private Server, author Jon Westfall expertly designs interesting, understandable lessons for professionals such as teachers, doctors, lawyers, and more to deploy their own virtual private server. He walks you through choosing the right service and customizing it for your specific business or personal needs, and does this with great ease while instilling invaluable knowledge.  Basics such as setting up users, managing security and firewalls, installing and updating software, and troubleshooting by reviewing log files, backing up data, and so much more.

Set Up and Manage Your Virtual Private Server equips you with the power of knowledge to set your web presence apart from the rest. You now have complete control over your virtual brand that is your own—separate from any employer or affiliate. Your career mobility is in your hands with the ability to run your own private server at your fingertips. The digital era centers this technical literacy and independence as a critical skillset.

What You Will Learn
Who This Book Is For
Non-tech professionals, individuals who have an established professional career, looking to understand more about how to set up and manage a private server.
Read more
Other Formats: Paperback 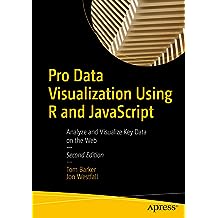 Use R 4, RStudio, Tidyverse, and Shiny to interrogate and analyze your data, and then use the D3 JavaScript library to format and display that data in an elegant, informative, and interactive way. You will learn how to gather data effectively, and also how to understand the philosophy and implementation of each type of chart, so as to be able to represent the results visually.

Gathering and analyzing empirical data is the key to truly understanding anything. We can track operational metrics to quantify the health of our products in production. We can track quality metrics of our projects, and even use our data to identify bad code. Visualizing this data allows anyone to read our analysis and easily get a deep understanding of the story the data tells. This book makes the R language approachable, and promotes the idea of data gathering and analysis mostly using web interfaces.

Apply D3 and R Notebooks towards your data

Programmers and data scientists/analysts who have some prior experience with R and JavaScript. 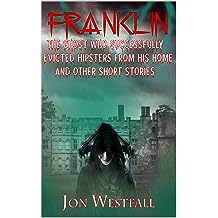 Franklin: The Ghost Who Successfully Evicted Hipsters From His Home And Other Short Stories Sep 25, 2019
by Jon Westfall
$2.99
What happens when a mediocre ghost's afterlife is disrupted by two hipsters and their baby? For Franklin, who doesn't quite get pop culture references and never studied too hard in specter school, nothing good. Join him as he eventually rids his home of the unwanted trendy non-conformists. Along the way you'll meet others in this short story anthology - everyone from a vengeful supernatural being bent on enforcing morality, to a lawyer who was not so happy to receive a visit from Santa Claus last Christmas!
Read more
Other Formats: Paperback 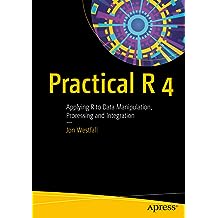 Get started with an accelerated introduction to the R ecosystem, programming language, and tools including R script and RStudio. Utilizing many examples and projects, this book teaches you how to get data into R and how to work with that data using R. Once grounded in the fundamentals, the rest of Practical R 4 dives into specific projects and examples starting with running and analyzing a survey using R and LimeSurvey. Next, you'll carry out advanced statistical analysis using R and MouselabWeb. Then, you’ll see how R can work for you without statistics, including how R can be used to automate data formatting, manipulation, reporting, and custom functions.

The final part of this book discusses using R on a server; you’ll build a script with R that can run an RStudio Server and monitor a report source for changes to alert the user when something has changed. This project includes both regular email alerting and push notification. And, finally, you’ll use R to create a customized daily rundown report of a person's most important information such as a weather report, daily calendar, to-do's and more. This demonstrates how to automate such a process so that every morning, the user navigates to the same web page and gets the updated report.


Who This Book Is For

Some prior exposure to statistics, programming, and maybe SAS is recommended but not required. 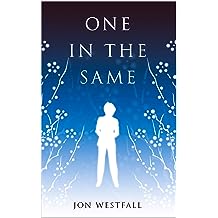 One in the Same Sep 25, 2019
by Jon Westfall
$2.99
Have you ever wondered what it would be like to be the opposite sex? Aaron Lee doesn’t have to wonder. For nearly 20 years his body has been able to reshape itself, turning him into a her at will. Crafting full lives for himself and his female half, Aaron has kept this ability and his asexuality a secret from everyone around him, until now.Inspired to tell his best friend, Sabrina, things seem fine until a chance comment in a work meeting reveals the expertise of his other half. Slowly Aaron descends into a dangerous game of dual identity, family drama, and ancestral history. Emerging on the other side, will he or her ever be the same?
Read more
Other Formats: Paperback 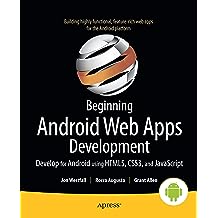 With Beginning Android Web Apps Development, you'll learn how to apply HTML5, CSS3, JavaScript, Ajax and other Web standards for use on the Android mobile platform, by building a variety of fun and visually stimulating games and other web applications! If you've done some basic web development, and you want to build your skills to create exceptional web apps, you'll find everything you seek in the discussions and examples in this book.

Each application you'll build in Beginning Android Web Application Development will show you solutions that you can apply to many of your own projects. Each example shares techniques and coding solutions that will inspire your own work. You'll learn how to tie your Android apps into Twitter through two apps that you'll build: Who's that Tweet?!, a quiz game based on celebrity accounts, and I Love Ham, a coding investigation into search phrases and rhyming.

Your Android web app development skills will then proceed in another direction, as you discover the power of HTML5 in two game apps: Scavenger Hunt, which introduces you to the HTML5 GPS location API, and Spies!, a location-based application that shows you how to use CSS3, Ajax, and HTML5 within multi-player environments. You'll also create an Android web application which checks the arrival time of buses and light-rails through the use of Portland, Oregon's open Tri-Met data API! This app is a great template for other apps you may want to build in the future, and showcases the important techniques for incorporating cloud-based apps into web games. After reading Beginning Android Web Apps Development, you will have built real apps and developed along the way the skills you'll need to create highly interactive, professional web applications... and, your journey will be engaging and enjoyable! 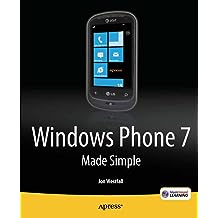 With Windows Phone 7, Microsoft has created a completely new smartphone operating system that focuses on allowing users to be productive with their smartphone in new ways, while offering seamless integration and use of Microsoft Office Mobile as well as other productivity apps available in the Microsoft App Store.

Windows Phone 7 Made Simple offers a clear, visual, step-by-step approach to using your Windows Phone 7 smartphone, no matter what the manufacturer. Author Jon Westfall is an expert in mobile devices, recognized by Microsoft as a "Most Valuable Professional" with experience teaching both businesses and consumers. This book will get you started with the basics and then teach you tricks and shortcuts that will save you time and help you maximize your productivity.
Read more
Other Formats: Paperback 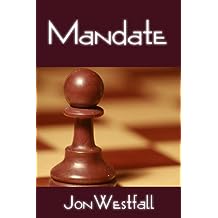 Mandate Sep 30, 2010
by Jon Westfall
( 3 )
$2.99
Rich Heel is an average American. He works a somewhat steady job, has two kids, and a loving wife. He cares about his family and others, but doesn't care much for politics. All of that changes after a chance encounter on television, a seemingly overnight campaign, and a landslide election that propels Rich from a nobody to the most powerful man in the world. But as Rich finds out, things aren't always easy to understand, even at the top. And as he soon discovers, as a somebody, you're the perfect target for anybody.
Read more
Other Formats: Paperback