Jonas Cain is an Instructional Designer, Facilitator of Fascination, and Purveyor of Positivity for Hashtag Positivity, a social entrepreneurship that provides training, coaching, and resources to help emerging leaders and their influencers experience greater clarity, confidence, courage, and joy in their work and in their relationships. 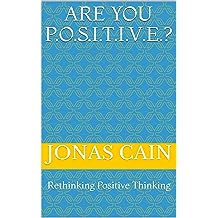 Are You P.O.S.I.T.I.V.E.?: Rethinking Positive Thinking Jan 14, 2018
by Jonas Cain
( 3 )
$4.95
Positivity is often misunderstood to mean putting on a pair of rose-colored glasses, pretending that everything is fine and dandy, even when everything isn’t fine and dandy. But Jonas Cain holds that this understanding of positivity is flawed, arguing that true positivity cannot ignore reality but instead has to reflect an honest assessment of the truth.

Are Your P.O.S.I.T.I.V.E.? will take you on an 8-step journey that will encourage you to “rethink positive thinking,” opening you to a life of engagement and empowerment!
Read more
Other Formats: Paperback 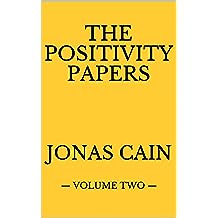 The Positivity Papers: Volume 2 Dec 24, 2019
by Jonas Cain
$4.95
The Positivity Papers: Volume 2 is the continuation of Jonas Cain’s ongoing research into the science of positivity. As the second book in the series, this work continues the tradition of curating principles and practices for making the world a little bit brighter in a way that’s accurate, accessible, and actionable. Along the way the author shares a few of his own adventures (and misadventures) in applying these strategies, which readers will find both informative and at times entertaining.These topics found here will challenge you to step up and make new decisions to help you level up your psychological capital and emotional intelligence.
Read more 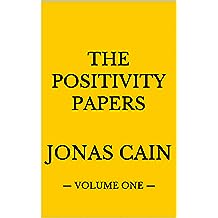 The Positivity Papers: Volume One Mar 6, 2019
by Jonas Cain
$4.95
Positive thinking is often viewed as the practice of wearing so-called “rose-colored glasses,” pretending that everything is fine and dandy even when everything isn’t fine and dandy. But can choosing to overlook reality really be considered “positive thinking?” Can the experience of a good lie really be a good thing? And can what we don’t know—via genuine ignorance or willful blindness—actually hurt us? The Positivity Papers: Volume 1 is Jonas Cain’s work to confront these issues by curating scientific research on the effects of positivity and negativity on our work, relationships, and health. Along the way he shares practical principles and practices to employ this research into our everyday lives, and discusses his own personal experiences in applying these stratagems, which readers will find both informative and at times even entertaining.
Read more
Other Formats: Paperback 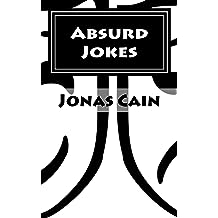 Absurd Jokes Feb 18, 2019
by Jonas Cain
$4.95
Laughter is good medicine and this book offers a good dose of laughter. Here's an absurd joke to get you started: One book said to the other, "Can you help me out? I'm really in a BIND." And the other book said, "Don't worry, I've got your COVERED!"
Read more
Other Formats: Paperback 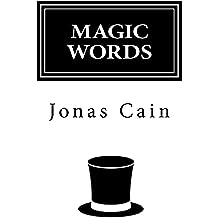 Magic Words: Principles for Conjuring Personal & Professional Growth Mar 27, 2018
by Jonas Cain
$4.95
Within these pages you’ll find a collection of principles for conjuring personal and professional growth that's taken over two decades to compile. Each word is fully explained to help readers quickly and easily implement these ideas into their daily lives.

Read it straight through cover-to-cover, or keep it on your nightstand for daily encouragement—either way Magic Words is an excellent source for empowerment and encouragement to Boldly Step Forward Perform! 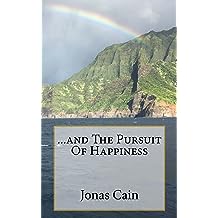 And The Pursuit Of Happiness Aug 31, 2017
by Jonas Cain
$4.95
What does it mean to be happy? Is it a physical sensation of pleasure, or if it more of an attitude? Is it resiliency won by virtuous living, or is it satisfaction with the state of affairs? Can we be happy even if don't feel happy?

This book examines these questions by exploring various theories of happiness from philosophical and practical perspectives, while also exploring the author's own earnest attempts at applying these theories. ...and the Pursuit of Happiness is a concise guide meant to help you rediscover Happiness again for the first time. Are YOU ready to be happy?
Read more
Other Formats: Paperback 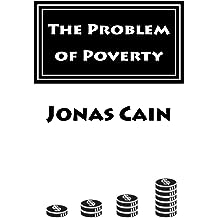 The Problem of Poverty Aug 25, 2016
by Jonas Cain
$2.99
Poverty is a social problem affecting millions of individuals in the United States alone. The so-called war on poverty has produced no real and lasting national success due in large part to the unwillingness of the wealthy to cede power. By examining the individual and structural causes of poverty, and the political, religious, and ethical perspectives of society’s obligation to the poor, this study aims to suggest an innovative course of action to deal with this social problem. This proposed prescription will have a focused emphasis on individual responsibility implemented in pockets of localized communities that when duplicated across regions will demonstrate significant national success. 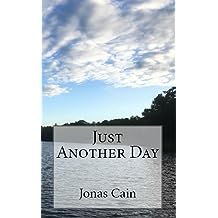 Just Another Day Feb 2, 2015
by Jonas Cain
$4.95
It's just another day for Jonas, as he begins a three thousand mile bicycle ride. After forty miles and five years, this book enters the next chapter in an adventure of Love, Loss, and inspired Hope.
Read more
Other Formats: Paperback , Mass Market Paperback 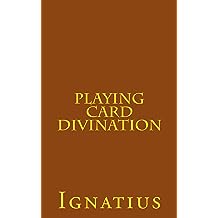 Playing Card Divination Aug 24, 2013
by Jonas Ignatius Cain
$9.99
Disguised as a book to help you gain access to the hidden meanings of playing cards, this book is really a magic prop to be used by magicians for various unique magic tricks with playing cards.

For example, by following the directions in the book your audience participant will select an apparently random card from the deck yet you will already know what it is! In addition, there's a certain page in the book that will help you get a standing ovation at the end of your show nearly every time!

If you buy this book you may request detailed instructions by emailing jonas@jonascain.com. 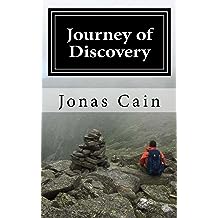 Journey of Discovery: awaken your inner power Dec 30, 2011
by Jonas Cain
( 4 )
$4.95
A book that you can read in an hour or keep on your nightstand for daily inspiration, Journey of Discovery: Awaken Your Inner Power offers concise advice on how to bring your inner purpose to Light. Offering examples from prominent figures throughout history as well, as the author’s personal life stories, this manuscript is meant to help the reader to achieve a wider perspective and heightened consciousness through perspective, adversity, purpose and balance. If approached with an open heart and an honest mind, this material is sure to help you in your journey to awaken your inner power.
Read more
Other Formats: Paperback 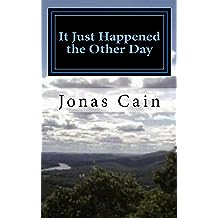 The two had been friends for eight years, but this year would be different. They fell in love and became engaged to be married. They lived a lifetime that summer, but due to events unseen by them at the time they never did marry and never got to write their book together…until now.

Jonas Cain is best known for his work as a professional magician and saxophonist, though he has begun working in the field of complementary and alternative medicine as a Reiki practitioner. He studied music at the University of Massachusetts at Dartmouth and at Westfield State College, studied magic at the McBride Magic at Mystery School in Las Vegas Nevada and obtained Reiki Master Certification from the Pioneer Valley Reiki School in Amherst Massachusetts. As a member of the Theosophical Society he is a devout student of all things theological and philosophical and is an ordained minister with the Universal Life Church. Jonas currently lives in Salem Massachusetts with his wife Sara and is pursuing a degree in religious studies.
Read more
Other Formats: Paperback