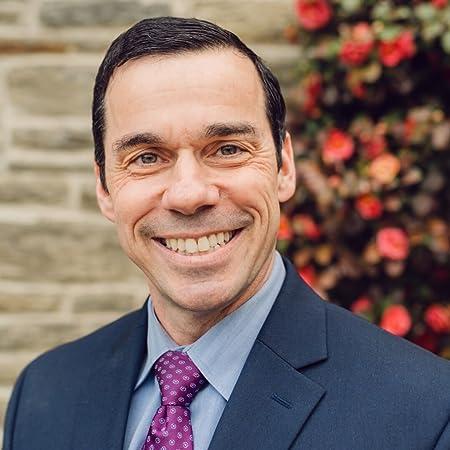 Jonathan Shandell is Associate Professor of Theater Arts at Arcadia University. His scholarship focuses on race and integration in the American theater in the mid-20th Century. Publications include essays in the volumes THE CAMBRIDGE COMPANION TO AFRICAN AMERICAN THEATER, AUTHENTIC BLACKNESS/"REAL" BLACKNESS, and the forthcoming VISIONS OF AMERICAN TRAGEDY, as well as in the journals AFRICAN AMERICAN REVIEW, JOURNAL OF AMERICAN DRAMA AND THEATRE, AMERICAN THEATRE and others. Jonathan served from 2014-2016 as President of the Black Theatre Association. He lives in Elkins Park, PA with his wife, Robin, and daughters Cecily and Miranda. 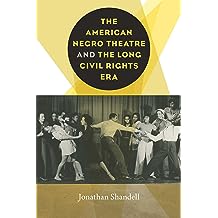 Jonathan Shandell provides the first in-depth study of the historic American Negro Theatre (ANT) and its lasting influence on American popular culture. Founded in 1940 in Harlem, the ANT successfully balanced expressions of African American consciousness with efforts to gain white support for the burgeoning civil rights movement. The theatre company featured innovative productions with emerging artists—Sidney Poitier, Harry Belafonte, Ruby Dee, and many others—who would become giants of stage, film, and television. In 1944, the ANT made theatrical history by creating the smash hit Anna Lucasta, the most popular play with an African American cast ever to perform on Broadway. Starting from a shoestring budget, the ANT grew into one of the most important companies in the history of African American theatre. Though the group folded in 1949, it continued to shape American popular culture through the creative work of its many talented artists.

Examining oral histories, playbills, scripts, production stills, and journalistic accounts, Shandell gives us the most complete picture to date of the theatre company by analyzing well-known productions alongside groundbreaking and now-forgotten efforts. Shedding light on this often-overlooked chapter of African American history, which fell between the New Negro Renaissance and the Black Arts Movement, Shandell reveals how the ANT became a valued community institution for Harlem—an important platform for African American artists to speak to racial issues—and a trailblazer in promoting integration and interracial artistic collaboration in the U.S. In doing so, Shandell also demonstrates how a small amateur ensemble of the 1940s succeeded in challenging, expanding, and transforming how African Americans were portrayed in the ensuing decades. The result is a fascinating and entertaining examination that will be of interest to scholars and students of African American and American studies and theatre history, as well as popular culture enthusiasts. 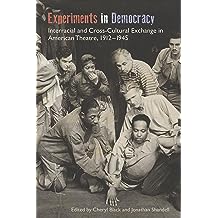 In Experiments in Democracy, edited by Cheryl Black and Jonathan Shandell, theatre historians examine a wide range of performances—from Broadway, folk plays and dance productions to scripted political rallies and radio dramas. Contributors look at such diverse groups as the Theatre Union, La Unión Martí-Maceo, and the American Negro Theatre, as well as individual playwrights and their works, including Theodore Browne’s folk opera Natural Man, Josefina Niggli’s Soldadera, and playwright Lynn Riggs’s Cherokee Night and Green Grow the Lilacs (the basis for the musical Oklahoma!). Exploring the ways progressive artists sought to connect isolated racial and cultural groups in pursuit of a more just and democratic society, contributors take into account the blind spots, compromised methods, and unacknowledged biases at play in their practices and strategies. Essays demonstrate how the gap between the ideal of American democracy and its practice—mired in entrenched systems of white privilege, economic inequality, and social prejudice—complicated the work of these artists.

Focusing on questions of race, ethnicity, gender, and sexuality on the stage in the decades preceding the Civil Rights era, Experiments in Democracy fills an important gap in our understanding of the history of the American stage—and sheds light on these still-relevant questions in contemporary American society.