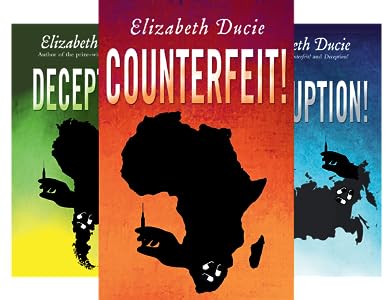 In Uganda a factory burns; a friend goes missing; and in Swaziland and Zambia, children die. Suzanne Jones’ fight against  counterfeiting just got personal.

Can Suzanne stop the counterfeiters before more youngsters die?

It’s Mardi Gras in Rio – and danger stalks the streets.

Charlie Jones is on the trail of counterfeiter Michael Hawkins. It’s time he paid for the pain and suffering he’s caused.

Suzanne Jones investigates mysterious disappearances and outbursts of violence in the sports world.

New Friends. Faces and voices from the past. The Jones sisters are back in action.

Teenagers fall prey to a deadly new drug. Pharmaceuticals destined for Africa turn up on the backstreets of Russia. Francine Matheson recruits the Jones sisters in the fight to stop the pushers before more kids die.

But will their discoveries mean a friend goes to prison? Are they putting their loved ones in danger?

With old adversaries and surprising new allies, the Jones sisters face their toughest challenge to date. 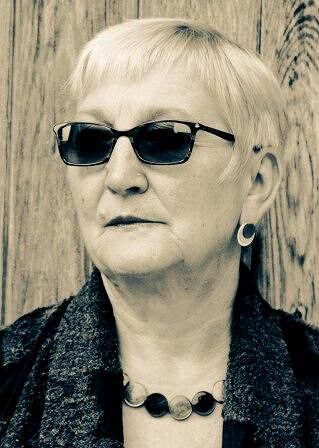 Elizabeth Ducie
Biography
I have been writing since I was very young. When I was a teenager, essays and poetry helped me win my first overseas trip via a newspaper competition. I returned to creative writing in 2006 after 30+ years as a technical writer. Since then, I've had great fun experimenting with different types of writing. I've written articles for content websites and on commission. I've written short stories and poetry for competitions -- and have had a couple of wins, several honourable mentions and some short-listing.

In July 2011, we published a collection of short stories. Life is Not a Trifling Affair received such positive feedback from our readers, we brought out a second collection in November 2012. This one is called Life is Not a Bed of Roses. Both anthologies are available either as paperbacks or as ebooks.

I have also published several books on my own: Sunshine and Sausages is a how-to book on running a successful summer garden party. Parcels in the Rain and Other Writing is a collection of short stories, flash fiction, travel writing and memoirs. The Business of Writing series is based on lectures and blog posts aimed at helping writers set up and run their own small businesses.

Gorgito's Ice Rink, my debut novel, is set in Russia and based partly on my travel experiences. It was started in 2006. In 2010, frustrated by the time it was taking to complete--and to provide structure and discipline to the project--I signed up for an MA in Creative Writing at Exeter University. I graduated in January 2013. The novel was finally published in October 2014 and the following year, it was Runner-Up in the Self-Published Book of the Year Awards. I have since published three further novels, Counterfeit! Deception! and Corruption!, thrillers based in the sometimes murky world of international pharmaceuticals.

I am a member of the Chudleigh Writers' Circle, Exeter Writers, and ALLI (The Alliance of Independent Authors). At the beginning of 2020, I took on the role of Director for the Exeter Literary Festival. I spend far too much time on Facebook and Twitter, but have met some great writing buddies along the way.
Read more
Back to top
Get to Know Us
Make Money with Us
Amazon Payment Products
Let Us Help You
EnglishChoose a language for shopping. United StatesChoose a country/region for shopping.
© 1996-2021, Amazon.com, Inc. or its affiliates