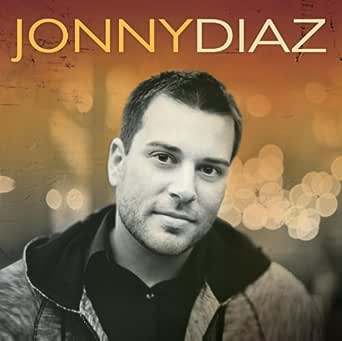 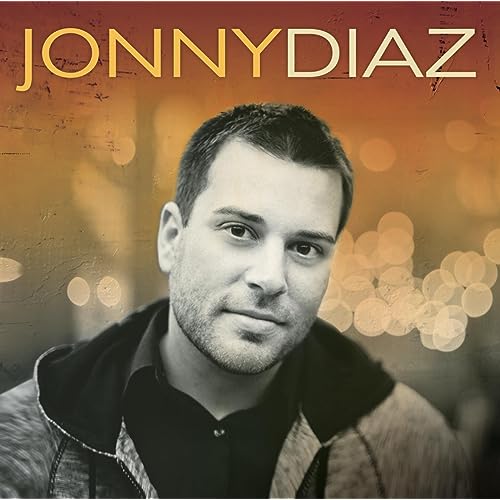 Amber
5.0 out of 5 stars Jonny Diaz
Reviewed in the United States on September 6, 2012
Verified Purchase
I absolutely LOVE this album! I pretty much love everything by Diaz. I can relate to so many of his songs with experiences in my own life; songs like Scars and More Beautiful You. These songs speak to me in such a way that I can't describe their impact. I also really like his song entitled Beauty of the Cross. Christ died for us, even when we are so undeserving. He took our guilt, shame, and sin upon himself and nailed it to the cross. It was the ultimate picture of his love for us, and that is what makes it so beautiful! I could go on and on, but you would probably get tired of reading my review, so I'll stop here. I highly encourage you to buy this album! It is amazing! God has truly blessed him with a gift and He speaks through the lyrics in such a powerful way!
Read more
Helpful
Report abuse

bob turnbull
5.0 out of 5 stars Meaningful and spiritual listening!
Reviewed in the United States on November 13, 2013
Verified Purchase
I chose this selection on the recommendation from friend. I immediately liked the cadence, the beat, the tonal quality, the wonderful voice, and especially the lyrics and their meaning. Jonny has a talent of taking meaningful lyrics and projecting them to the listener,, so that the communication is complete and not just lost in noise. Would recommend. Thank you.
Read more
Helpful
Report abuse

sherry g
4.0 out of 5 stars Love this album
Reviewed in the United States on December 27, 2013
Verified Purchase
I use music on my phone mostly for my morning workout. It is my quiet run sometimes when I listen to great worship music. I fell in love with a song on this album and purchased the whole thing. I love it all except the last song.
Read more
Helpful
Report abuse

Rebecca
5.0 out of 5 stars fallen in love w/ Jonny ;)
Reviewed in the United States on September 9, 2012
Verified Purchase
For Amazon's sake: download was very quick & easy, as usual with MP3 files from here

the music: LOVE IT! I hear a song on the radio, first time, and think "I gotta have that song!" Who's it by? Several times the last several months, it's been by Jonny Diaz! Excellent music and compelling lyrics! I've fallen in love with Jonny's music!

Olemiss_Marine
5.0 out of 5 stars Get this!
Reviewed in the United States on September 23, 2015
Verified Purchase
Jonny is the man!
Read more
Helpful
Report abuse

C. L. Johnson
4.0 out of 5 stars Great Music
Reviewed in the United States on October 27, 2011
Verified Purchase
This is a good follow up album to last years release. Looking forward to seeing Jonny in concert in a few days.
Read more
Helpful
Report abuse

Mark Baker - Carstairs Considers
HALL OF FAMEVINE VOICE
3.0 out of 5 stars I Wanted to Like Jonny Diaz's Sophomore Release, but It Leaves Me Umimpressed
Reviewed in the United States on May 22, 2015
I bought Jonny Diaz’s first label release when it came out a couple years ago, and I enjoyed it despite some weaknesses. So when I found out that his self-titled follow up was due, I pre-ordered it. As soon as it came, I popped it into the CD player. And I was underwhelmed. Knowing that sometimes that’s just because I wasn’t in the mood, I put it away to pull out again. I’ve been doing that on and off again for two months now, and it’s still only okay.

This is another in a line of discs where I like the songs on their own, but as a disc they don’t work for me. There are several great songs here. But despite attempts to spice things up with strings or horns upon occasion, there is a sameness to the songs. They are all pretty much mid-tempo guitar heavy songs. There is little to separate one song from another, and I find myself tuning out after one or two songs.

Which is a shame because the messages of the song are still quite good. “Delights in You” starts things off reminding us that God loves us and “No matter where you’ve been/No matter what you’ve done.” After a cello in the intro, this one becomes guitar dependent, but is an easy melody to learn, so I find myself singing along without even thinking about it.

A similar theme is picked up in “God is Watching,” which talks about how God is always there even when the people we should be able to depend on like a spouse or parents abandon us.

By the time we’ve hit “Cross the Line,” I’ve definitely begun to tune out. It’s a call to repentance, but it sounds like the track we’ve just heard. Heck, the melody is hardly any different from the previous track.

There is a slightly different, upbeat rhythm to shake things up on “Beauty of the Cross.” I could easily see this song becoming a church standard for worship in the years to come. The upbeat works well and the lyrics about what the cross means for us.

Another song I really do like here is “How Can It Be,” which marvels that the God who holds the stars in His hand knows the number of hairs on my head. That truth is something I love to marvel over, so any song on that theme usually grabs me the first time through, and that was the case here the first time I really hard the lyrics.

While I really do like the last two songs I’ve talked about, they still sound similar enough to everything else that it is easy for them to get lost in the shuffle. At the same time, I can’t point to any particular song and say I hate it. It’s just that they all sound so similar to me that I get bored with the disc.

Like his first release, this song has a bonus, humorous, track. This time around, it’s “The Chick-fil-A Song,” an ode to the fast food restaurant. It’s funny and always makes me crack a smile.

As I said in the title, I want to like this disc more than I do because the individual songs are good. But as a whole, Jonny Diaz disappoints. Hopefully, he’ll find a way to spice things up on future releases.
Read more
One person found this helpful
Helpful
Report abuse
See all reviews