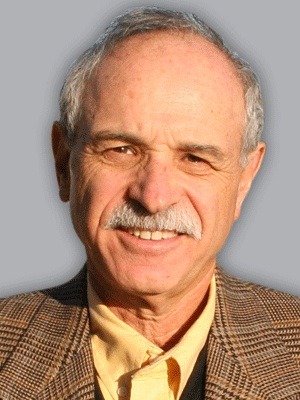 The Jordan Rules: The Inside Story of One Turbulent Season with Michael Jordan and the Chicago Bulls Mass Market Paperback – Illustrated, January 1, 1993

"The Jordan Rules ... might be the best sports book since Season on the Brink about Bob Knight."
– Chicago Sun-Times

"Jordan boasts a wicked tongue, and not just when it's hanging out as he dunks ... [He] manages to blurt out enough in Smith's book to reveal his own narcis­sistic, trash-talking, obsessively competitive side."
– Newsweek

"The Jordan Rules entertains throughout, but the most fun comes from just hanging out with the players. Smith takes us into the locker room, aboard the team plane and team bus, and seats us on the bench during games. Sometimes, books reflecting on a team's success don't reach the personal level with the people who made it happen: The Jordan Rules does."
– Associated Press

"A riveting account ... what you want in a sports book: the behind-the-scenes stuff, a peek at the private side of the players, their hobbies and politics and religion, the way they get along or don't ... It's fair to compare The Jordan Rules with the campaign books that appear after every presidential race ... The difference is not only that The Jordan Rules explains more persuasively than most of the campaign chronicles how the winner was decided—it's that it does so more interestingly and with more understand­ing of the human heart."
– Fred Barnes, The American Spectator

"Thorough and funny and engaging ... Anecdotes and asides ... give a true flavor of life with a professional sports franchise."
– Philadelphia Inquirer

"Author Sam Smith shows you the other side of Jordan without malice, the side that is not slickly commercialized, or dramatically canonized according to hang time. Smith's book doesn't make Jordan out to be a bad guy or a tyrant. It simply makes him out to be mortal."
– Orlando Sentinel

"In some ways, reading this book made me like Jordan more. Beyond the pull of his puppeteers, he is revealed as being human. He grows and is humbled ... "
– Sports Illustrated

"Revealing and controversial ... Smith takes you through the championship season that, as it turns out, was a truly rocky journey."
– Chattanooga Times

"Taking advantage of daily access to the Bulls, Smith takes the reader beyond the press-conscious statements usually heard through the media .... An excellent documentary on the Bulls' championship season."
– Kansas City Star

"In context, Jordan actually comes off as a sympathetic mortal, which is no easy trick given his supernatural powers and Fort Knox bank account."
– People

"The Jordan Rules tells the story of how a pro basketball team overcomes the handicap of having the greatest individual virtuoso in history as its centerpiece player. Even a Michael Jordan must learn how to pay attention to team dynamics."
– Boston Globe

"You know it's gotta be certifiable, reliable, verifiable, authentic and every other synonym when Bulls GM Jerry Krause labels Smith's work 'mostly fiction.' That's a sure sign the writer has the drop on the situation ... There's nothing more controversial than the truth."
– Peter Yecsey, USA Today

Sam Smith has been covering the Chicago Bulls and the NBA for more than four decades. He was a reporter and columnist for the Chicago Tribune for twenty-eight years, and currently writes for the Bulls’ official website. Sam has received the prestigious Curt Gowdy Media Award from the NBA Hall of Fame, and the Professional Basketball Writers Association Lifetime Achievement award. He is the author of the classic bestselling book The Jordan Rules—for which he had unparalleled access to Michael Jordan and the championship 1991-92 Chicago Bulls team—as well as the books Hard Labor, Second Coming, and There is No Next. You can follow him on Twitter @SamSmithHoops.

Michael Jordan returned to his team. The dam of silence was swept away by a flood of hope. Jordan was joking on the team bus as it traveled to the Palace, and in the locker room, as if nothing had happened the last two weeks. He made fun of Pippen's shoes and Grant's after-shave lotion. It smelled like a lawn, Jordan said, one just fertilized. They asked Jordan where he'd left his comb. The scene seemed to relax everyone, and it was a calm, outwardly confident Bulls team that readied for the game. This was all Jordan had asked for, a chance. This was a chance to get to the Finals. Let the better team win. Throw it all out there and go on or go home. It was the farthest one of his teams ever had gone.
But the Bulls would go no farther. As Jordan feared, even suspected, his teammates disappeared. Paxson tried, but couldn't go. His ankle was too sore and swollen, and he would need surgery in a week. Hodges, rusty from months of virtual inactivity, couldn't sustain his effort for two games and shot 3 for 13, 2 for 12 on three-pointers. His big, toothy smile was gone and he'd soon be contemplating his feet.
It wasn't much of a game. The Pistons hit 9 straight shots in the second quarter while the Bulls went 2 of 12. The score was 48-33 at halftime and the game was over. The score was 61-39 in the third quarter, and even though the Bulls closed the gap to 10 after three quarters, they never had a chance.
Scottie Pippen was 1 of 10 for 2 points. Stricken by a migraine headache, he was blinking his eyes madly before the game and putting an ice pack on his head during time-outs. He played forty-two minutes, but could barely distinguish his teammates from the Pistons. He broke down and drowned himself in tears in the locker room afterward. Grant was ferocious on the boards, pulling down morerebounds than the entire Detroit team and grabbing a game-high 14 overall, but he shot 3 of 17. Cartwright had worn down and would need knee surgery, and Hodge also would go under the knife. The rookies were deadly -- B. J. Armstrong flew out of control in front of the crowd and was 1 of 8. The Pistons' bench outscored the Bulls 33-21, as Mark Aguirre had 15 points and 10 rebounds and John Salley had 14 points. Thomas was brilliant in orchestrating the Pistons' break with 21 points and 11 assists. "They may have the best player, but we have the better team," noted Laimbeer, the mockery in his voice scratching at Chicagoans like fingernails on a chalkboard.
Jordan was left to consider the 93-74 loss. He agreed Detroit was better. The Bulls had to get better. He wasn't general manager, but if he were...It was obvious the team needed veterans. But he wasn't just slapping at the rookies. Where was Pippen? This was the second straight year he'd vanished in the last game against the Pistons; he'd received a concussion in the first minute of the final conference playoff game in 1989. Were he and his buddy, Grant, serious enough? Paxson had broken down and the other guys hadn't done much. Jordan had scored 31 points, 21 more than anyone else, but he'd also attempted 27 shots. And many were wondering how the Bulls were ever going to win if he was to continue to shoot at that pace.
As for Jordan, he believed he had to continue at that pace. Otherwise, who would?
Just before he stepped from the postgame podium onto the golf courses of America, Jordan offered one thought: "We have to do some things. We need to make some changes."

Page 1 of 1 Start overPage 1 of 1
This shopping feature will continue to load items when the Enter key is pressed. In order to navigate out of this carousel please use your heading shortcut key to navigate to the next or previous heading.
Back
Next
Pages with related products. See and discover other items: michael bennett, michael jordan biography, michael jordan, chicago books, red team, bill simmons