Add to Cart
$89.95
+ $5.80 shipping
Sold by: confettibooks
Have one to sell?
Sell on Amazon
Flip to back Flip to front
Listen Playing... Paused   You're listening to a sample of the Audible audio edition.
Learn more
See this image 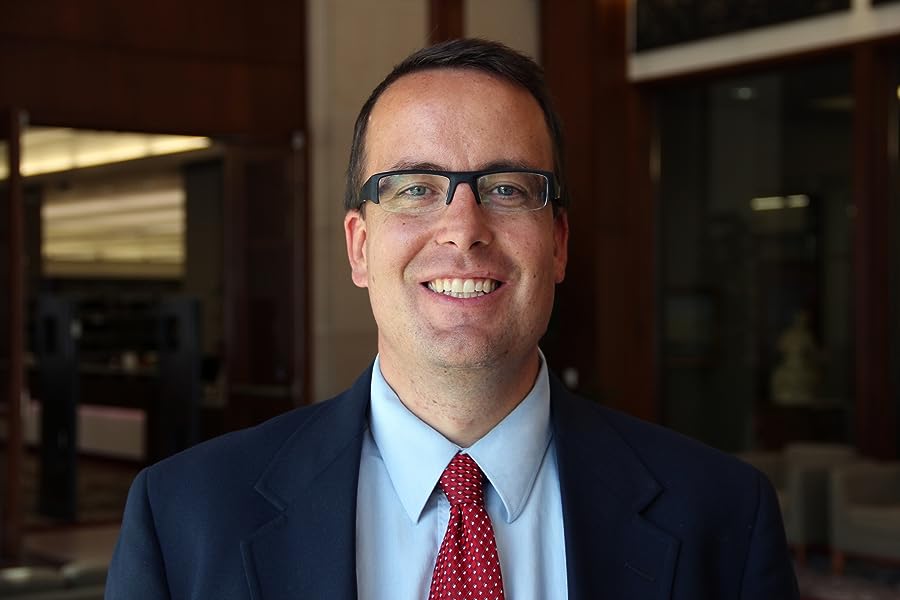 As any textual scholar is well aware, no study on these grounds can proceed very far without rigorously produced base texts. Thus, publication of the latest volume in the Joseph Smith Papers series--'Revelations and Translations, Volume 3: Printer's Manuscript of the Book of Mormon'--is a very welcome development. . . . As befits the flagship project of Mormon history, this eleventh volume in the Joseph Smith Papers is a jewel of painstaking textual scrutiny and attention to detail. --Bryan Buchanan, "Review: Skousen and Jensen, 'The Joseph Smith Papers, Revelations and Translations, Volume 3, Parts 1 & 2: Printer's Manuscript of the Book of Mormon,'" Association for Mormon Letters Discussion Board, Nov. 11, 2015

Royal Skousen is a professor of linguistics and English language at Brigham Young University and editor of the Book of Mormon Critical Text Project. Skousen received his PhD in linguistics from the University of Illinois at Urbana-Champaign in 1972. Robin Scott Jensen is associate managing historian and project archivist of the Joseph Smith Papers, and he coedited the first two volumes in the Revelations and Translations series. Jensen holds two MA degrees (American history and library information science) and is currently pursuing a PhD in history at the University of Utah.
Tell the Publisher!
I'd like to read this book on Kindle

5.0 out of 5 stars
5 out of 5
4 customer ratings
How does Amazon calculate star ratings?
Amazon calculates a product’s star ratings based on a machine learned model instead of a raw data average. The model takes into account factors including the age of a rating, whether the ratings are from verified purchasers, and factors that establish reviewer trustworthiness.
Top reviews

Craig Matteson
HALL OF FAME
5.0 out of 5 stars A wonderful resource in seeing and studying the Printer's Manuscript of The Book of Mormon. Vol. 1
Reviewed in the United States on August 17, 2015
My wife bought these two volumes for me for my birthday and I am delighted to own them. The Book of Mormon has always been important to me and to have the images of the complete (save three lines) printer’s manuscript of this scripture and the transcription is marvelous! These are large format pages of very heavy stock designed to be of the highest quality and permanent. That is, I do not expect them to yellow or become brittle or fade with time. If cared for, these volumes should last for generations. While you can see this work online at the JosephSmithPapers.org , I consider it a delight and privilege to have them to read and examine closely right in front of me and in my own library.

What is the Printer’s Manuscript of The Book of Mormon? Joseph Smith had had a terrible experience not long after he began translating the book for the first time and his scribe, friend, and financier, Martin Harris, lost the first 116 pages. So, he carefully protected the completed Original Manuscript until the book was finally published. But the printers, E. B. Grandin, needed a copy to work from to typeset. So, the original manuscript was carefully copied out completely by hand and given to the printers a few pages at a time as needed for the printing being done. Eventually, all the pages were gathered and bound together to make a second complete manuscript of The Book of Mormon. This manuscript was eventually purchased by The Reorganized Church of Jesus Christ of Latter-day Saints, which is now The Community of Christ. By their kind permission and cooperation it is part of this important project to collect and publish all the available papers of Joseph Smith.

The Church of Jesus Christ of Latter-day Saints owns the what remains of the Original Manuscript of The Book of Mormon. Joseph Smith put it in the cornerstone of the Nauvoo House as part of the ceremonies surrounding its construction. But the building was never completed. And the Original Manuscript was heavily damaged by water and mold over the decades it was in that cornerstone. After Joseph’s widow, Emma, died, her second husband, Lewis Bidamon, retrieved the manuscript from the cornerstone and sold pages and portions to various parties. Over the years the Church has acquired many of the pages while some remain in private hands. Other pages may still exist without anyone knowing where they are. Many of the portions that remain are in a terrible and fragmentary state. Only about 28% of the Original Manuscript remains.

A scholar named Royal Skousen has spent more than two decades on a critical text project of the Original and Printer’s Manuscripts and the editions printed in Joseph Smith’s lifetime. I also have his typescript facsimile of both the Original and Printer’s manuscripts in three volumes. They are invaluable in understanding exactly what was put down on paper and by whom as The Book of Mormon was translated (received) and dictated to the scribe, who was mostly but not always Oliver Cowdery.

These volumes (and the coming volume of what remains of the Original Manuscript) use the transcription work done by Royal Skousen but in a simplified format. Instead of special editorial symbols, the editorial markings are indicated according the standards and guidelines of the Joseph Smith Papers series. This makes reading easier for the non-scholar and relies on the photographs of each page for you to see for yourself the passages that are of interest to you.

The photographs of each page are large, clear, and beautiful. However, after more than 180 years, the ink has faded and the pages have yellowed to the point that their colors have converged somewhat. I find that my 61 year old eyes benefit from examining the photos with a hand held reading magnifying glass from Bausch and Lomb.

The first volume also contains introductory material on the history of the Printer’s Manuscript, some interesting photos of what is believed to be Joseph’s Seer Stone, a timeline, and a map of where Joseph Smith lived over the course of his life. There are also two short essays on editorial method and the photographs used in these volumes. The manuscript is divided because of the large number of pages to keep the volumes more manageable to handle. The first volume contains the Book of Mormon from 1 Nephi through Alma 35. The second volume from Alma 36 through Moroni 10.

The volumes are arranged so that the photographs, whether of right or left hand pages, are always on the left of these volumes and the transcript is always provided line by line exactly as in the photographs on the right hand page.

My deepest gratitude and heartiest congratulations to all involved in the production of these volumes, and again, to Royal Skousen for his decades of dedicated work on the getting to the realities of the Book of Mormon text.

Kenneth L. Madsen
5.0 out of 5 stars It presents great photographs of the manuscript alongside a very good
Reviewed in the United States on August 10, 2015
I bought this book set the day I discovered it from Deseret Book and they arrived before the week was over.
As I will never possess the actual plates, this book is the gold standard Book of Mormon for our day.
The Book of Mormon is printed in many languages; likely all English editions are available online. The Printer’s Manuscript was photographed in 1923 and is available online at the Joseph Smith Paper’s website. I don’t doubt that these things will always be preserved on the internet, but this is my copy, it requires no sophisticated equipment to show and tell. It is the closest thing to a personal set of the gold plates—In English!
I have already bought Royal Skousen’s Yale Edition of the Book of Mormon, and his Original Manuscript and Printer’s Manuscript of the Book of Mormon which are part of the Book of Mormon Critical Text Project.
As is explained in the Editorial Method section, the rules of transcription presented in this volume are modified from those of the Critical Text Project, in keeping with the style guide of the Joseph Smith Paper’s Project. As explained in this work, the transcript is simplified, but presents nuances of the initial production. This style represents the manuscript more liberally. “Slight mistakes (including extra dots or strokes of letters) or corrections are not transcribed, and deference is given to the scribe’s final intent.”
When reading the handwritten text, it is interesting to compare it with features of your latest edition. Note the chaptalization contained in the manuscript, while punctuation would have been non-existent.
The scale of the printer’s manuscript of the Book of Mormon is about fifteen percent larger than the facsimile pages in this book. The average manuscript page is 7.875 x 12.75 inches (20 x 32 cm). I measured page 412, (the facsimile of 4 Nephi 1:26-40), to be 6.75 X 11.25 inches (17 x 28.5cm).
For me, this book is special for what it is. It presents great photographs of the manuscript alongside a very good, readable transcript.
It is also a special witness. The Book of Mormon purports to be a work of God. As such, it comes under the greatest (often superficial) scrutiny. Those who believe the world was created from nothing in seven days would expect the book to first arrive in its present edition at the snap of the Lord’s existent/nonexistent fingers with zero tolerance for transcription, punctuation, spelling, or localism errors thrown in. For those who believe that God cannot exist, they would expect this book to be an obvious fraud. In fact, it is neither. It is a complicated, fascinating mystery which describes Jesus Christ in the most simple, yet majestic manner; as he would appear in the flesh, warts, (wounds), and all.
Read more
4 people found this helpful
Helpful
Comment Report abuse
See all reviews from the United States