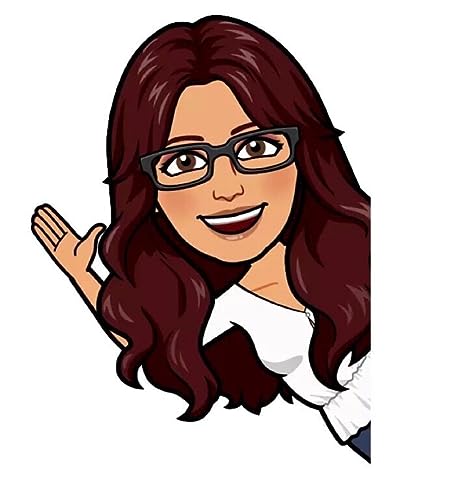 Welcome to the Annex of Maison de Vere! My name is Josie de Vere, and I am the madam of the house. For your pleasure, I, Madam de Vere have set my ladies and gentlemen on display, for you to choose.

It is my particular goal to offer you short stories which will provide you with the pleasure you seek, titillating you as you watch through the window of your fantasies. After all, we all have a secret voyeur lurking within, searching for an escape to an alternate world where fantasies have no boundaries. It is my sincerest hope that the short stories which I pen provide you with the pleasurable escape you seek.

A little about me - I am a professional woman who has the same life challenges as you. I write erotica to escape my everyday life and create fantasy scenes which give the world permission to embrace their secret thoughts in private, and hopefully awaken the desires that societies repress. I truly believe that embracing who we are is the first step to loving ourselves. I also believe that there is no shame in desire or fantasy. Although we are all similar, we are equally unique, and I wish to encourage people to explore themselves and permit themselves to know and accept themselves for the beautiful beings they are. It is my sincerest desire that my short stories usher you on your journey of self exploration. 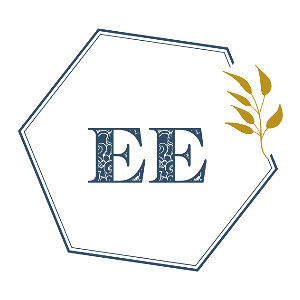 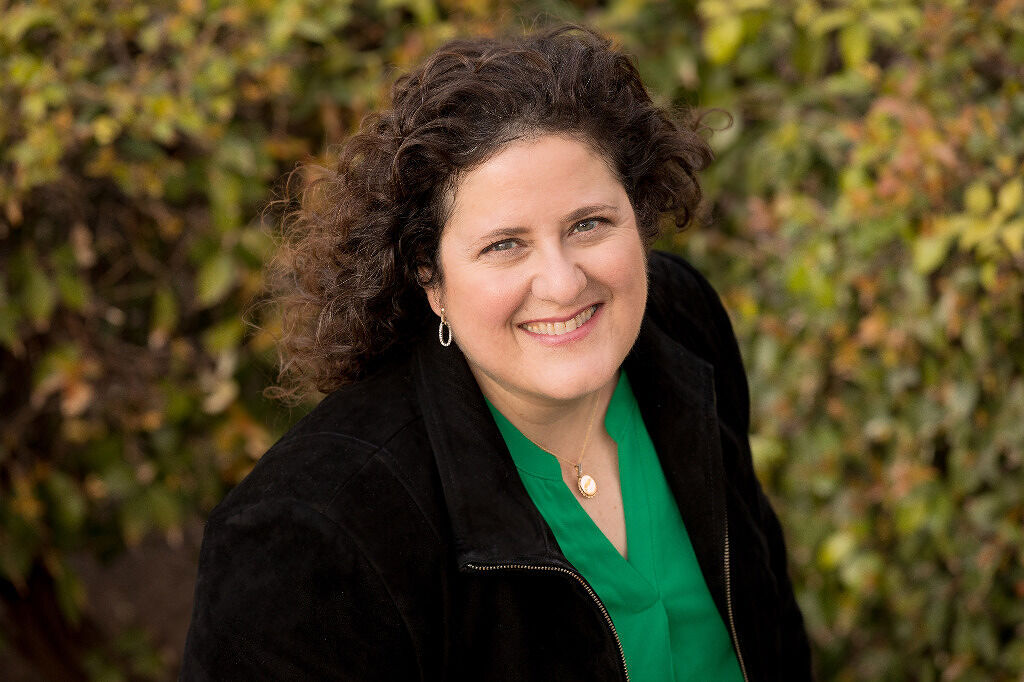 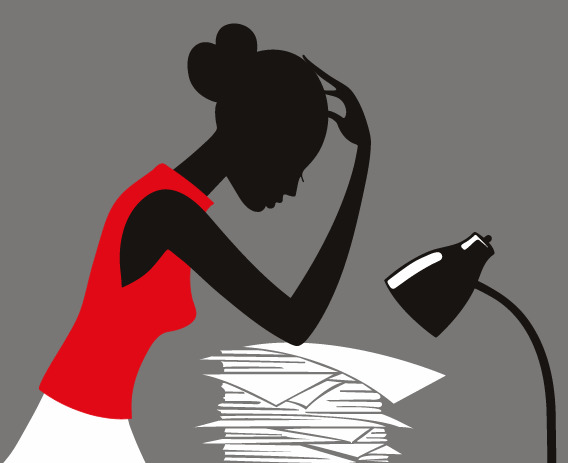 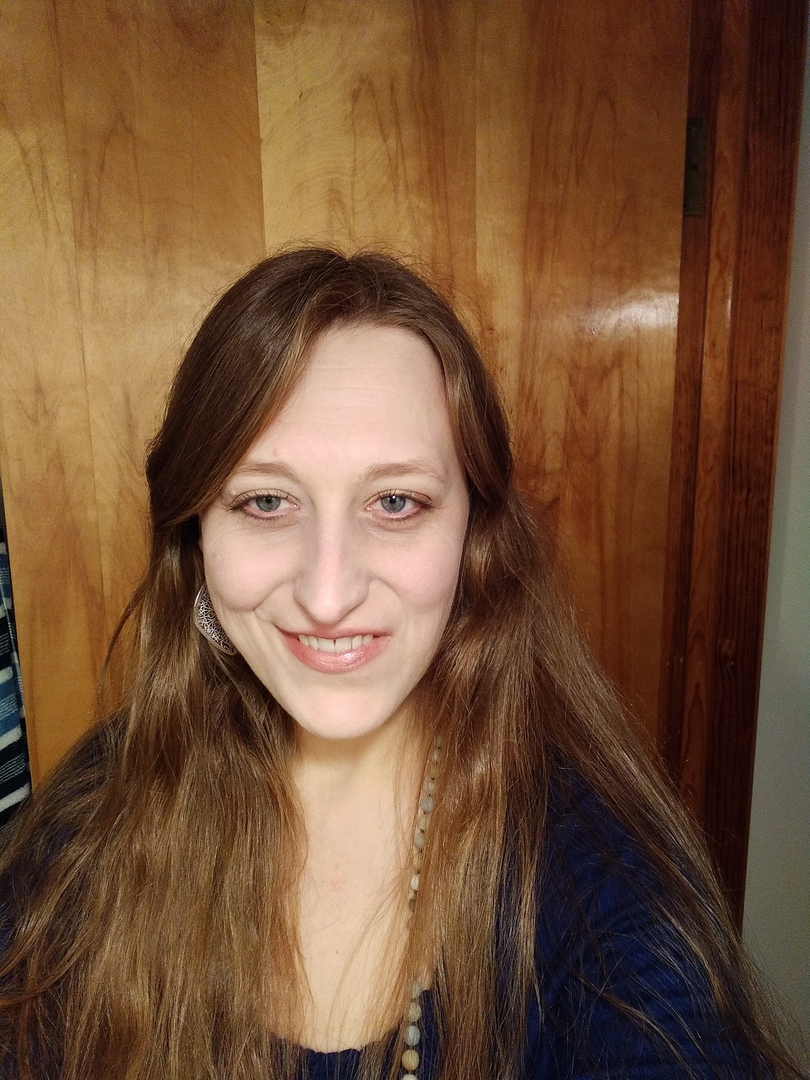 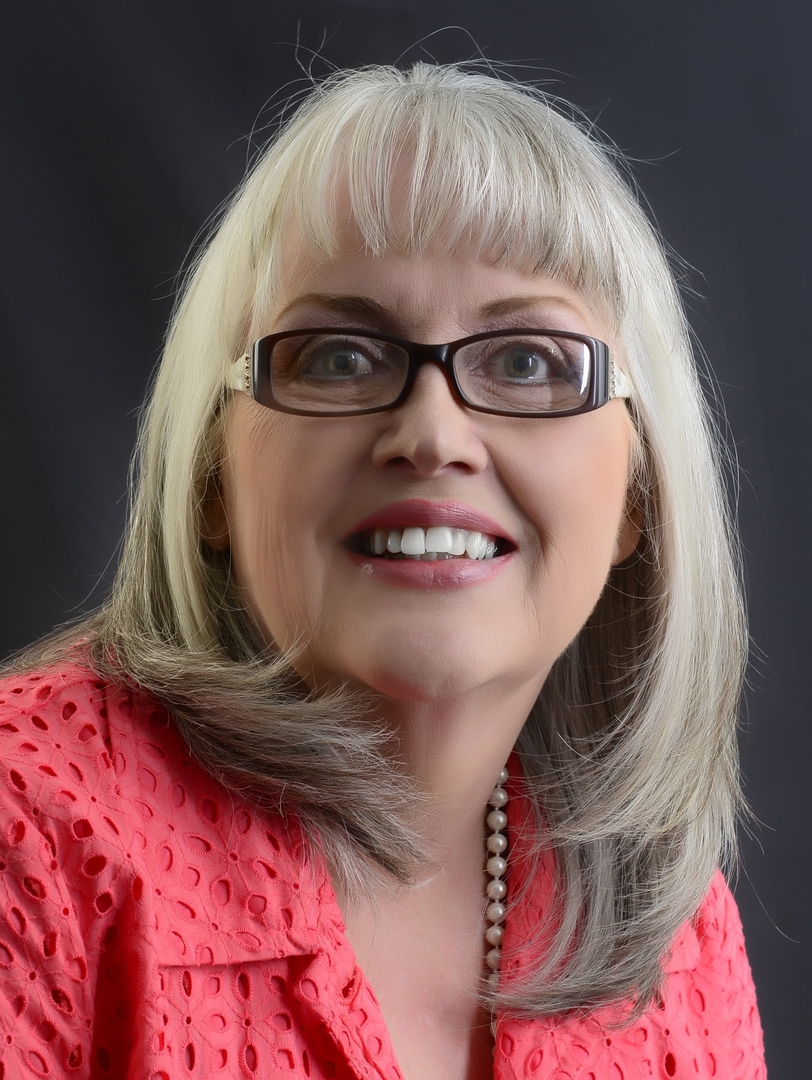 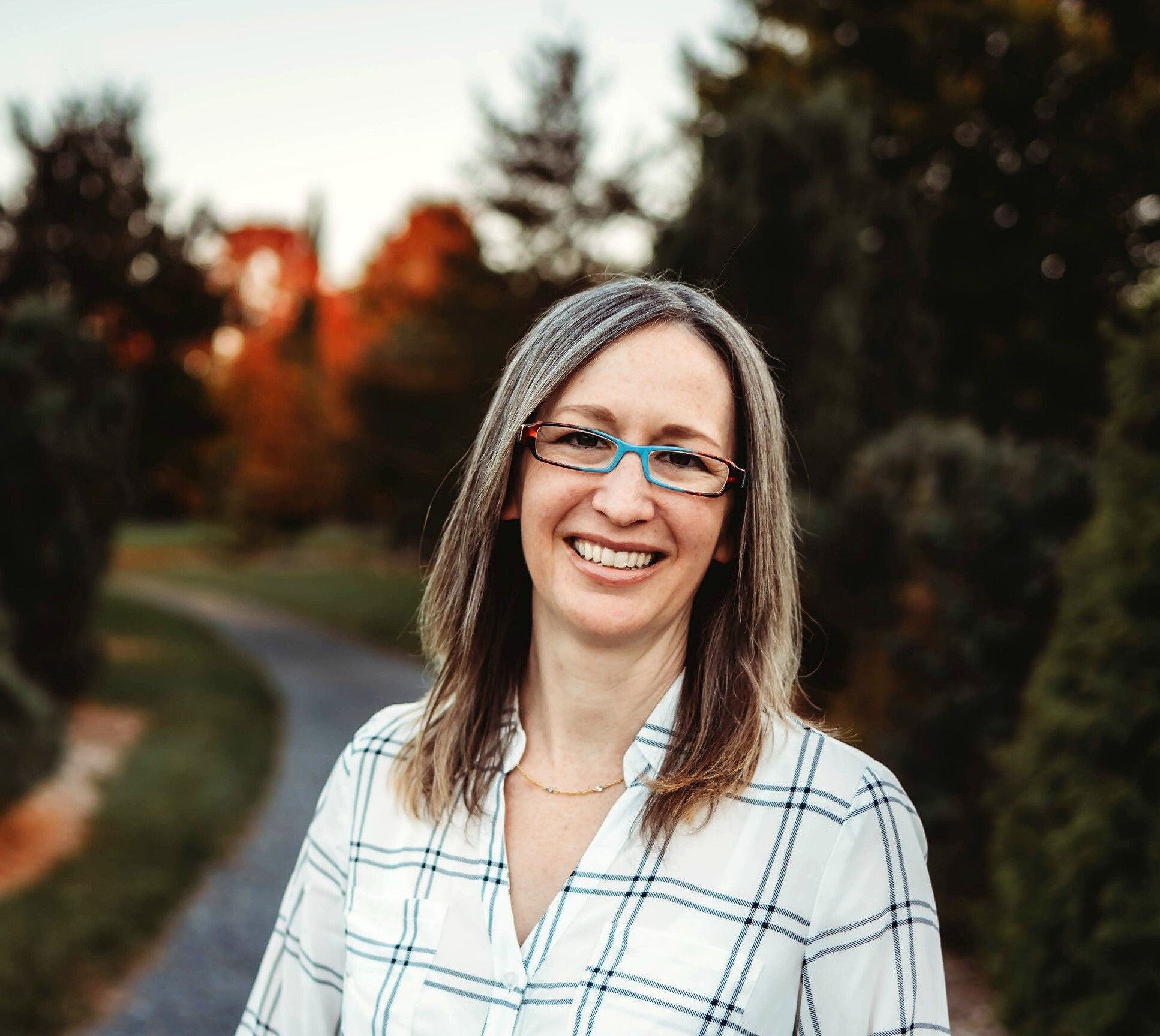 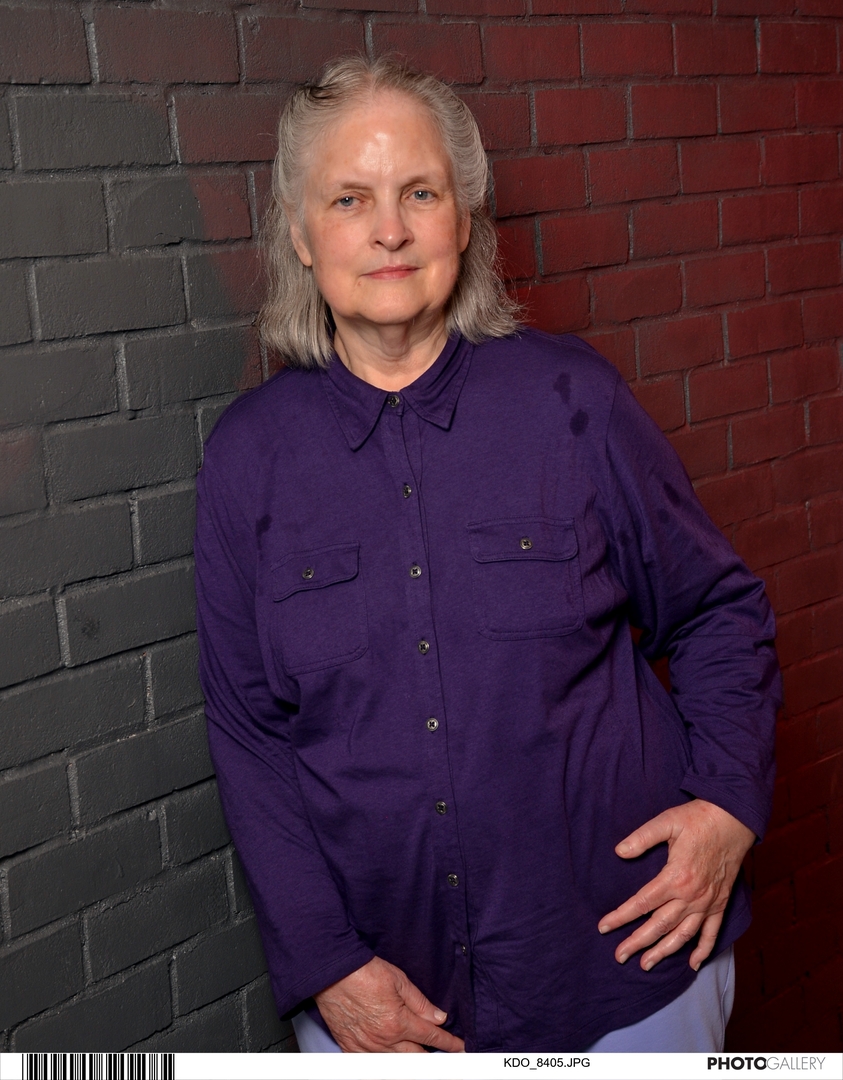 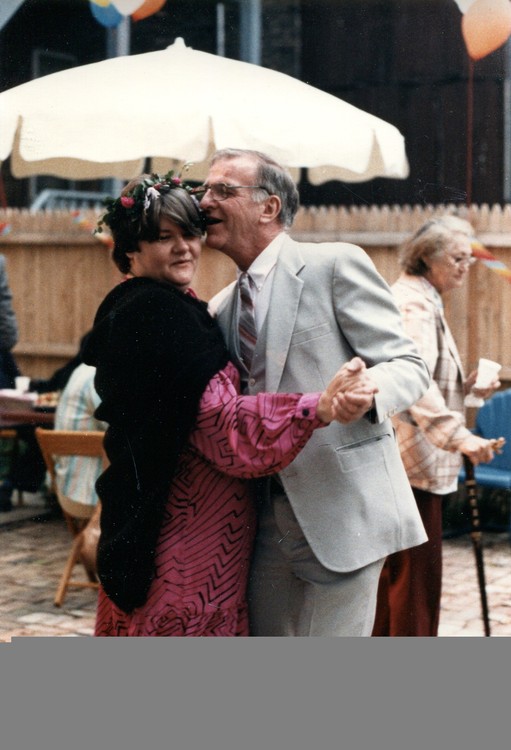 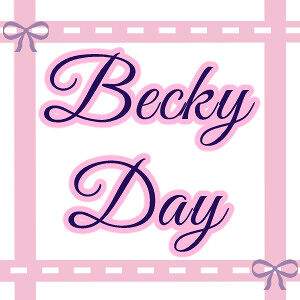 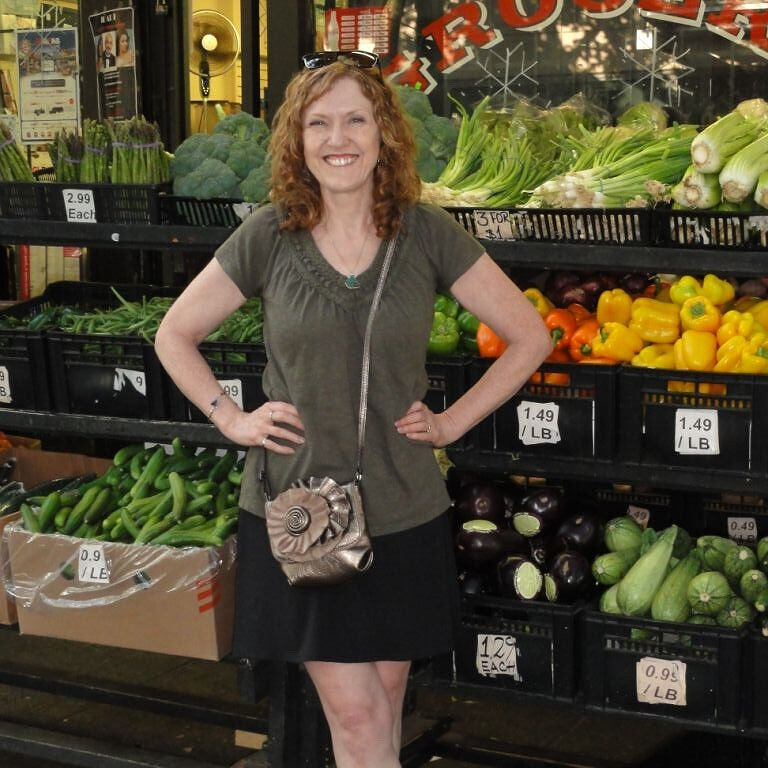 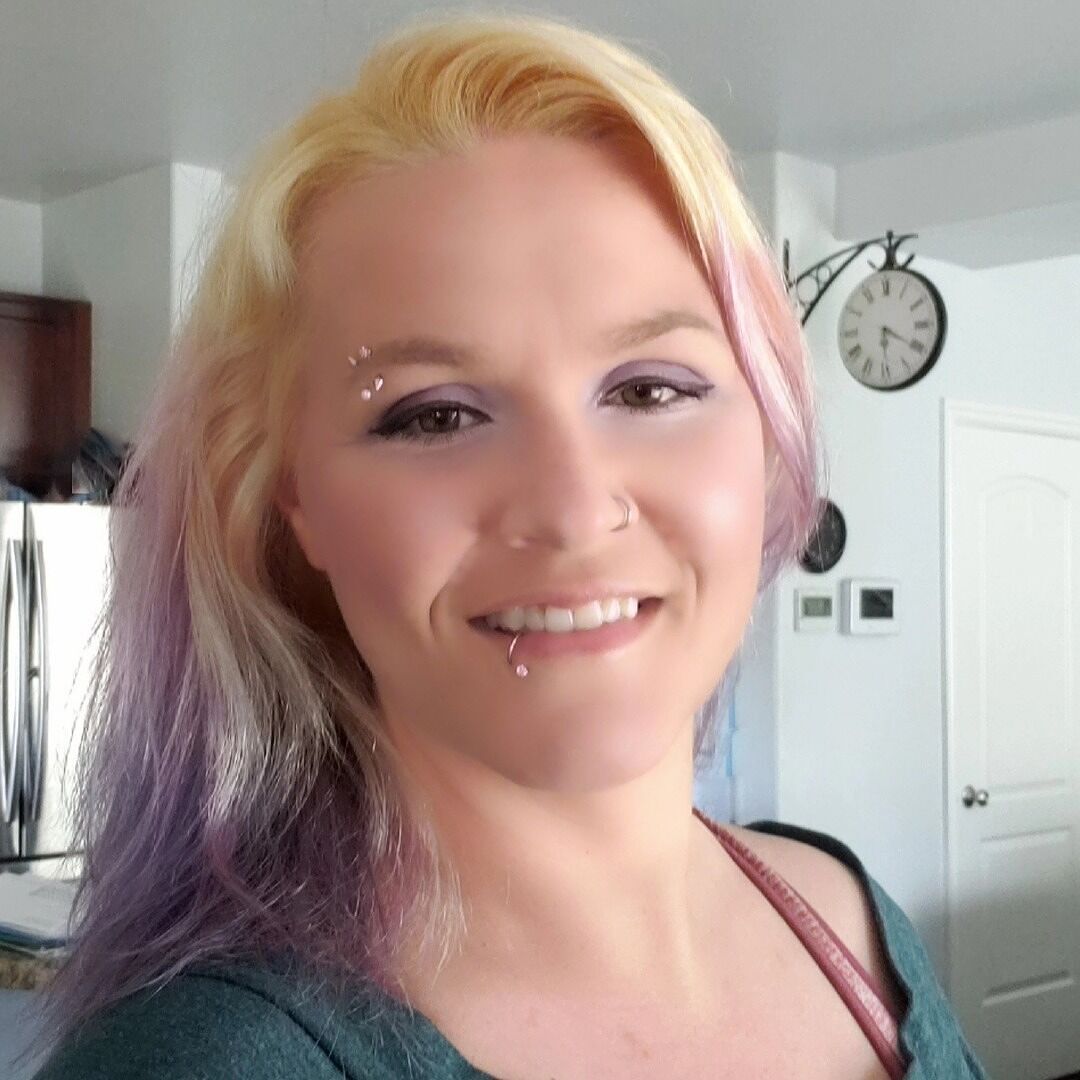 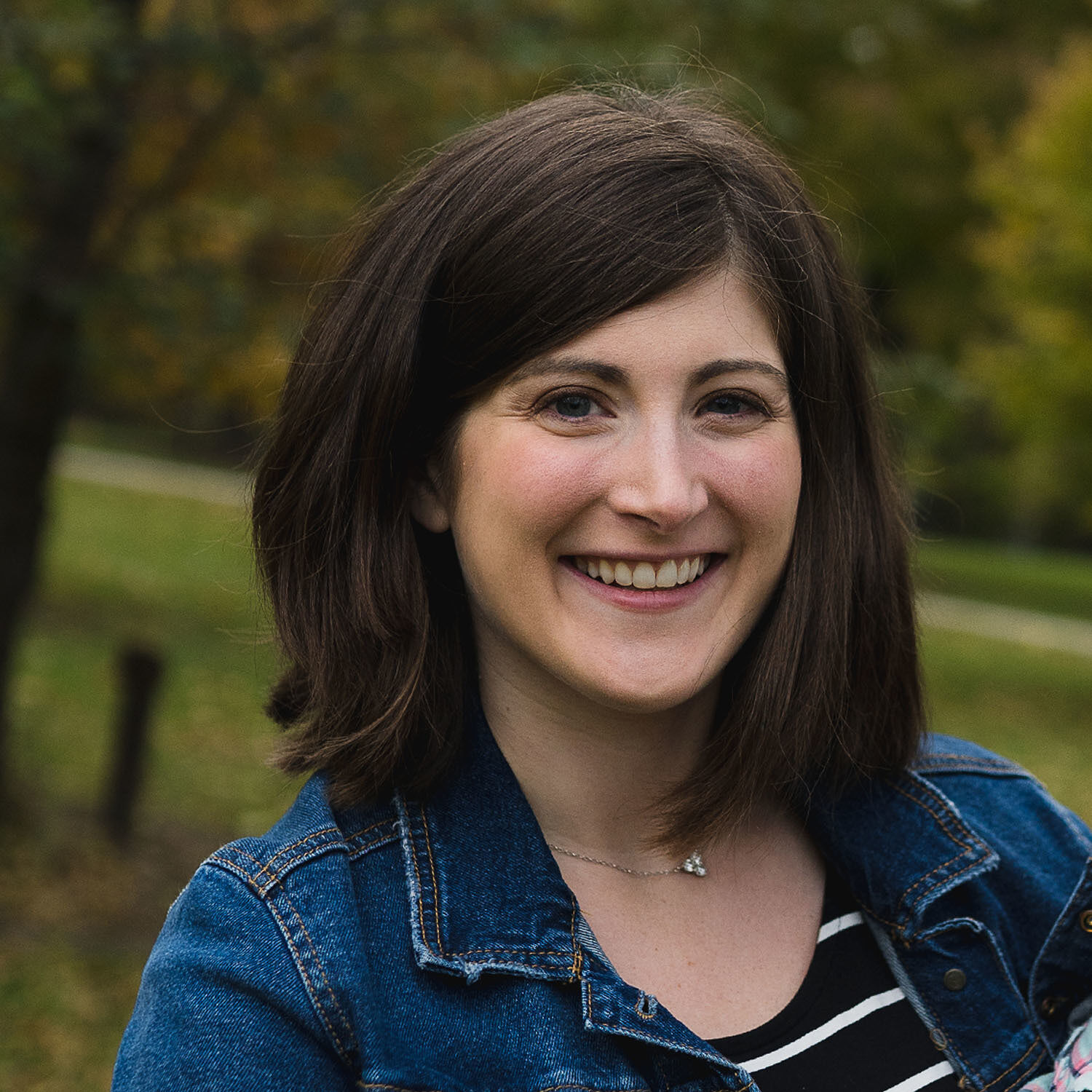 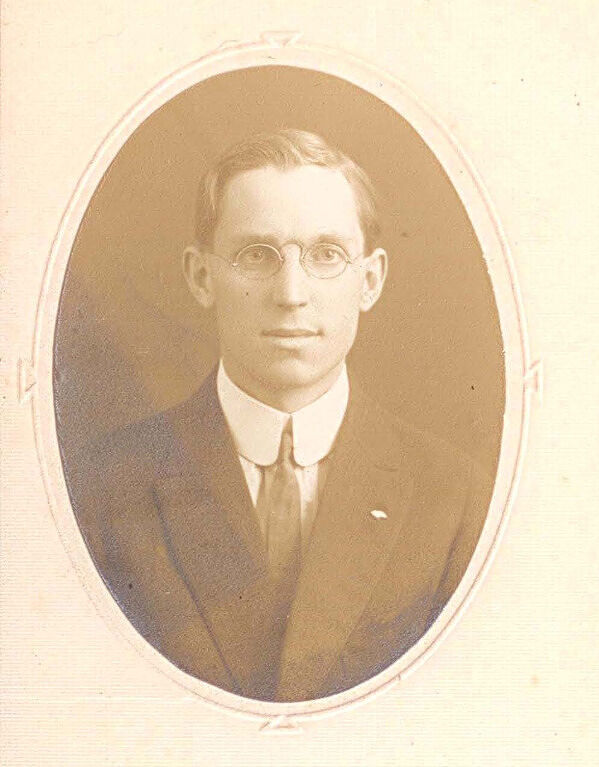 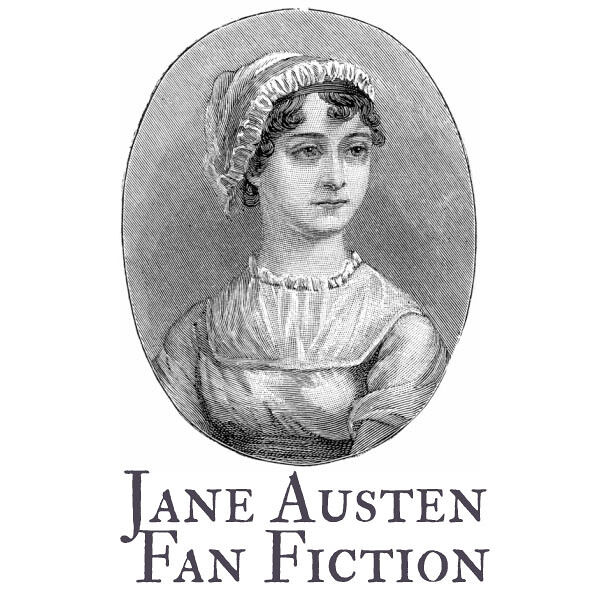 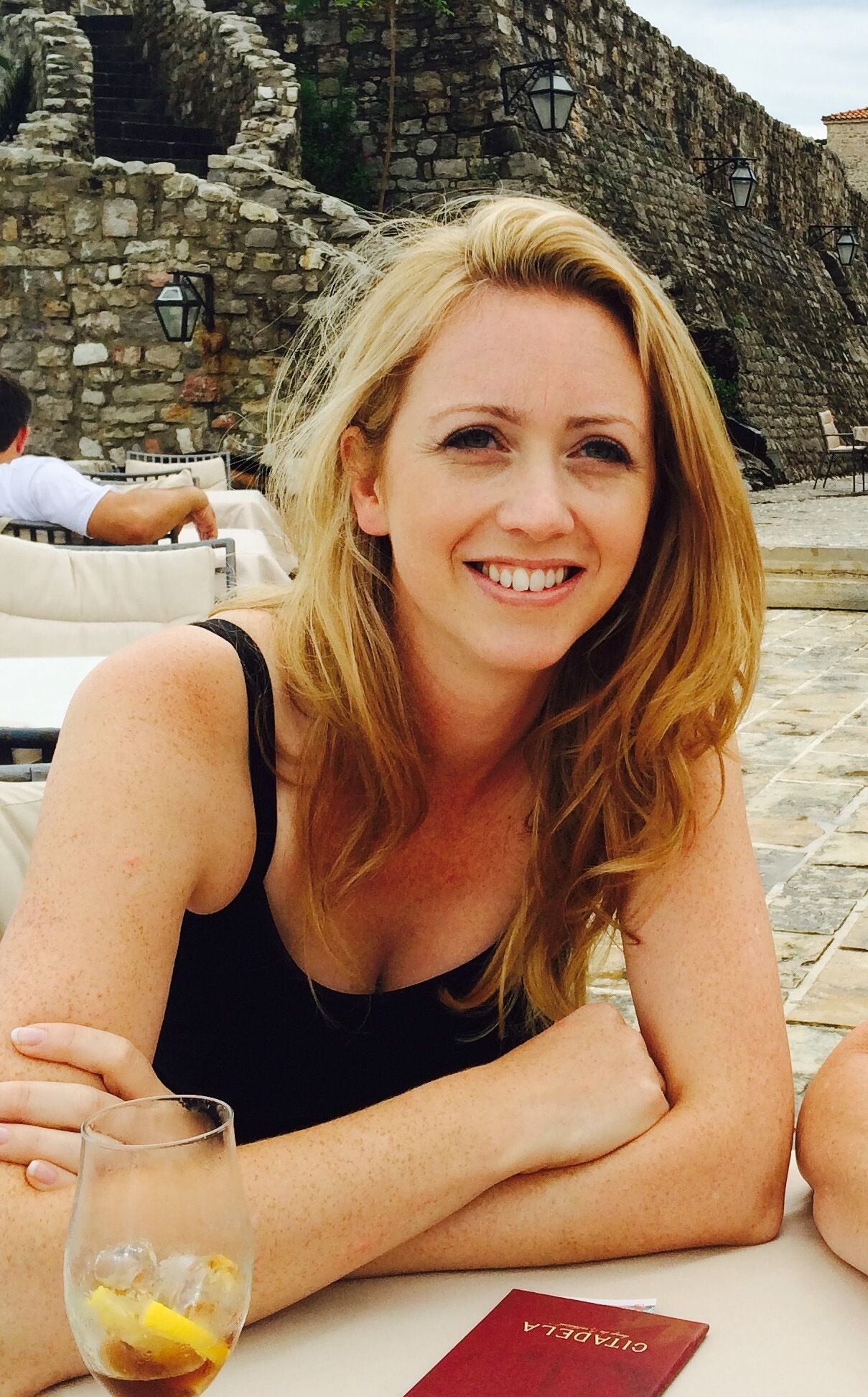 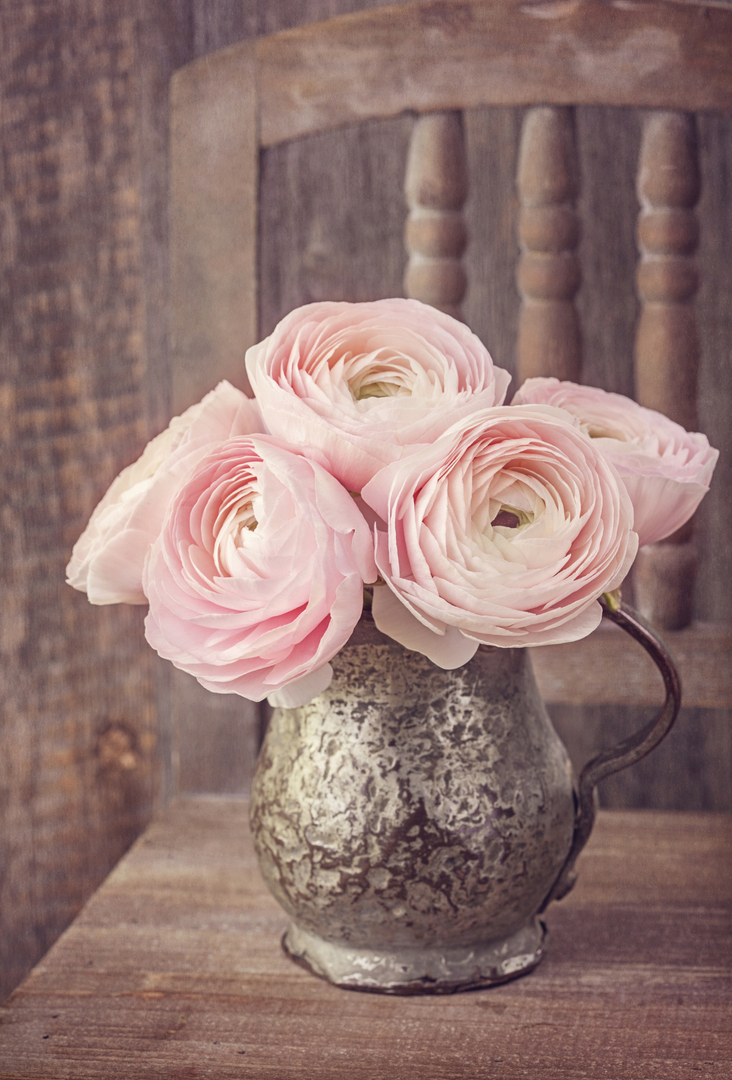 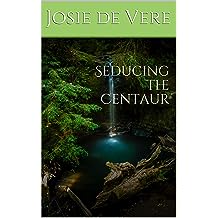 Brion is a formidable sight. His strong legs were that of a horse, the curled horns which crowned his head were that of a ram, all accented by his deep locks of auburn hair outlining his handsome face, and strong manly frame. In a playful game of seduction, Imbi sets her sights on his unique masculinity to quell her erotic urges, only to have her desire further fueled by his dismissive nature. You see, satyrs are supposed to pleasure nymphs, but Brion's unique lineage of centaur and satyr give him the option as to whether or not he participates in such pleasures. So Imbi employs tactics from the sirens of the sea to seduce the beautiful Brion, but the one he encounters that night in the glade is not Imbi, but rather a stranger who has more than seduction to offer up to his altar of desire.
Read more 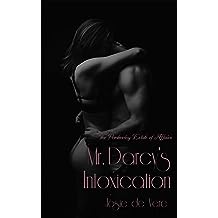 Mr. Darcy's Intoxication (The Pemberley Estate of Affairs Book 3) Jun 18, 2022
by Josie de Vere
( 3 )
$0.99
Mr. Darcy looks on as his wife, Elizabeth Darcy (née Bennet) and her favorite lover, Able Bray, experience a passionate exchange. Darcy, unsure of what it is between the lovers, realizes that his physical intoxication may fetch a similar enlightenment that the couple, intoxicated by their intimacy, seem to have found.
Read more 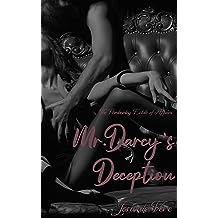 Mr. Darcy's Deception (The Pemberley Estate of Affairs Book 2) Mar 5, 2022
by Josie de Vere
( 4 )
$1.49
Mr. Darcy and Elizabeth Bennet have settled into their life at Pemberley. The whirlwind romantic love they had experienced when they first wed has worn off. And now they have now begun to find their place in their new life - as lovers to each other, and to the lovers they welcome into their bedchamber.

Mr. Darcy, having lived a life of strict discipline, has begun to see that he has been finding balance in his life by indulging in the most extreme abandon. For years he has taken lover after lover, in search of momentary relief from this deep ache. And since they wed, Elizabeth had joined him. But lately, Darcy has begun to see that he may have gone too far. Now, as he indulges in an affair at Rosings, with Colonel Fitzwilliam bearing witness, he sees that this abandon was only helping him glimpse the fleeting peace he frequently, and so desperately desired. And all this time he searched for peace, he had encouraged Eliza to do the same. Thinking that she needed the same. But now he clearly sees that he had been deceiving himself.

The trouble is, Elizabeth doesn't need the same. That he can clearly see now. But with her exploring her own needs in the hands of her most favored lover, Able Bray, the permissions Darcy granted her to explore and indulge have quickly begun to threaten the life he had come to know. Darcy has opened up the world for her to figure out what it is she truly wants. Only now, he doesn't know if she wants him anymore.
Read more 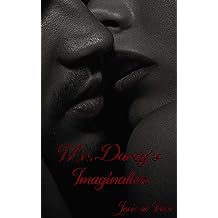 Mr. Darcy's Imagination (The Pemberley Estate of Affairs Book 1) Dec 19, 2021
by Josie de Vere
( 4 )
$0.99
Mr. Darcy had the best of intentions when he restated his intentions to Elizabeth that spring morning on the path to Meryton. He truly thought that being a changed man would be easy, especially after having been so inspired by his affections for Ms. Bennet. But replacing the man he was with the man he had hoped he could be was proving more difficult than he had anticipated.

Furthering the complication of their marriage, Darcy's unique proclivities had encouraged and nurtured an affair between his wife and a very wealthy, and devilishly handsome landlord from a neighboring county, Able Bray. And at present, he was thoroughly enjoying having Elizabeth recount the details for his pleasure.

It was obvious to Darcy that the affair had also become a particular pleasure for Elizabeth. What he didn't know was that she had begun to realize that being married to Darcy, while fortunate, wasn't all that she had hoped it would be.
Read more 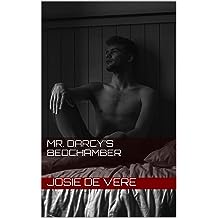 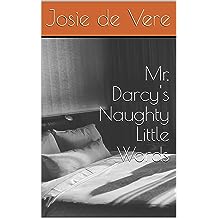 Mr. Darcy's Naughty Little Words (Pemberley Estate Series Book 7) Feb 15, 2020
by Josie de Vere
( 3 )
$0.99
A new installment in The Pemberley Estate Series has arrived! Mr. Darcy's Naughty Little Words shares with you the humble beginnings of the Darcy's sexual exploits. Early on in their bedchamber, Mr. Darcy began subtly raising Elizabeth's awareness of her sexuality, planting the seeds of curiosity in her ever curious mind. Much to his pleasure, the seeds have taken root and while Elizabeth is always happy to please her husband, she is equally as happy to please herself. Once again, Mr. Darcy finds that his wife doesn't disappoint when he discovers that she has cultivated a virginal stablehand explicitly for their shared pleasure. In this short story, the three gently explore sexuality, fantasy, and fetish all exposed for your pleasure.
Read more 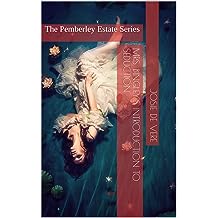 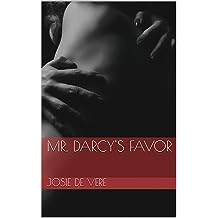 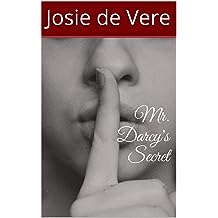 Mr. Darcy's Secret (Pemberley Estate Series Book 1) Jan 14, 2020
by Josie de Vere
( 4 )
$0.99
Mr. Darcy is righteous and ever a gentleman, but now that he is married, he and Elizabeth have uncovered a tiny fetish between them and let only their most cherished friends into the fold. A titillating quick read, Mr. Darcy's Secret is a direct look at the secret sexuality the Darcy's would never present to society.
Read more 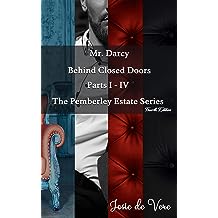 Darcy watches his, and his wife's, proclivities unfold into a very different scenario as she slips further from him and into the arms of her favored lover, Able Bray. And while he enjoys the exhibition of her attraction to Bray, he finds himself on a journey of self awareness in hopes of finding himself so he may regain her favor.
Read more
Other Formats: Kindle 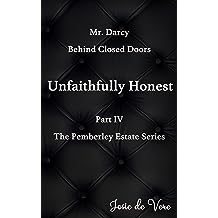 Mr. Darcy Behind Closed Doors Part IV: Unfaithfully Honest (Pemberley Estate Series Book 20) Sep 4, 2021
by Josie de Vere
( 3 )
$2.99
Without further ado, the final installment of the stories between the stories of The Pemberley Estate Series has arrived. With the help of his friend (and occasional lover), Charles Bingley, Mr. Darcy digs deeper into his existential depths as he continues his quest to understand what drives these erotic behaviors which have threatened all he holds dear. While this is not the end of Mr. Darcy and Elizabeth's escapades at Pemberley, this is the turning point for Mr. Darcy. It is the moment he discovers that how he sees in others is how he sees himself. Unfaithfully Honest.
Read more 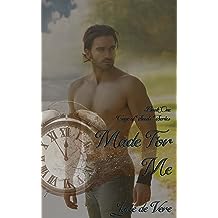 Made For Me (Cage of Souls Book 1) Jan 5, 2022
by Josie de Vere
$1.99
"Life imitates art." Truer words have never been spoken, especially according to amateur author, but mostly frivolous writer, Deidra Canon. Deidra has found herself, as the dust of her life's circumstances began to settle, divorced and (clumsily) attempting to stitch the remnants of her life back together. But what she mostly found herself was alone.

It had been years since she had penned her most popular books in the Cage of Souls series, and while she wrote that story for herself, she was happily surprised that other people enjoyed the tale of her perfect lover, Ezra Holmes, and his exploits in America's Old West to save the damned soul of one woman alongside his lover who had arrived to him from another time. He was handsome and brave, wise and perfectly flawed, which of course perfectly favored his time traveling lover. He was also the last face that Deidra saw in her mind before drifting off to sleep, and this night was no different. But what was different was her willingness to press her mind harder to explore the confused reality between body and mind during a private, and particularly heightened erotic moment.

It was in this space, this void, where "Made For Me" embarks. It is in this space where perhaps the soul exists, that Deidra loses touch with one reality and unwittingly gives herself over to another space and another time. It is how she came to find herself in the arms of her personally crafted lover, Ezra Holmes. It is also here where she will have to figure out where...and who...she is going to be.
Read more