The Journalist: Life and Loss in America's Secret War and millions of other books are available for Amazon Kindle. Learn more
Share <Embed> 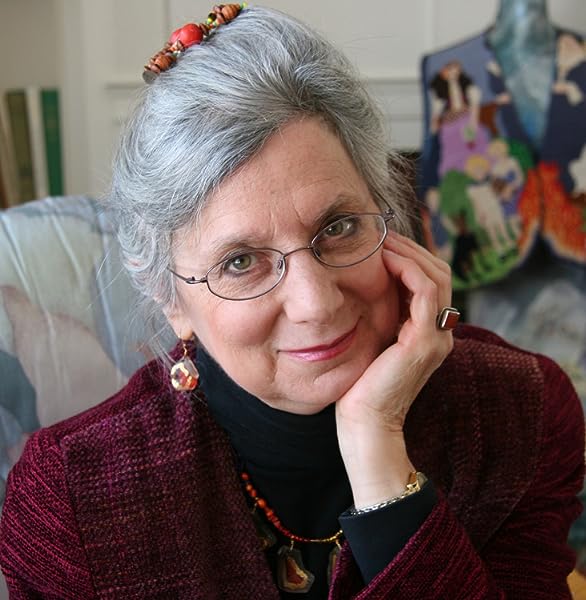 by Jerry A. Rose (Author), Lucy Rose Fischer (Author)
4.3 out of 5 stars 16 ratings
See all formats and editions
Sorry, there was a problem loading this page. Try again.

"A thoughtful, revealing look at the early years of the war in Vietnam from one of the first reporters to cover it. This book sits well alongside The Mark, Street Without Joy, and other essential frontline reports. Readers will feel as if they’ve been in the firefights Rose describes, an immediacy both thrilling and frightening." ―Kirkus Reviews, starred review "Passionate and gripping, The Journalist is the story of Jerry Rose, an acclaimed American journalist who gave his life to tell the hidden truth about the US’s involvement in the bloody, divisive Vietnam War. Profound, disturbing, and humane, The Journalist illuminates the Vietnam War in the words of a courageous, gifted man who dedicated his life to telling the truth, no matter what it cost him." ―Foreword Reviews "Jerry Rose, as a young journalist in Vietnam in the early 1960s, was an intimate witness to the beginnings of the tragedy that became America’s Vietnam War. This riveting memoir is a chronicle of ambition, war, love, and loss." ―Judy Bernstein, author of They Poured Fire on Us and Disturbed in Their Nests "Fischer's writing style gripped me from her very first words and carried me along a page-turning journey. I held my breath until the end. This is a do-not-miss piece of literary gold. An instant classic." ―Marni Freedman, founder of the San Diego Writers Festival, and author of Permission to Roar "Destined to be a Blockbuster. I have no doubt that in a few year's time, we will see Jerry's life on the big screen. It's that good." ―Carlos de los Rios, screenwriter and producer of Diablo and The Da Vinci Treasure "I am astonished by Jerry's story of courage and truth-telling, but even more so by his sister and author Lucy Rose Fischer, who is able to bring his story to life long after his death, in a fascinating read that keeps you turning the pages until the very end." ―Elizabeth Eshoo, author of Masai in the Mirror, Winds of Kilimanjaro, In Shaking the Tree, and II and III

Jerry Rose published feature articles and photographs in Time, The New York Times, The Saturday Evening Post, New Republic, The Reporter, and other news venues. He authored two books: Reported to be Alive (Grant Wolfkill, Simon and Schuster, 1965) and Face of Anguish (Free Asia Press, 1965), a book of his photographs. He had an MA from the Iowa Writers Workshop and also published fiction in literary magazines. He is deceased and this memoir was created with the help of his sister and co-writer, Lucy Rose Fischer.

Lucy Rose Fischer, an award-winning Minnesota author, artist, and social scientist, is the author of five previous books: Linked Lives: Adult Daughters and Their Mothers (Harper and Row, 1986, translated into German); Older Minnesotans (Wilder Foundation, 1989); Older Volunteers (Sage, 1993, NSFRE Research Prize); I’m New at Being Old (Temuna Press, 2010, Independent Publishers Gold Award and Midwest Book Award); and Grow Old With Me (Temuna Press, 2019), as well as more than 100 professional research articles. She has a PhD in sociology and an MA in Asian Studies. She currently resides in Minneapolis, Minnesota.

Start reading The Journalist: Life and Loss in America's Secret War on your Kindle in under a minute.

Dori Jones Yang
5.0 out of 5 stars Enchanting, immediate, high-stakes
Reviewed in the United States on November 28, 2020
Verified Purchase
The Journalist enchanted me from page 1 with present-tense immediacy, first-person authenticity, vivid action, and high-stakes scenes. Jerry Rose, a budding American writer and artist, goes to Vietnam to teach English in 1959 and stays to work as a journalist covering the earliest days of US military involvement there.

Jerry comes across as amiable and admirable, someone I wish I had known as a colleague and friend. He is high-minded and thoughtful and committed to a vision of the future of Vietnam he absorbed from close Vietnamese friends—yet also prescient about the dangers of a US build-up of troops in Vietnam just as American involvement there was starting to expand. He recognizes and predicts the pitfalls our US military and political leadership failed to see—despite the prominence of his articles in Time, the Saturday Evening Post, and elsewhere. He takes risks to get on-the-ground reporting in remote places, so committed that he missed the births of both his children in Hong Kong, and even briefly joins the Saigon government as an adviser, hoping to be part of the solution. A plane crash in 1965 cut short his life and robbed his family and the world of a brilliant mind.

As a writer, I am in awe of how Jerry Rose's strong, lilting prose comes through—decades after his death—mixed seamlessly with that of his sister, who resurrected his story from journals and letters and articles he wrote. Melding the two voices and selecting the details most relevant to readers today in a way that makes sense to us in 2020 is extremely hard to do, and Lucy Rose Fischer has achieved it. A masterpiece!

Amazon Customer
5.0 out of 5 stars The Tragedy of a Generation
Reviewed in the United States on August 16, 2020
Verified Purchase
This is just not another Vietnam War memior. Rose was not just a journalist, but a writer of immense talent. He wrote of the horrors of war not as facts, but from a deeper human perspective of the people who were there who dreamed of solutions. His sister captures the artist at war so beautifully. She also reminds us of the sacrifices the families went through while we sat in our homes watching and reading as the war mushroomed. When you finish, the terrible tragedy of Vietnam and the loss of so many talented lives leaves you in tears. This is a great tribute to a wonderful artist whose dreams were cut short while he struggled to let us know the people behind the struggles that became the tragedy of Vietnam.
Read more
Helpful
Report abuse

barbara reid
5.0 out of 5 stars Intimate and Personal
Reviewed in the United States on October 5, 2020
Verified Purchase
This is a loving memorial to journalist/artist Jerry Rose by his sister, Lucy. Because is is based on his personal diaries and letters it becomes a very intimate way for the reader to experience Jerry's journey through the early days of the tragedy of Vietnam. The story of the book is not an objective journalistic account, but the personal impact of events on a writer living and working among Vietnamese friends in a country he had grown to love. The pain is up close and personal. Read it for a new perspective.
Read more
Helpful
Report abuse

Stephannie
4.0 out of 5 stars Blind pick
Reviewed in the United States on November 5, 2020
Verified Purchase
Bought this after a very random selection method. So far, so good.
Read more
Helpful
Report abuse

Angela
5.0 out of 5 stars A Look at the Life of a War Journalist
Reviewed in the United States on August 12, 2020
The Journalist Shares a Vivid, First Hand Account of the Vietnam War. As Lucy Rose Fischer shares her brother's story--readers are treated to hearing his personal perspectives via his journals and memoirs and historical publications and memories of the times. The journalist's views bring light to the war's human experiences that differ from most accounts I have read. As a memoir fan and a history lover--reading the authors' collaboration brought a very unique image to the early years of the Vietnam War. Lucy Rose Fischer does a beautiful job bringing her brother's stories to life in an order that is very engaging and educational to readers.

The Novel Shares a War Journalist's Life. We often forget the roles that journalists have played in sharing and exposing events and details of wars and conflicts around the world. This novel chronicles the passion and desire that drove Jerry A. Rose to investigate the Vietnam War. The personal insights into the journalist and his personal/professional life bring a unique perspective to the realities of war--and the often-overlooked casualties.

Would I Recommend The Journalist: Life and Loss in America's Secret War by Jerry A. Rose and Lucy Rose Fischer? I love memoirs--and, over the past year, I have read several books focused on accounts of the Vietnam War. I loved the way that Lucy Rose Fischer shared her brother's story and reflected on the life and loss of her brother and a reporter with an award-winning eye for stories. If you enjoy memoirs and have an interest in accounts of the Vietnam War--I think this book should undoubtedly be on your reading list.

I received a copy of this book from the author or publisher for use in a blog review. All opinions are my own.
Read more
Helpful
Report abuse
See all reviews
Back to top
Get to Know Us
Make Money with Us
Amazon Payment Products
Let Us Help You
EnglishChoose a language for shopping. United StatesChoose a country/region for shopping.
© 1996-2021, Amazon.com, Inc. or its affiliates