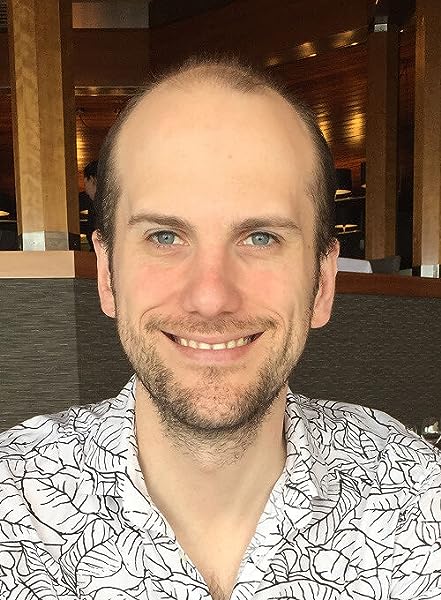 13 Journeys Through Space and Time: Christmas Lectures from the Royal Institution Hardcover – November 3, 2016

by Colin Stuart (Author), Tim Peake (Contributor)
4.8 out of 5 stars 62 ratings
Book 1 of 3: The RI Lectures
See all formats and editions
Sorry, there was a problem loading this page. Try again.
An exploration of space and time and a journey of discovery, through 13 of the most fascinating Christmas Lectures given at the Royal Institution of Great Britain over the last 200 years. With a foreword by ESA astronaut Tim Peake. Started at the Royal Institution (RI) in 1825 by Michael Faraday, the Christmas Lectures have been broadcast on television since the 1960s and have formed part of the British Christmas tradition for generations. First devised to attract young people to the magic of science through spectacular demonstrations, they are now watched by millions of people around the world every year. Drawing on the incredible archive at the RI, which is packed full of handwritten notebooks, photographs, and transcripts, this book will focus on 13 of the most captivating Lectures given at the RI on space and time, taking a look at what we thought we knew then and what has been discovered since.
Read more
Previous page
Next page

"About the size and weight of a large slab of chocolate but far more nourishing." —Daily Telegraph

"Extra special . . . An excellent book for anyone interested in space and time." —One Giant Read

"Perfect with a slice of Christmas cake." —
BBC Focus Magazine

Colin Stuart is a space geek who talks to tens of thousands of people about the stars every year. A freelance science writer too, he has written for the Guardian, Observer, New Scientist, and the European Space Agency. He has been a runner-up in the European Astronomy Journalism Prize and is the author of several books, including The Big Questions in Science and Why Space Matters to Me. A fellow of the Royal Astronomical Society, he's talked about the wonders of the universe on Sky News, BBC News, and Radio 5Live.

Colin Stuart is an award-winning astronomy author and speaker who has talked to half a million people about the universe. His books have sold more than 400,000 copies worldwide and been translated into 21 languages. He's written 200+ popular science articles for The Guardian, Wall Street Journal, New Scientist and the European Space Agency amongst many others. He won the 2020 The Margaret Mallett Award for Children's Non-Fiction. In recognition of his work to popularise astronomy, the asteroid (15347) Colinstuart is named after him. Also a fellow of the Royal Astronomical Society, he's talked about the wonders of the universe on Sky News, BBC News and Radio 5Live.

Sonia C
5.0 out of 5 stars great book
Reviewed in the United Kingdom 🇬🇧 on May 6, 2017
Verified Purchase
This was originally a gift by a special friend. The downside was the text size, being partially sighted it was difficult to read. Managed to read first lecture, then decided to buy it as an e-book. Problem solved. Have watched The Christmas Lectures from the beginning of TV showing so this is a special book.
Read more
One person found this helpful
Report abuse

Anon
5.0 out of 5 stars Brilliant
Reviewed in the United Kingdom 🇬🇧 on January 24, 2020
Verified Purchase
Comprehensive - surely the E=mc2 to get a good understanding of things - brilliant.
Also an excellent gift.
Read more
One person found this helpful
Report abuse

Rhumpus
5.0 out of 5 stars Lovely to read
Reviewed in the United Kingdom 🇬🇧 on December 23, 2017
Verified Purchase
Christmas lectures... If they mean anything to you then this will.
Lovely collectors binding.
Maybe a bit brief.
Read more
One person found this helpful
Report abuse