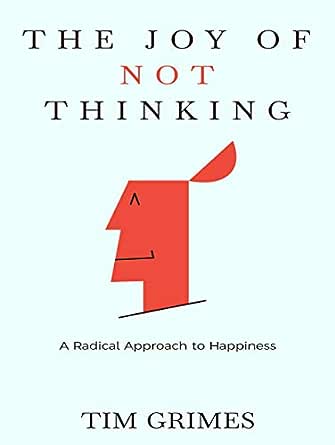 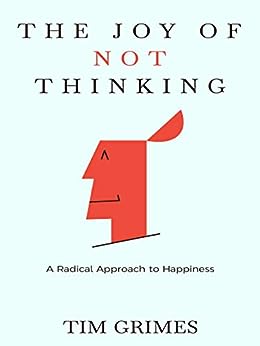 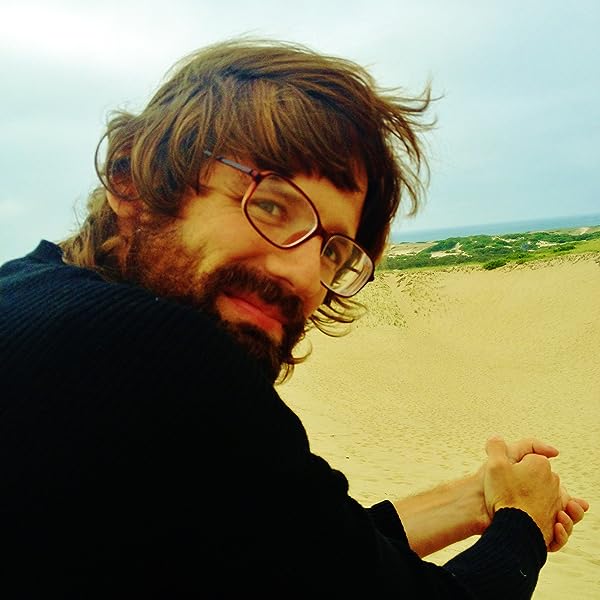 The Joy of Not Thinking: A Radical Approach to Happiness Kindle Edition

"Tim's ideas on relaxation have revolutionized my life."
- Donetta R.

"Tim Grimes has written some of the most staggeringly to the point and useful 'self-help' books out there."
- Jen B.

"I highly recommend Tim's work to everyone I meet who is interested in manifesting their desires."
- Norm M.

"Tim has discovered a hidden 'way' to happiness that has been there for ages. It's so paradoxical that almost everyone misses it."
- Steve M.

When I was sixteen, I had a mental breakdown. It happened while I was on vacation in the Caribbean with my family. I'd been reading an old Zen book, and it did me in. I'd experienced some strange mental states before, but this was different. As I read this book, death moved to the foreground of all my thoughts - and then stayed there. I found myself in a tropical paradise, terrified. Living seemed too cruel to carry on with. Buddha had said all life was suffering and all that meant was that everything was hopeless. There was no way out. Escape was impossible. When you looked at things soberly, it was obvious. Life, inevitably, was really just suffering and death.

I kept this anxiety to myself as best I could. There was nothing to say anyway. No one could help. I was helpless, mortified, but aware that I was unable to do anything about it. The stress began to wear on my body. It felt worse and worse. I would have killed myself right there if death didn't scare me even more than life. I reasoned if I killed myself at least this particular suffering would be over.

These feelings peaked and then went on, and on, and on. At some point, I took a drive with my family to a beach on the other side of the island. It was bad. My insides felt as if they were being torn out. I didn't understand what was happening. I felt like vomiting but couldn't. Finally, we arrived at the beach. I sat under a tree, in the shade, trying to act sane.

And then I thought I died.

Something happened and then nothing. And then there was something again. I don't know. Was I dead? I looked around and realized I wasn't. I was on the beach, under a tree. But there was no "I." Everything was different. Everything had dropped off. Where was "I"? I didn't exist. What was happening? What was this? It was indescribable. You couldn't describe this. Any description was pointless. Everything was perfect just as it was, but at the same time, it wasn't that. Because there was no everything. There was nothing at all. There was no need to describe anything ever again because there was nothing. Words and description were meaningless. Nothing was real. Nothing mattered!

And this was, undoubtedly, the best news possible. The greatest realization I could wish to have. Yet that couldn't begin to explain how good this was. It was way beyond any conception I could come up with. Everything, and everybody, was saved. That was clear. Everything was fine - now and forever. Nothing needed to be done, ever. The whole thing - life, death, reality, individuality, good, bad, right, wrong - was a lie. An illusion. A sham. Everything just was - just is.

And this was perfection, beyond any belief, rationalization or label I could ever put on it. It made no sense, and it was perfect. It was before time itself. It transcended thought, was past my comprehension. Thought created all this suffering - and thought itself was not real. Without thought, all was grace - always. It was all blissfully and blatantly simple, yet totally illogical. I sat on that beach, thunderstruck. It was laughable. Whatever you thought, it didn't matter. Thought had nothing to do with anything real. Everything was always perfect, no matter what you thought...
These types of ineffable moments happen to some people. Maybe they happen to many people. Maybe something similar has happened to you. That experience, which wasn't really an experience and can't adequately be described, or explained, shaped my life. However, "I" gradually came back. Slowly, the inexpressible joyfulness faded, and as time went on, "I" started to feel like I was suffering again. My life again became, more or less, like that of a regular teenager.

But I wasn't the same as before. Something had shifted. I saw that thought was what caused my suffering. And if I wasn't thinking, I wasn't suffering. Suffering was an illusion created by thought. And thought, ultimately, wasn't real. Without thoughts, there is peace. Without the thought of an "I," there is grace. And with thought, there is this deep peace too - it's just we think there isn't. Regardless, all is good, it's just we usually completely fail to recognize it.

While I had perceived this truth, replicating that beach experience seemed impossible for me. I spent the next decade vainly searching for ways to do it, only to gradually realize that I was getting nowhere. Those moments - when you're beyond thought and time itself seemingly drops away - utterly blow away any idea you may have had for them. Every single time. You don't make it happen; it makes you happen. In such a way, the truth is always blindingly, brilliantly bright. And, likewise, in such moments, we naturally ask ourselves the question: If everything already is perfect, what are we trying to transcend anyway?

What I pragmatically was able to confirm for myself, through my wayward searching, was that everything begins and ends with "thought" and "no thought." When our mind really quiets down, we inadvertently drop into profound stillness and peace. We automatically realize that everything is already fine exactly as it is. Everything is fine already. Everything is perfect. There's nothing you need to do.
I guess this is the only real spiritual lesson I ever took to heart, and it happened to me when I was sixteen years old by having a mental breakdown on the beach. In the years since, I've encountered many wonderful teachers who touch upon this subject, and maybe they've helped me better articulate the practical benefits of not thinking than when I was younger. But there's really nothing to explain or anything to get. Nothing I say - or anybody says - really means that much. I might tell you something that sounds interesting, but still it really misses the point. Reality is always better than whatever we think of it. The words in this short book might reinforce this for you, and you might find that helpful on a practical level. That's why I wrote it.