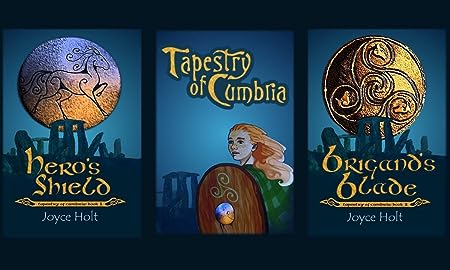 Forever fascinated by cultures of the past, Joyce Holt often steps away from the wired world. Spinning by drop spindle, weaving by loom or tablet, teaching "sprang" netting (a technique older than knitting). Acting in demos of the Dark Ages, garbed in historically accurate clothing of the times. Playing the Celtic harp, the langeleik, and the fipple flute. Translating old Norwegian folksongs into English.

In the Tapestry of Cumbria, one hot-headed young swordswoman gives her all in defense of her clan and the ancient Brytish way of life high in the mountains of Cumbria.

"A wonderful tale of dreams, hopes, foolish deeds, courage and friendship woven into a tapestry of myths and legends..." ~ J.C.

TROLL AND TRYLLERI carries you away to the troll-haunted mountains of 9th century Norway where three young women guard their secrets. The daughter of a king, plotting treason. Her unwilling maid, planning flight to freedom. An ugly goatherd, masquerading in the realm of mankind...

- ONE SEA, MANY SHORES: Tales on the Tides

Family history buffs, you can still find the diary and artwork of Frederick William Hurst here on Amazon as well as on Holt's site: 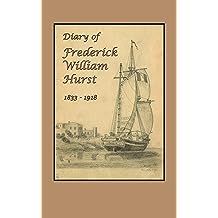 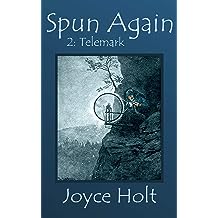 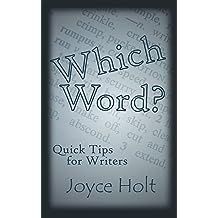 Which Word?: Word banks and rules of thumb (Quick tips for writers Book 1) Aug 26, 2020
by Joyce Holt
$0.99
A little reference book with quick tips, easy rules of thumb, and word banks for character creation, "Which Word?" is a must for every writer's shelf.
Read more
Other Formats: Paperback 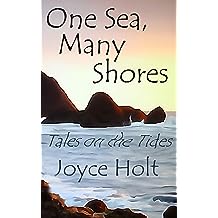 One Sea, Many Shores: Tales on the Tides May 28, 2019
by Joyce Holt
$2.99
One great sea wraps our world, lapping many shores, caressing all coasts with its never-ending tides.These pages hold tales from far-flung beaches, awash with folklore and history. Dip in for quick reads and glimpses of distant lands!
Read more
Other Formats: Paperback 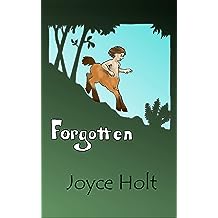 Forgotten Jan 26, 2019
by Joyce Holt
$0.99
A young centaur in the wildwoods, a naiad in a hidden pool-- Come wander through legend in this little picture book.
Read more
Other Formats: Paperback 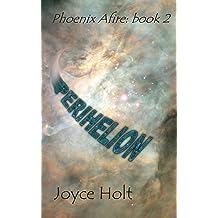 Perihelion (Phoenix Afire Book 2) Jan 2, 2019
by Joyce Holt
( 2 )
$2.99
Burning to avenge the murder of her beloved great-grandparents, Merica infiltrates the ring of corrupt scientists responsible for their deaths, tainting her own reputation on the way. Then naïveté trips up her idealistic scheme, and her exposé backfires. One step ahead of grim retribution, Merica flees for her life, leaving behind the only world she has ever known -- the interstellar lightship Phoenix. On the terraformed planet Cresh, every effort to salvage the situation meets with disaster. Have all her sacrifices been for nothing?
Read more
Other Formats: Paperback 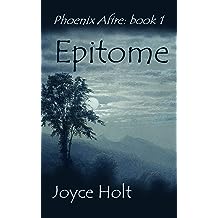 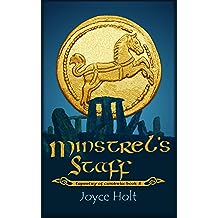 Minstrel's Staff (Tapestry of Cumbria Book 5) Nov 14, 2018
by Joyce Holt
( 1 )
$2.99
Cast ahead through time once more, Gwen and Trystan travel a road perilous with danger. Another wave from afar has swept over the Isle of the Mighty. Haughty new conquerors hold rule over the land. The lore and glory of the Bryts has faded almost from sight. Torn apart by the tides of war and exploitation, Gwen's only hope to escape back to Trystan lies in giving up a secret she vowed never to reveal.
Read more
Other Formats: Paperback 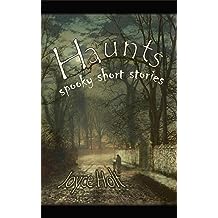 Haunts: spooky short stories Aug 28, 2018
by Joyce Holt
( 1 )
$2.99
They lurk half-hidden in shadows, under the forest eaves, around the bend ahead, behind the old stone wall...
...huddled in all their old haunts, just waiting for someone to wander by within reach.
This might be a good night to stay home.
Read more
Other Formats: Paperback 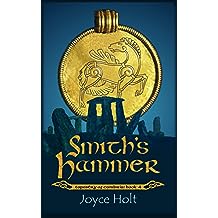 Smith's Hammer (Tapestry of Cumbria Book 4) Aug 19, 2018
by Joyce Holt
( 1 )
$2.99
If you're so foolish as to stray into the Otherworld, take great care to eat nothing, to drink nothing -- or when you return to your own realm, you'll find yourself whisked far from your own time.

Wandering adrift in the ninth century, Gwen and Trystan find no trace of their kin. Norse refugees have taken over the mountains of Cumbria.

Gwen burns to push further, to seek any lingering remnant of the proud, boisterous clans who once ruled the heights.

But autumn deepens toward winter. Trystan wants to shelter with the Northfolk until spring. And each day they linger, his roots sink deeper into the Norse way of life.
Read more
Other Formats: Paperback 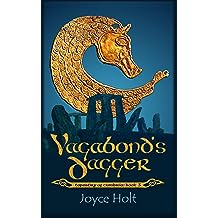 Vagabond's Dagger (Tapestry of Cumbria Book 3) Jun 10, 2018
by Joyce Holt
( 1 )
$2.99
Desperate to solve a nightmare riddle, Gwen and her companions skulk through lands recently stolen from the Brytish clans. They must evade ruthless Angul slavers, a monstrous serpent from the realm of the Wild Ones – and now a goorach. The reeking ogress keeps appearing on their trail, and each time gleefully wails the name of one soon to die.

The hag hasn't yet called the name of Gwen or her companions. How long will that last? For the vagabonds traipse deeper and deeper into peril...

Listen! The names now cried by the goorach belong not to a few weary travelers but to the Thirteen Kings of the North themselves! Their golden age comes to a close.
Read more
Other Formats: Paperback 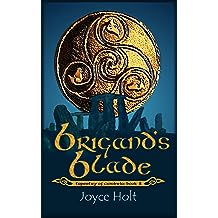 Brigand's Blade (Tapestry of Cumbria Book 2) May 17, 2018
by Joyce Holt
( 2 )
$2.99
Gwen of Raven's Crag hastens to the lowlands with dire tidings, but disdainful townsfolk pay no heed to the rustic Brigand. The brash young warrior soon learns that, in battle with narrow minds, words may prove as tricky to wield as a sword.

In the second book of the Tapestry of Cumbria series, seventeen-year-old Gwen fends off bigotry, an amorous shapeshifter, lecherous Frank traders, a man-eating kelpie, and her own rash impulse to leap into action without a moment's thought.

Throughout this ill-fated venture, Gwen scoffs at the tale of a stuttering maiden from three centuries earlier, a young woman lost between two cultures. This timeslip historical-fantasy sweeps readers from Gwen's time into the perilous moment when the Roman stranglehold on Britain nearly came undone.
Read more
Other Formats: Paperback