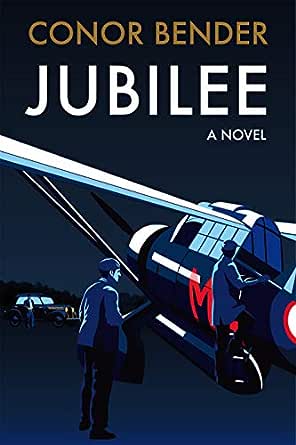 You've subscribed to The Ministry of Ungentlemanly Warfare Series! We will preorder your items within 24 hours of when they become available. When new books are released, we'll charge your default payment method for the lowest price available during the pre-order period.
Update your device or payment method, cancel individual pre-orders or your subscription at
Your Memberships & Subscriptions
There was an error. We were unable to process your subscription due to an error. Please refresh and try again. 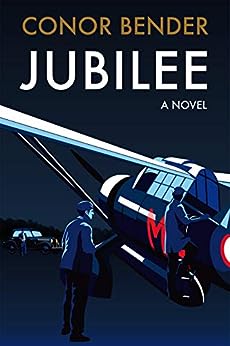 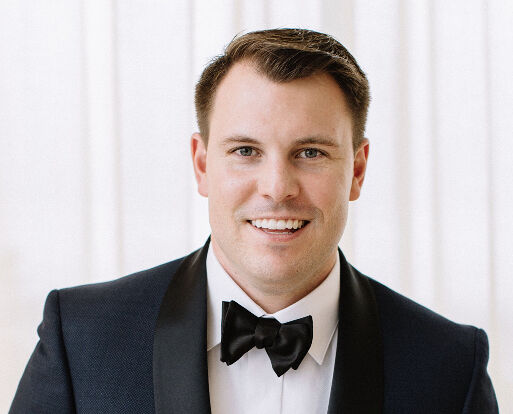 Jubilee: Book One of The Ministry of Ungentlemanly Warfare Series Kindle Edition 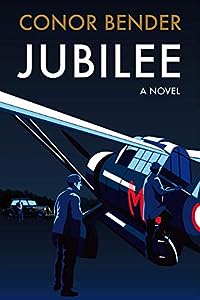 JUBILEE is a top-flight World War II thriller that pulses with energy and intrigue. Conor Bender takes us into Occupied France and delivers a page-turning story of spies, lovers, and enemies, and a high-stakes mission that could go terribly, terribly wrong. A spellbinding and deeply satisfying thriller.
Michele Rubin, Cornerstones U.S
Taking known historical facts, author Conor Bender skillfully weaves a compelling human story in his first novel, "Jubilee"... Jubilee's authenticity comes from the fact that the characters are not superheroes; they are real people, facing real danger, forced to maker real decisions... Seventy-eight years [after Operation JUBILEE], writing a book titled "Jubilee" is appropriate and Bender does it honor.
Sherry Tuffin, WWII Historian for the Yankee Air Museum

JUBILEE is a tale of courage, compassion, and bravery not just in the face of Nazi aggression, but also against self-serving allied leaders. Desperate to go on the offensive and eager to receive the credit in doing so, some senior officers will sacrifice anyone and anything for the war effort and their glory.
The idea for JUBILEE started while deployed with the U.S. Marine Corps in Sicily and Senegal.  Most of the characters that populate JUBILEE are the embodiment of the men and women with whom I served. My inspiration for characters like First Sergeant Adams and Sergeant Callum were these stellar non-commissioned officers and staff non-commissioned officers. These individuals taught me how to be a good Marine and an effective leader. Their personalities come to life in these characters.
I hope you enjoy JUBILEE. I look forward to sharing updates regarding the sequel set in West Africa.
Semper Fidelis,
Conor Bender

Conor Bender, born in Atlanta in 1990, went to the College of Charleston and graduated in 2013 with a degree in Classics. Upon graduation, he commissioned as a 2nd Lieutenant in the Marine Corps where he served as a logistician and foreign military advisor for six years. In 2019 the Marine Corps Gazette published an article from him, and it encouraged him to begin work on Jubilee. Mr. Bender currently resides in Dallas, Texas.
Read more

4.7 out of 5 stars
4.7 out of 5
36 global ratings
How are ratings calculated?
To calculate the overall star rating and percentage breakdown by star, we don’t use a simple average. Instead, our system considers things like how recent a review is and if the reviewer bought the item on Amazon. It also analyzes reviews to verify trustworthiness.

David Morgan
VINE VOICE
5.0 out of 5 stars Historical Fiction at its Best
Reviewed in the United States on September 20, 2020
Verified Purchase
In this extensively researched novel we follow some of the airmen, agents, officers and commanders in the lead up and execution of Operation Jubilee, a 1942 allied raid on Nazi held Dieppe, France. At the core of the story we follow Arthur Cutter, an undercover agent as he embeds with French resistance fighters behind enemy lines to aquire tactical intel to help with the planning of the raid. We also go along on both training flights and real missions with Ian Faraday, a fighter pilot. Both story lines are riveting and awe inspiring. From having to deal with leaders who are more politically driven than militaristic who have the lives of thousands in their hands to the managing of personal relationships in the field, these two run the gamut of situations and emotions.
I found the writing to be compelling as if the characters came back themselves to tell their stories. The story is gripping from first page to last and the different story lines come together nicely in the end.
If you're a WWII historical fiction fan this one is a must read, I can't recommend it highly enough.

Amazon Customer
5.0 out of 5 stars An Amazing read by a genius author!
Reviewed in the United States on October 22, 2020
Verified Purchase
This was a phenomenally written book based on the real-life 1942 Raid of Dieppe also known as Operation Jubilee. This book is a genius fictional telling of the many separate accounts of the many soldiers, airmen, commanders, and politicians who took part in the detailed planning and execution of this raid. The author does a fantastic job of clearly separating each characters story while still keeping all of them connected, some in ways you wont even realize until later in the book! The backstories and personalities of each character were carefully thought out and make them easy to connect with, or easy to dislike. The book culminates with many of these stories and characters ingeniously coming together to carry out the raid of Dieppe in an exciting ending, which left me hoping that there will be another book ASAP. Amazing read!
Read more
Helpful
Comment Report abuse

RPJB
5.0 out of 5 stars Top Notch Historical Novel - New Author is a Winner!
Reviewed in the United States on September 27, 2020
Verified Purchase
You will be well entertained. I seldom read a first novel but heard from good friends that Conor Bender successfully combines espionage, World War II combat and the machinations of the British general staff into believable historical fiction. The research which went into Jubilee is evident and impressive. I recommend this as an enjoyable read and one which will leave you anticipating Mr. Bender's next adventure. A new and accomplished author has arrived in a formidable way. R.P.J.B.
Read more
Helpful
Comment Report abuse

kfoley11
5.0 out of 5 stars Engaged from the first to the last page
Reviewed in the United States on June 23, 2020
Verified Purchase
This book was in my recommendations section and I took a chance on it. And I tell you what, I am so damn glad I did.
Once I got into the first few chapters, I stayed up later than usual every single night until I finished. It flows well, the characters jump off the page, and it’s engaging throughout. I’ve already purchased a second copy as a belated Father’s Day gift.
Read more
One person found this helpful
Helpful
Comment Report abuse

William Y. Tauscher
5.0 out of 5 stars Terrific new author
Reviewed in the United States on July 17, 2020
Verified Purchase
I read 40 authors of crime, action, thriller and historical fiction per year. I have been doing this for over 30 years. I have now added this author to my list and I await his next book eagerly. the story line was fun and the dialog really worked.
Read more
One person found this helpful
Helpful
Comment Report abuse

TJE
5.0 out of 5 stars Great new author!
Reviewed in the United States on July 5, 2020
Verified Purchase
This book was recommended by a friend. I thoroughly enjoyed it. The book was easy to read, the characters were interesting and I learned some history too! Can’t wait for another Conor Bender book.
Read more
One person found this helpful
Helpful
Comment Report abuse

Amazon Customer
5.0 out of 5 stars Interesting and informative
Reviewed in the United States on November 11, 2020
Verified Purchase
I enjoy historical fiction, especially based in WWII. This book is well written from a historical perspective. Good character development throughout, with a hint of a love story. I look forward to Conor' s next book. I had the pleasure of meeting Conor and his wife recently, and they are absolutely delightful! Thanks for a great read!
Read more
Helpful
Comment Report abuse