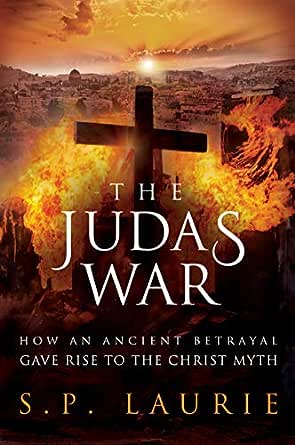 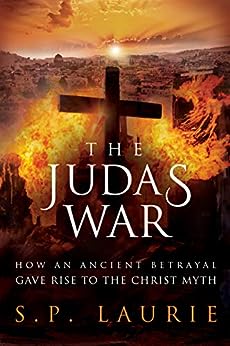 The Judas War: How an ancient betrayal gave rise to the Christ myth Kindle Edition

scott h
5.0 out of 5 stars The background of how Cristianty began
Reviewed in the United States on October 17, 2020
Verified Purchase
Such scholarship-no stones left unturned! The Judas War which led to the annihilation of Israel then later the defeat of Judah and the Christ myth was expanded under a calendar of cosmic days("the Almanac") that set out the complete timeline of the world comprised 2/3rds of the book.The belief that Jesus had been a physical man in the first-century only emerged shortly before the Gospel of Mark was produced. The early Jesus movement only knew the spiritual Jesus who appeared through the shaman Mary and her followers and apostles.pg 200/201.
My take is that is that our soul is formed by the divine image of God. when my desire for the Truth increases my feminine heavenly spiritual twin unites with my soul thus pure Consciousness is reached. It is Jesus who is Mary's "living spirit" and the authority for her teaching. It is Mary who is one with Jesus,pg227 from Laurie's excellent earlier book the Thomas Code.