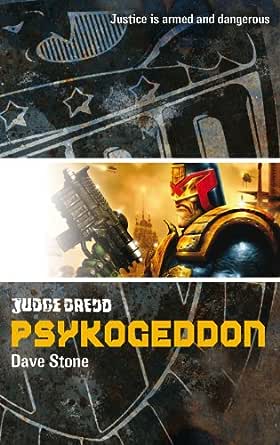 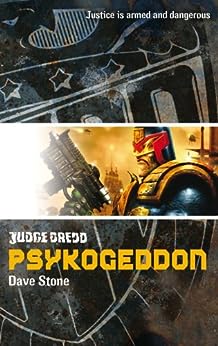 3.6 out of 5 stars
3.6 out of 5
6 global ratings
How are ratings calculated?
To calculate the overall star rating and percentage breakdown by star, we don’t use a simple average. Instead, our system considers things like how recent a review is and if the reviewer bought the item on Amazon. It also analyzes reviews to verify trustworthiness.
Top reviews

Ste Cork
3.0 out of 5 stars Ok, but the author has issues...
Reviewed in the United States on April 3, 2006
The author obviously knows the Dredd universe well, and has written other books in the series which are good. This one however almost reads like an edition of ClassWar at times, various references to the Royal Family being inbred parasites, and bosses being evil exploiters of the masses leave us in no doubt as to his own political leanings, which is kind of a shame when it intrudes into the story. Overall though, a good read and worth buying, though I really cringed at the fact that he used the word "defenestrated" 3 times in the book, and got it wrong every time. It means to be thrown out of a window, from the french "fenetre" for window, it does *not* mean strangled. Buy a dictionary, Dave, and use a better proofreader.
Read more
2 people found this helpful
Helpful
Comment Report abuse
See all reviews

Kindle Customer
2.0 out of 5 stars A below standard Dredd adventure!
Reviewed in the United Kingdom on October 15, 2013
Verified Purchase
This story was confusing to say the least. There were some occasions where I couldn't make head or tail what was going on! The main storyline of Drago San and Dredd was barely noticeable. It was decipherable from other bits of the story. I couldn't' figure out what happened to other characters in the story. Overall it is a departure from the norm for a Dredd story and is lacking in entertainment. I felt I didn't get enough from this story.
Read more
One person found this helpful
Report abuse

Fin
5.0 out of 5 stars Old Stoney Face at his best
Reviewed in the United Kingdom on March 15, 2013
Verified Purchase
Doing what he does best. One of the better kindle versions. Glad I bought this and look forward to more in this vein.
Read more
One person found this helpful
Report abuse

c tucker
3.0 out of 5 stars not the best
Reviewed in the United Kingdom on December 15, 2013
Verified Purchase
Takes a while to warm up, but if you've made it this far into the series your going to read it anyway
Read more
One person found this helpful
Report abuse
See all reviews