Judges and Ruth (Teach the Text Commentary Series) and millions of other books are available for Amazon Kindle. Learn more 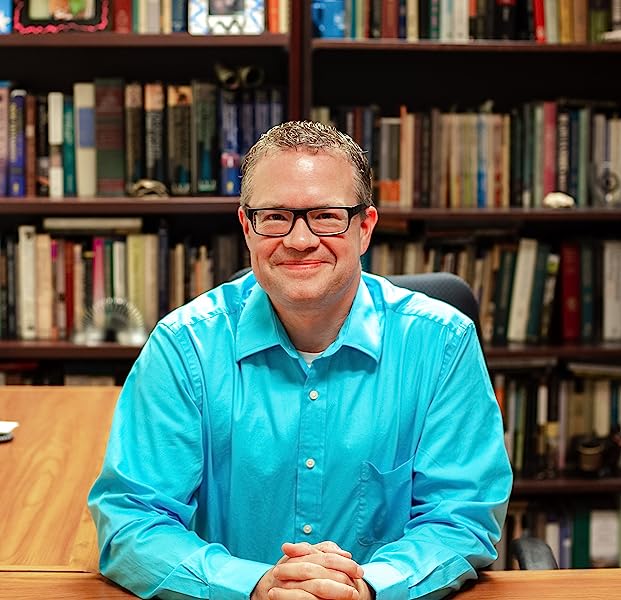 The Teach the Text Commentary Series gives pastors the best of biblical scholarship and presents the information needed to move seamlessly from the meaning of the text to its effective communication. By providing focused commentary, this volume allows pastors to quickly grasp the most important information. Each unit of the commentary includes the big idea and key themes of the passage and sections dedicated to understanding, teaching, and illustrating the text.

Judges covers a dark time in Israel's history, and the narrative often leaves the reader shocked at the actions of God's people. In spite of Israel's unfaithfulness, God remains faithful. He, not the leaders he raises up, is the hero of the story. Way helps the reader understand this perplexing text, using two interpretive questions: What is wrong with this picture? Where is God in this story?

Concurrent with the time of the judges, Ruth provides a counterbalance to the darkness of Judges, showing there were still people who kept the covenant. But it too is a story about God--his love, loyalty, and compassion--and of how he paved the way for King David and, ultimately, Jesus.

"Outstanding. Readers will benefit greatly from the numerous important insights into the original meaning of these books as well as the many practical applications for Christian living. Very readable, this impressive volume is a must-have commentary."--K. Lawson Younger Jr., professor of Old Testament, Semitic languages, and ancient Near Eastern history, Trinity Evangelical Divinity School

"Concise and well-written. The unique conventions of the Teach the Text Commentary Series--such as highlighting big ideas and key themes and giving guidance on teaching and illustrating the text--will make this commentary very helpful to those involved in a regular teaching ministry."--Clinton E. Arnold, dean and professor of New Testament, Talbot School of Theology, Biola University

"Kenneth Way makes both the literary form and the message of the books of Judges and Ruth accessible to lay readers and anyone else who seeks to study the books in greater detail. Both author and publisher are to be commended for this fine volume."--Daniel I. Block, Gunther H. Knoedler Professor of Old Testament, Wheaton College

Kenneth C. Way (PhD, Hebrew Union College-Jewish Institute of Religion) is associate professor of Bible exposition at Talbot School of Theology, Biola University. He is also the author of Donkeys in the Biblical World: Ceremony and Symbol.

Kenneth C. Way (PhD, Hebrew Union College-Jewish Institute of Religion) is associate professor of Bible exposition at Talbot School of Theology, Biola University. He is also the author of Donkeys in the Biblical World: Ceremony and Symbol.
Start reading Judges and Ruth (Teach the Text Commentary Series) on your Kindle in under a minute.

Michael
4.0 out of 5 stars A Must for any Serious Study of Judges and Ruth
Reviewed in the United States on March 16, 2017
The format of the book is specifically designed for pastors and teachers to teach the books of Judges and Ruth, as the commentary series name would imply. However, I purchased this book because I have a special interest in the books of Judges and Ruth, not because I plan to teach it anytime in the near future. I don’t usually read commentaries cover to cover, but because of my special interest, I have read this one (I must admit I did not read every endnote or the bibliography).

One thing that I like about this commentary is the general format. Each chapter, except the book introduction, follows the following format: A section of the “Big Idea” and “Key Themes” for the text to be examined. This is followed by “Understanding the Text” literary context and structure, historical and cultural background and interpretive insights (examining key words and phrases). The author then moves on to theological insights with suggestions for teaching and illustrating text. There are many sidebars with helpful side information. Each chapter is a good size for personal devotions and for teaching the text, typically 6 to 8 pages.

I have learned a lot and found many insights that I've missed in the past. Thank you.

Some of the suggested illustrations are useful, but others seem to be trying to find an illustration from the secular world that does not really
illustrate the text very well (i.e. they seem a bit "forced").

Things I like a lot:
• The author clearly interprets the text literally. He does not look for reasons to excuse or reinterpret texts that seem offensive, as too may others do. For example, he does not try to explain away Jepthtah’s burnt offering.
• There are many parallels drawn between stories, individual, themes, etc. Things that many casual readers would miss. These are very helpful.
• I like that the author uses the term ‘composer’ rather than ‘author’ for the person(s) that put together the book of Judges, recognizing that as Scripture, God is the ultimate Author of the text.

The book is too short. Too many important areas are not given enough time. For example:

• The short section on Hebrews 11 (p. 79-80) MUST be expanded. It is far too big an issue to be given such a short explanation. If this is not solidly understood, it will throw into question many of the author’s conclusions with regard to each of the judges mentioned.

The things I do not care for in this commentary seem to be the result of the series editor or the publisher. For example:

• There are only four black and white (color would help quite a bit) maps in the book. Since there is some geographical relevance to most of the judges, more maps would have been helpful. (p. 34, 44, 116, 187)

• I would be nice if the author would have begun each chapter with his own translation of the text to be examined. Throughout each chapter he explains which translation(s) he believes is most correct, sometimes his own, and having the complete text, as he would interpret it, would be nice.

• Sidebars have footnotes, but the main body of each chapter relies upon endnotes. I would prefer footnotes, especially for the notes that add
information beyond that of an outside reference. Endnotes are distracting and take too much time to locate. The lack of chapter numbers does not help either

• I think it is silly to abbreviate the names of books of the bible. Ink is cheap and there is no good reason, for example, to abbreviate Judges as Judg. or Joshua as Josh..

• Although the introduction mentions, and many of the chapters refer to, the fact that stories in the book of Judges are not in historical order, much more could be said about this and evidence brought out. The occasional references are not enough (p. 9-11). This, with the “Historical Setting and Composition” could be a whole chapter itself.

I could go on, however, I do like the book for what it does have.

One way that I express my pleasure with is a book is that I buy copies and share them with others. I've already done that with your book.
Read more
6 people found this helpful
Helpful
Report abuse

Amazon Customer
5.0 out of 5 stars Awesome!!
Reviewed in the United States on November 20, 2016
Ken Way is absolutely brilliant. His insights make these books come alive for the modern reader. A must have!
Read more
Helpful
Report abuse
See all reviews