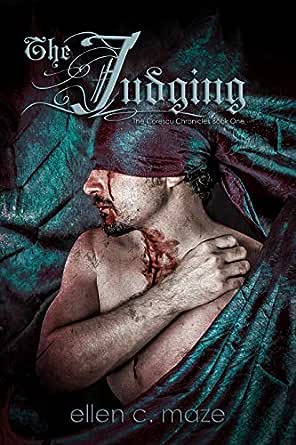 You've subscribed to The Corescu Chronicles! We will preorder your items within 24 hours of when they become available. When new books are released, we'll charge your default payment method for the lowest price available during the pre-order period.
Update your device or payment method, cancel individual pre-orders or your subscription at
Your Memberships & Subscriptions 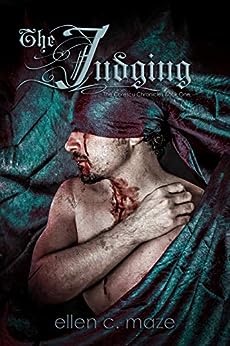 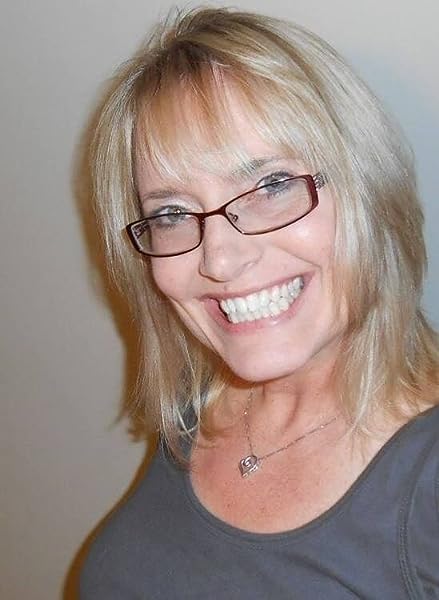 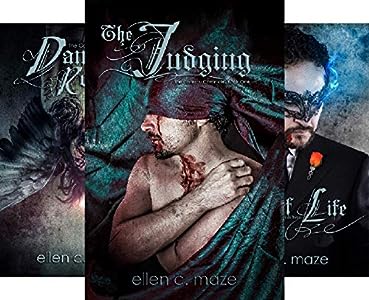 "...It's a story as old as time, but as fresh as the sunrise. "The Judging" takes us on a journey of a man once betrothed to God, who like us all, wrestles with demons" --Kevin R. Maze, Author/Screen Writer

The Judging is dark...novel. With deep character development...its haunting prologue...perfectly befits the main character's medieval origins and the book's terrifying premise. --Krisi Keley, Bestselling Author of "On the Soul of a Vampire"

Thank you for having a look at my novel and I have so many more to come. Please sign up for my newsletter at ellencmaze (dot) com to be alerted when a new book is coming, and also for exclusive giveaways and promos only for my subscribers! ~ Ellen

Ellen finds novel writing fun and cathartic. Raised on Bram Stoker and Stephen King, Ellen read Frank Peretti's "This Present Darkness" in 2000 and has never been the same. Now she takes the horror/ paranormal/ vampire genre directly into the heart of spiritual matters, pitting good against evil within the confines of Biblical truth. Scripture is often bloody and the struggle to escape the claws of evil is real and personal. With writing as her passion and her main hobby, Ellen lives in Alabama with her family and does NOT have holes in her neck.

In Ellen C. Maze's Rabbit: Chasing Beth Rider, a bestselling novelist finds herself on the run from a bloodthirsty race of beings whose leaders despise the effect her novel, The Judging, has on their people. --This text refers to an alternate kindle_edition edition.
Read more

3.9 out of 5 stars
3.9 out of 5
55 global ratings
How are ratings calculated?
To calculate the overall star rating and percentage breakdown by star, we don’t use a simple average. Instead, our system considers things like how recent a review is and if the reviewer bought the item on Amazon. It also analyzes reviews to verify trustworthiness.
Top reviews

Jill P. Jones
5.0 out of 5 stars Not your average vampire tale
Reviewed in the United States on March 15, 2013
Verified Purchase
Ellen C. Maze's "The Judging" brings a different twist to vampire stories and the ultimate struggle between good and evil. Dr. Mark Corescu had forgotten what it was like to be human. He believed that he had been called by God to carry out judgment against the guilty. Until he met Hope, he had no idea that he was a vampire. In order to understand how he could misidentify himself, you have to read the book--it's too good to give away.

Maze weaves Christian theology through the book in such a remarkable way that will challenge your belief system. She will have you consider things unthinkable in typical vampire mythology.

Mark thought he was good and desperately wanted Hope to believe he was. He wanted her to want to be with him and to be like him, but Hope was full of questions and he had no answers. When Hope turns to her friend, Tony, who is a devoted Christian, everything begins to unravel and Mark makes some discoveries that frighten even him.

Definitely a page turner, you will not be able to put it down. I was mesmerized from the very beginning.

Billie Frechette
2.0 out of 5 stars I don't know
Reviewed in the United States on August 18, 2017
Verified Purchase
Too much having to retract my beliefs to find this novel plausible. I don't know what to feel about it, honestly. It was an... interesting read. I didn't finish the book though. It lost me around mark explaining himself to Hope. I just couldn't place where the book was going. My interest just wasn't drawn in completely. I mean... try it if you're interested. Maybe it'll be something more for you.

I didn't read twilight. But i assume it was along that vein. Meh.
Read more
One person found this helpful
Helpful
Report abuse

ilbob
5.0 out of 5 stars good twist on vampires
Reviewed in the United States on January 2, 2013
Verified Purchase
I enjoyed this book. I got it as a free download the other day.

I am always a little suspicious of free books that have a bunch of 4 and 5 star reviews but after reading it, I concur that it deserves the good reviews.

The book explores the moral and religious implications of vampirism from a uniqiue perspective - a priest from the 17th century who is converted to being a vampire but believes his near daily murders are doing the work of God.

Fast forward to today and see how twisted his moral compass has become over the years, while still convinced that he is doing God's work.

An attractive woman and a preacher try to save him.

Angela
5.0 out of 5 stars Give it a chance
Reviewed in the United States on June 13, 2013
Verified Purchase
This book is an amazing read. I was skeptic, having moved away from the supernatural genre, yet I was surprised at how much this book was not like the average vampire book. Since some popular books and movies about certain vampires, many others have been done and miserably. This book is not one of them. It is a fresh new insight to the supernatural world, with a Christian twist. I loved reading and having the writing infused with scripture. This book is a must read, give it a try, even if it is not your type, you may be pleasantly surprised at how quickly the tale will grip you and have you reading on to the finish and quickly searching your kindle for the next book in the series. I am currently awaiting the arrival of the third!
Read more
One person found this helpful
Helpful
Report abuse

Sy Lee
4.0 out of 5 stars Well-written,
Reviewed in the United States on January 16, 2013
Verified Purchase
I'm still debating about how I feel about recommending this book. The whole vampire thing is a turn-off for me, but this story was about more than blood. It was about the fight between good and evil and the eventual need to actually choose a side. It also comes with a warning that associating to closely with evil can corrupt the good.

It is slow in places, but kept drawing me back in to see which character was going to change sides. It is an interesting take on the demons and vampires genre.
Read more
Helpful
Report abuse

Anthony Policastro
5.0 out of 5 stars The Ultimate Conflict - The Struggle Between Good and Evil
Reviewed in the United States on March 17, 2011
Verified Purchase
In Ellen C. Maze's novel, The Judging: The Corescu Chronicles Book One, the author provides her readers with a well-written narrative that is not only compelling, but also extraordinary. What I found to be of particular interest was how Maze broke through the confines of the Dracula myth, which was defined, established, and popularized in a novel by Bram Stoker and published as a hardcover in 1897 by Archibald Constable and Co.

The story heats up when Hope Brannen, a young widower, get romantically involved with Dr. Mark Corescu, a former priest from Hungary, dating back to 1640, and who now lives in present-day Atlanta, George, where he judges and executes evildoers, or those who have sinned against God. He believes he is an agent of God, administering justice. Nevertheless, Anthony Agricola, a part-time seminarian, calls him a vigilante. Of course, Dr. Corescu doesn't just execute his victims - administering justice, as he perceives it - he also drinks their blood. In the course of time - over four hundred years - he has murdered over one hundred thousand victims or one each and every night, since his inauguration.

You will be delighted with the way Maze superbly conflates the past history of the priest - how he was attached by a demon, the Other, the Master, and became a vampire - with his present story, involving not only the beautiful Hope Brannen, and Anthony Agricola, but also Connie Nixon, a blackmailing reporter, Glorie Brannen, Hope's sister and a murderer, Fran Booker, Dr. Corescu's secretary, Reuben Stuckey, Dr. Corescu's driver, and Paul Black, the doctor's manservant. The human emotion of jealousy that arises between the characters and how it affects their actions and relationships is more than a little interesting and intriguing, despite the bloodlust of Dr. Corescu.

The ultimate conflict, however, is the clash between good and evil - the good represented by Hope and Anthony and the evil represented by Dr. Corescu, the Other, and, eventually, Paul Black, who evolves into a vampire on equal footing with the good doctor. His evolution is particularly fascinating and will become one of several developments in the story that will draw you to Maze's sequel, Damacus Road. I highly recommend this book.
Read more
16 people found this helpful
Helpful
Report abuse
See all reviews

Sandyk
2.0 out of 5 stars The Judging
Reviewed in the United Kingdom on February 22, 2013
Verified Purchase
Only read 5 pages & decided not for me, if a book does not grab my attention in first few pages it's not for me
Read more
Report abuse
See all reviews