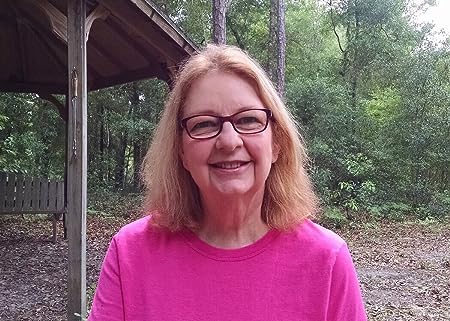 About Judith A. Barrett

Award-winning Author Judith A. Barrett lives in rural Georgia with her husband, 2 dogs, abundant wildlife, local birds, and beautiful butterflies. She enjoys being outside, camping, and watching beautiful sunsets when she's not writing. Her favorite place to write is close to a window where she can see the trees and hear the birds. A wren visits regularly and taps on the window - the encouragement of a feathered fan or editor?

Find her on the web and subscribe to her newsletter to stay in touch. www.judithabarrett.com

Follow her on Amazon and be notified of new releases!

I ALWAYS WANT TO BE A SPY, MAGGIE SLOAN MYSTERY SERIES, BOOK 1 received the 2019 New Apple Literary Award for Excellence in Publishing.

DANGER IN THE CLOUDS, GRID DOWN SURVIVAL SERIES, BOOK 1 received the top ten finalist award in the Independent Author Network International 2020 Book of the Year and the Bronze Medal in the 2019 Florida Authors and Publishers Association President's Award 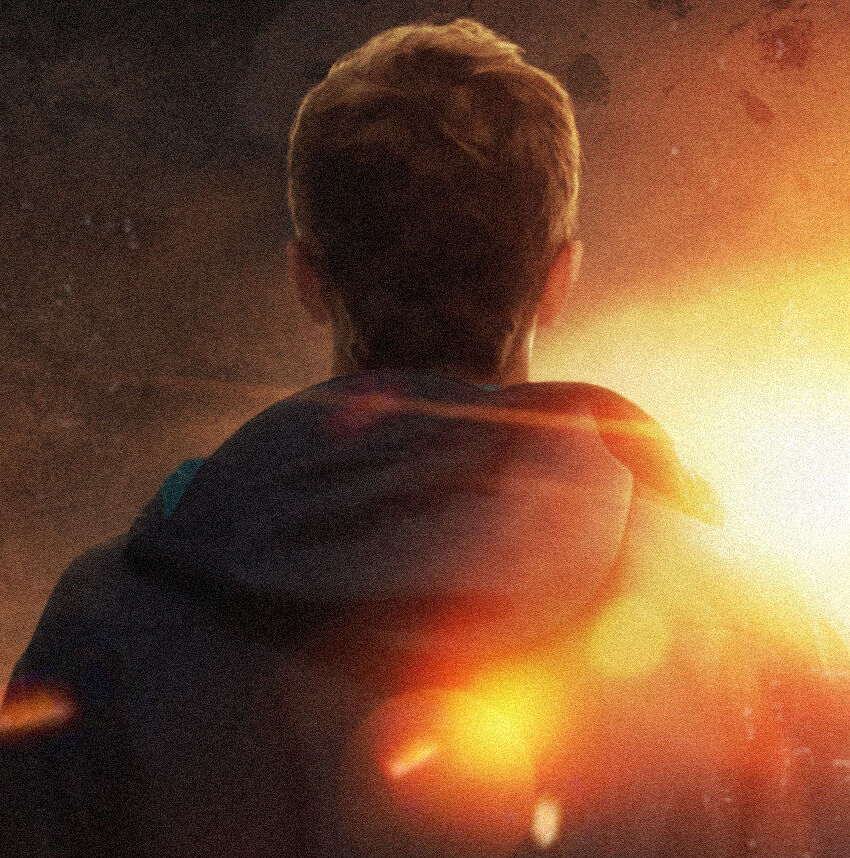 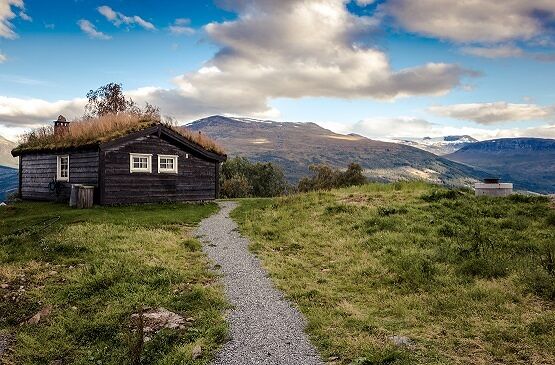 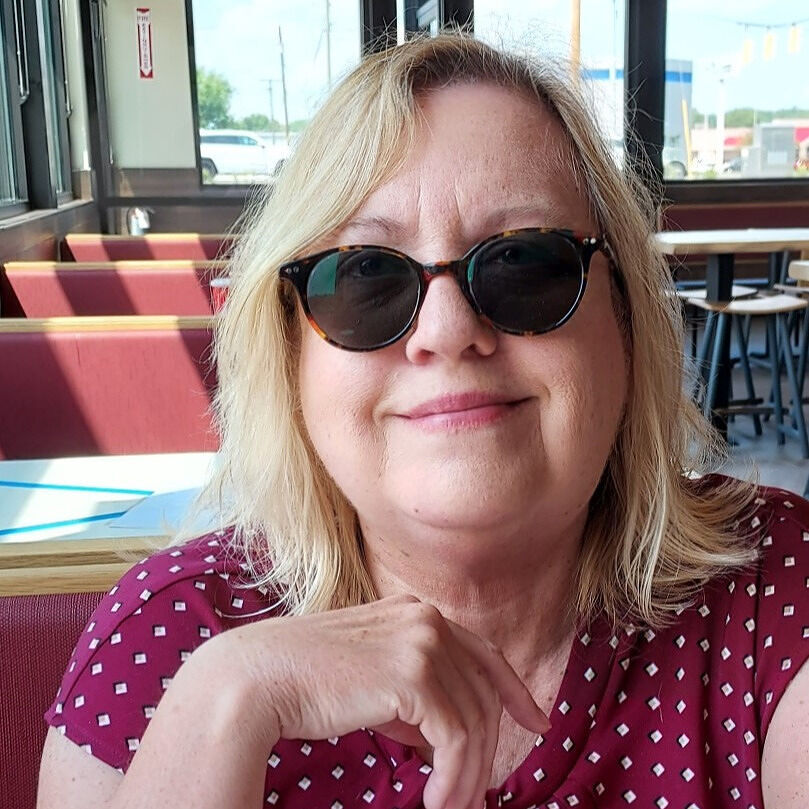 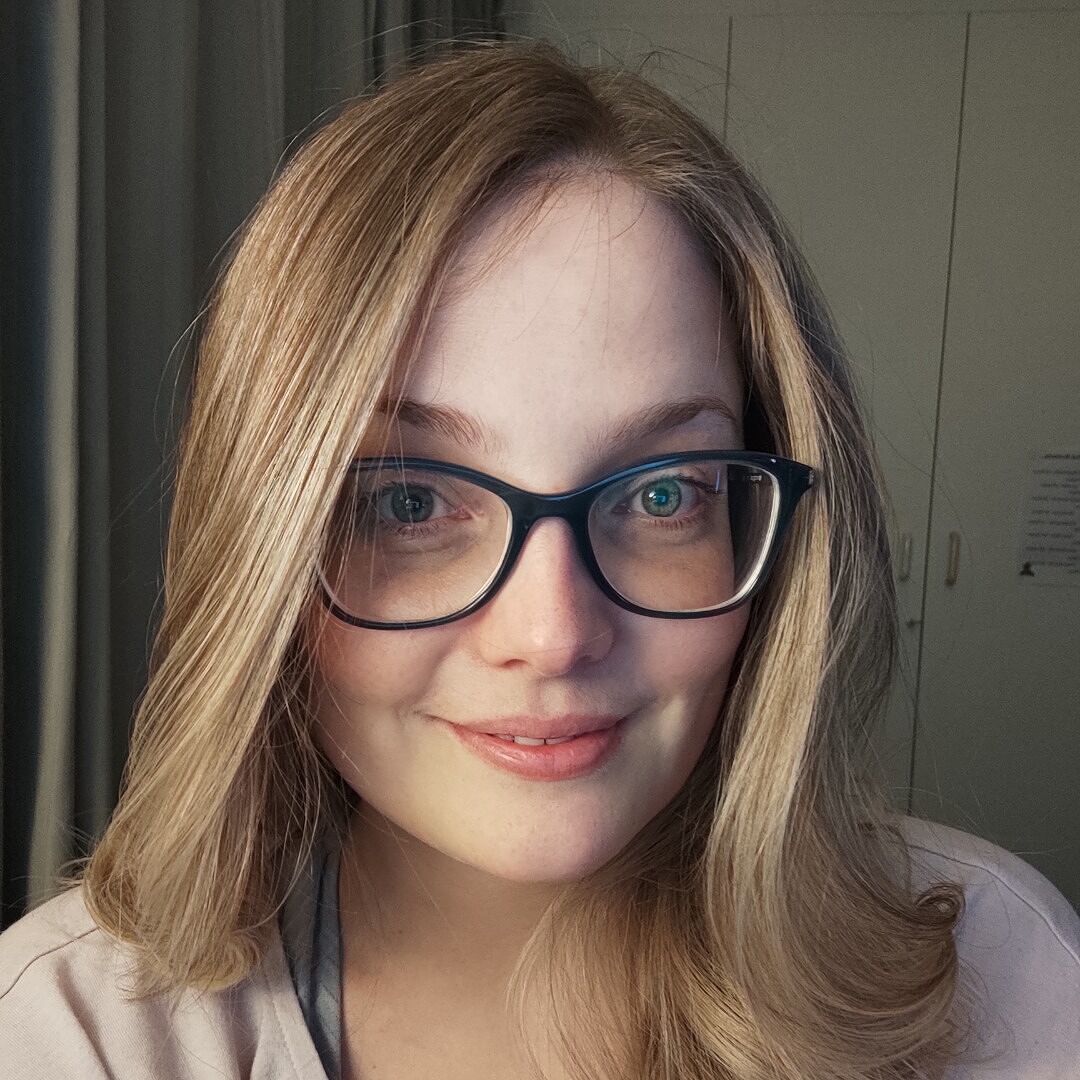 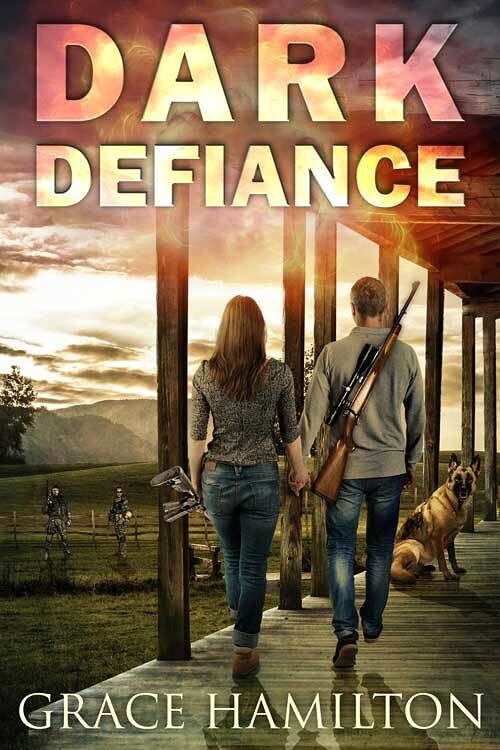 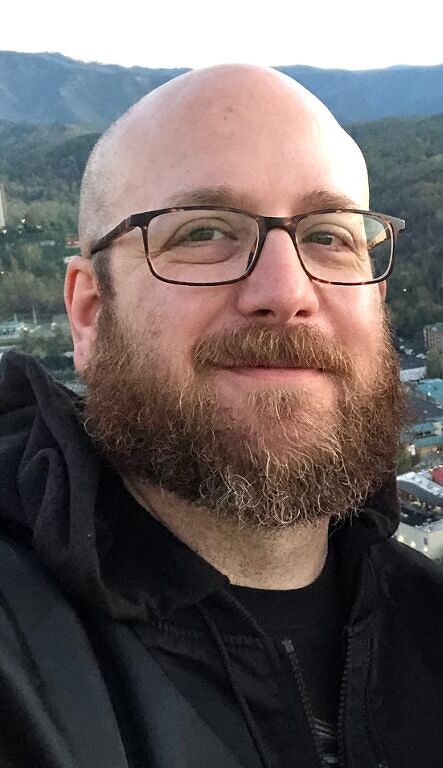 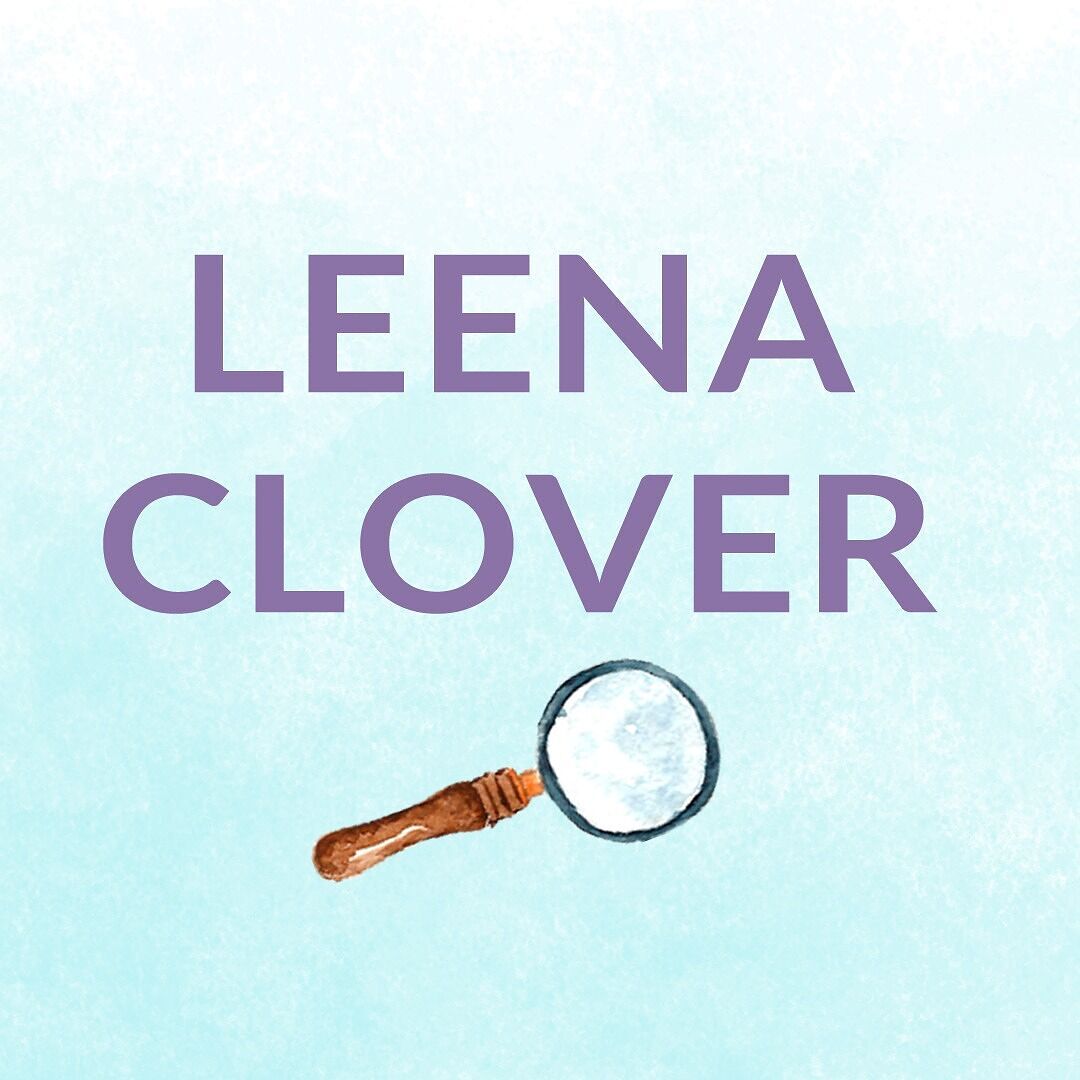 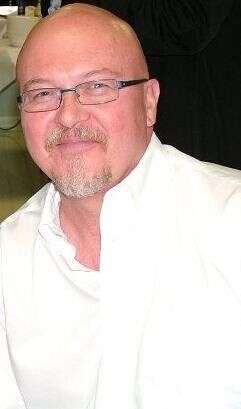 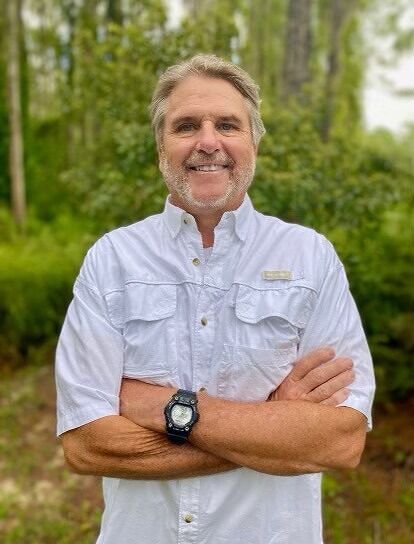 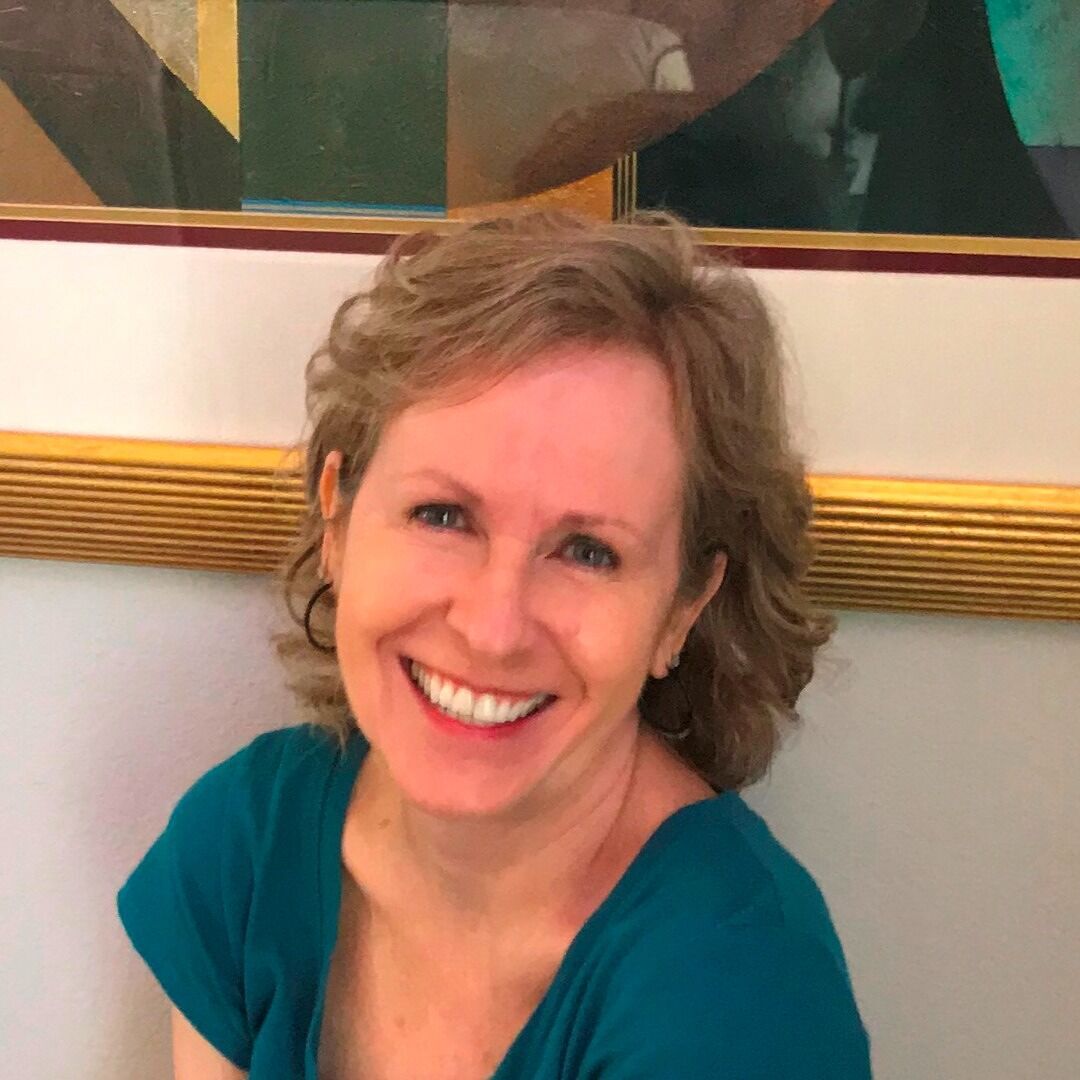 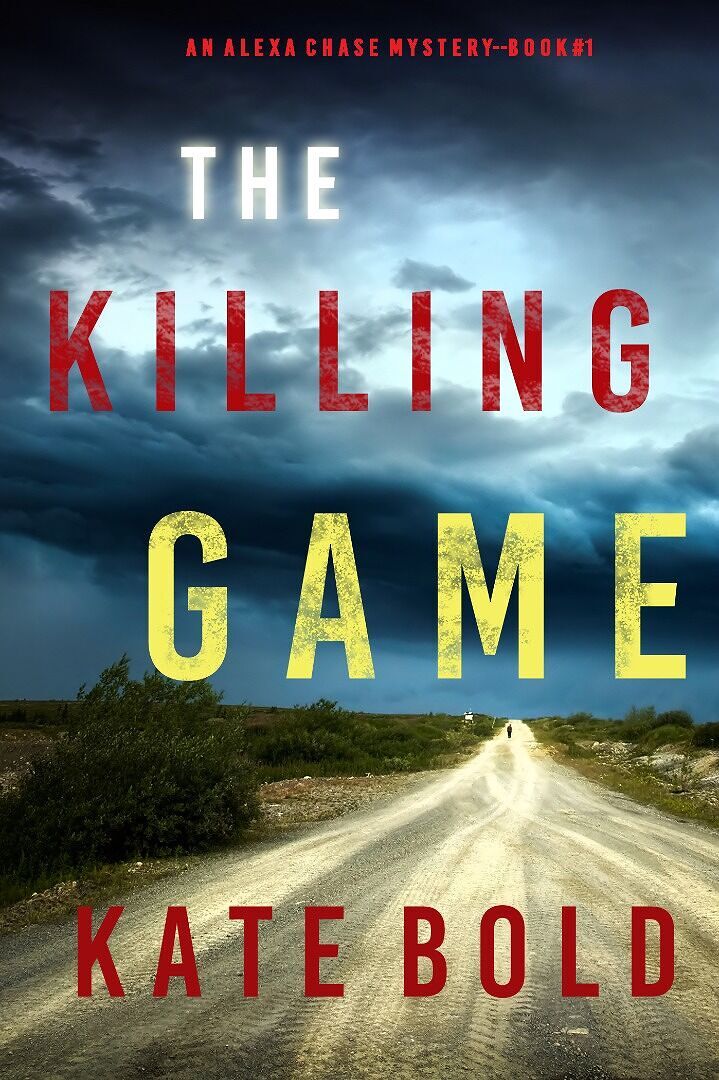 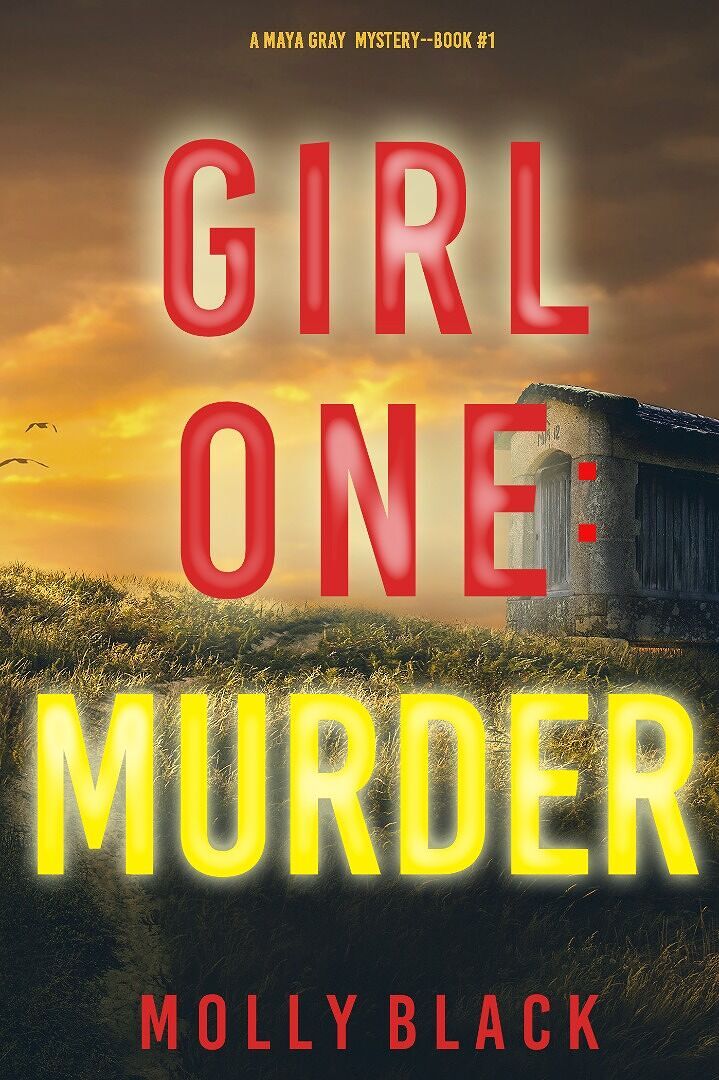 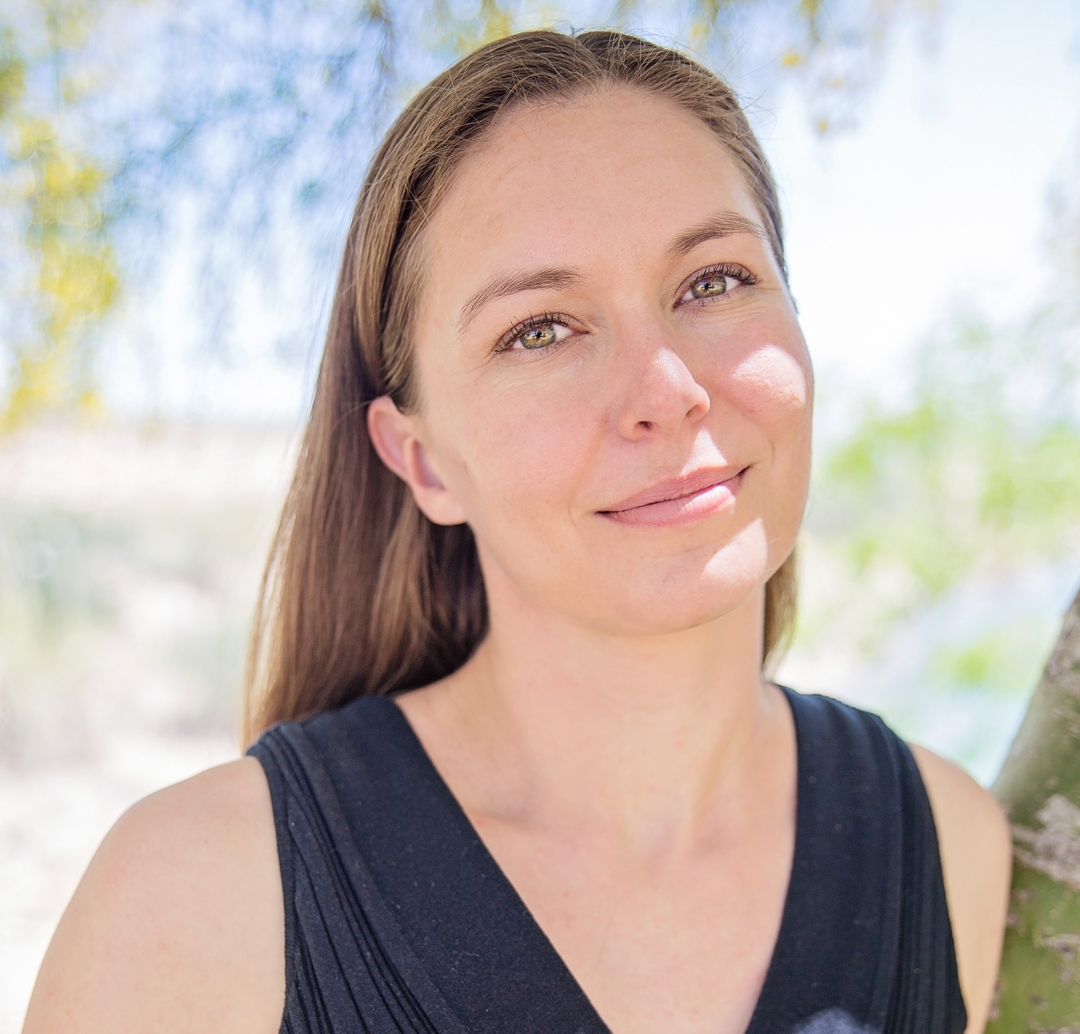 Titles By Judith A. Barrett 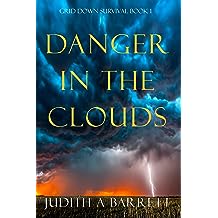 DANGER IN THE CLOUDS: A POST APOCALYPTIC SURVIVAL THRILLER (GRID DOWN SURVIVAL SERIES Book 1) Jan 7, 2019
by Judith A. Barrett, Judith Euen Davis
( 180 )
$4.99
Power grid collapses. He has the key to stop his enemy. His nemesis waits. Major's life on the farm abruptly changes after a cyberattack causes the collapse of the US power grid and the economy crashes. His autistic granddaughter’s uncanny ability to see danger draws the attention of Major’s nemesis who intends to control the US government. The attacks on the farm fuel Major’s drive to stop the traitor even though others tried and tragically failed. Major does not intend to die.
Read more
Other Formats: Paperback 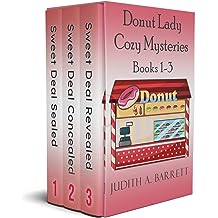 SWEET DEAL SEALED, BOOK 1
Donut Lady discovers clues that may solve the murder of a close friend and unmask a serial killer; to add to her worries, a boy no one else cares about disappears. A further complication: the killer stalks her.

SWEET DEAL CONCEALED, BOOK 2
After a violent man who threatened Donut Lady is murdered, her nightmares foretell of a second murder. When the unknown killer targets the Donut Lady, will she be fierce and save herself or will she be the next to die?

SWEET DEAL REVEALED, BOOK 3
Donut Lady witnesses a friend's estranged husband in a sketchy incident, then he's found dead. Her nightmares saved her once, but the murderer takes it to a personal level. She's on her own.
Read more 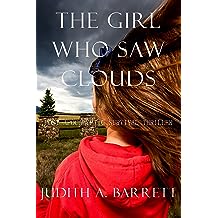 THE GIRL WHO SAW CLOUDS: A POST APOCALYPTIC SURVIVAL THRILLER (GRID DOWN SURVIVAL SERIES) Jan 12, 2022
by Judith A. Barrett, Judith Euen Davis
( 48 )
$4.99
Autistic and Orphaned. The nation’s survival depends on her.
Aimee Louise doesn’t see faces; she sees clouds. Happy, sad, worried, but most importantly, she sees the danger cloud.
Bonus! New GRID DOWN SURVIVAL SERIES Book 1 story for YA readers.
A nearby transformer explodes, but it’s only the beginning of a widespread collapse of the nation’s grid and the economy. As the attacks on the farm escalate, Aimee Louise’s gift keeps them safe. The power-hungry criminal discovers the information to stop his plan to take over the US government is hidden at the farm. The attacks become personal. The target is Aimee Louise.
Read more
Other Formats: Paperback 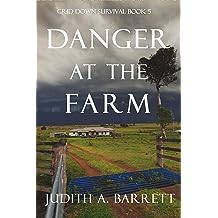 DANGER AT THE FARM (GRID DOWN SURVIVAL SERIES Book 5) May 27, 2022
by Judith A. Barrett, Judith Euen Davis
( 2 )
$2.99
Only a trap with the right bait will stop a crazed killer. Major is the bait; he sets the trap. Failure means death.
Major’s farm in Florida is no longer safe after all the neighbors leave to escape from the murdering bands of raiders.
An organized army led by one of Major’s most vicious enemies follows the random attacks of small gangs and sweeps north as Major and his family move to join Aimee Louise and Stuart in Georgia.
While Major and his Georgia farm neighbors prepare to defend their homes and families, Major knows who is behind the destruction and bloodshed and prepares to stop him.
One of them will die.
Read more 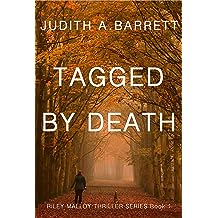 Only the dog whisperer can identify a serial killer…Death stalks her.
Riley Malloy has a remarkable talent for understanding her veterinary patients. Unknowingly, she’s also the only one who can identify a serial killer. As one murder follows another, the evidence she discovers may lead her to expose the murderer’s scheme. When she gets too close, Riley finds herself in the crosshairs of the desperate killer as he escalates to a final murder. Can Riley escape his deadly intentions? 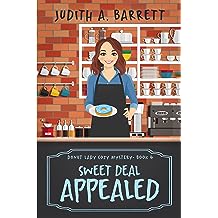 SWEET DEAL APPEALED (DONUT LADY COZY MYSTERY SERIES Book 4) Oct 12, 2020
by Judith A. Barrett, Judith Euen Davis
( 29 )
$4.99
Donut Lady’s life depends on her memories of her conniving ex-husband. The silent stalker intends for her to die. The past haunts the Donut Lady when her dead husband’s sketchy brother arrives in town after he blocked her appeal to overturn her wrongful conviction. What’s he doing in her hometown? To add to her troubles, her self-designated protector, Jack, is arrested for assault on the taunting, no-good ex-brother-in-law who is later found dead in Jack’s yard.
Where does a counterfeiter fit in the puzzle? Only the dead husband knows.
Read more
Other Formats: Paperback 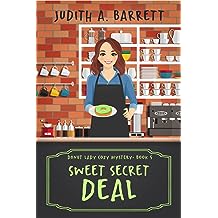 SWEET SECRET DEAL (DONUT LADY COZY MYSTERY SERIES Book 5) Aug 18, 2021
by Judith A. Barrett, Judith Euen Davis
( 26 )
$4.99
She's in a race to uncover the secrets and solve the murders before the desperate killer murders her.
KAREN O’BRIEN is puzzled by the secrets of a respected, longtime resident of Asbury. How many secret partners can any one person have? And when one of the partners and then another is murdered, Karen is convinced the killer must have been one of the other partners, but which one? And why?
Read more
Other Formats: Paperback 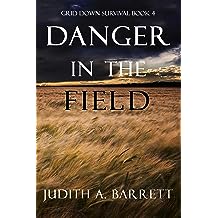 DANGER IN THE FIELD (GRID DOWN SURVIVAL SERIES Book 4) Jul 16, 2021
by Judith A. Barrett, Judith Euen Davis
( 30 )
$4.99
A hate-filled leader seeks revenge.Stuart and Aimee Louise scrap their plans to return to Florida when their Georgia neighbors fall victim to home invasions and murder. After the ruthless killers halt all travel with roadblocks and the attacks escalate, Stuart and Aimee Louise suspect an unknown killer has targeted someone on their team. When the callous enemy closes in, Stuart, Aimee Louise, Rosalie, and their team of farmers and former law enforcement officers prepare for the vicious onslaught. The killer prepares a team to slaughter the target and anyone else who gets in the way.Stuart, Aimee Louise, and Rosalie continue their fight for survival in Book 4 of the Grid Down Survival saga.
Read more
Other Formats: Paperback 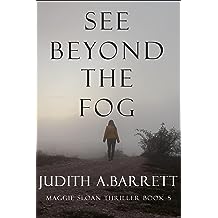 SEE BEYOND THE FOG (MAGGIE SLOAN THRILLER SERIES Book 5) Mar 15, 2022
by Judith A. Barrett, Judith Euen Davis
( 32 )
$4.99
Maggie’s life depends on her ability to see what no one else sees, despite her tragic loss of vision.
Maggie relies on all her senses as she navigates through the slim thread of clues behind two decades of disappearances and suspicious deaths of young women at the hand of the legendary Ghost of Wicked Hollow. She sees beyond the fog that shrouded a serial killer from discovery for years. The deranged killer targets the vulnerable Maggie; he intends for her to die. 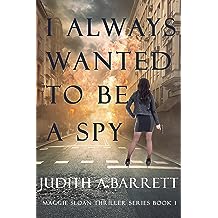 Only a librarian with the soul of a spy could read the clues to stop a killer
A heart-wrenching murder changes her life forever, and Maggie transforms from prey to predator. Will the librarian with the soul of a spy and the unusual support team stop the desperate kingpin or will she become the latest victim? It all comes down to kill or be killed. 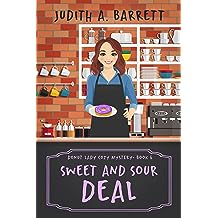 SWEET AND SOUR DEAL (DONUT LADY COZY MYSTERY SERIES Book 6) Jun 21, 2022
by Judith A. Barrett, Judith Euen Davis
$2.99
Extortion. Murder. Arrest. Case (not) Closed.
KAREN O’BRIEN, retired teacher, convicted felon, and donut shop owner is not aware that she has an enemy who also happens to be the killer.
Donut Lady is not convinced the right person was arrested in the death of a decorator and furniture store owner, but when the murder victim’s parents ask her to look over some documents that both a private investigator and their lawyer said wouldn’t help, the killer is afraid she’s on the trail.
After Karen reviews the records, she is even more uncertain than ever about the identity of the killer and finds herself with four and possibly five suspects, even though one of the suspects is a close friend.
The killer, however, knows that Karen is closer to discovering the truth than she realizes and sends her a clear, chilling message: it’s time for Donut Lady to die. 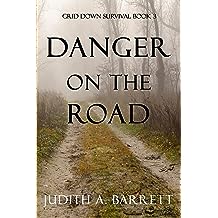 DANGER ON THE ROAD (GRID DOWN SURVIVAL SERIES Book 3) Dec 14, 2020
by Judith A. Barrett, Judith Euen Davis
( 26 )
$4.99
As Stuart, Aimee Louise, and Rosalie close in on the human trafficking ring, the desperate gang leader is driven by his obsession to kill them.The unstoppable trio: Deputy Stuart, Aimee Louise, and Rosalie are on the road to Georgia.to pick up the badly injured FBI team that was ambushed, but vicious roadside attacks plague their trip. As Stuart and his companions uncover the truth about the seemingly random multistate kidnappings, the violence escalates, and everyone at Stuart’s family farm is in jeopardy.
Read more
Other Formats: Paperback