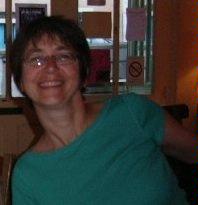 Judy Kendall is an award-winning English poet, visual text and short story writer, playwright and Hawthornden fellow. She delights to play with shape and space in her work, which is strongly informed by the visual aesthetics of Japanese haiku with which she became acquainted in a seven year period living and working in Japan. Her work is also informed by a focus on the balance and awareness of impermanence of Vipassana meditation, www.dhamma.org/en/vipassana.shtml. She is also a keen collaborator (with musicians, artists, choreographers, typographers), and has worked with Steven Earnshaw on a series of digital poems, http://teaching.shu.ac.uk/ds/sle/earnshaw/gallery/, and Alec Finlay on the Peak District renga project, http://www.whitepeak-darkpeak.co.uk/. She is a co-translator of poetry from Japan, Romanian, Hungarian, Friesan and Russian, and is always open to invitations to join new artistic ventures, particularly ones that might involve visits to the Arctic or Antarctica.

She is an accomplished and frequent performer of her poetry, which consists, in book form, of insatiable carrot - a collection of visual gardening and bird poetry created out of several very different conventional and avant-garde gardening residencies; Climbing Postcards, rock-climbing poems, nearly all first drafted within 24 hours of a climb; Joy Change, poems about Japan, where she lived for several years; and The Drier The Brighter, focussing on questions of identity in the Gloucestershire countryside.

Recent work includes the longer visual poem 'Mismapping', a layering of maps and landscapes articulated in the dialogue that results when a walk through one landscape is guided by a map of another. This is collected in the Liquoricefish anthology What Lies Within, due to be published in March 2017.

When not working creatively, she is a reader in English and Creative Writing at Salford University, where she currently runs the BA programme in English and Creative Writing, and gives classes in poetry, prose and visual text. She has published a number of academic papers on creative composition processes, on the visual text and the interface between typography and poetry, and is currently researching innovative uses of African English in African literature in English. She has edited two collections of Edward Thomas letters, (Edward Thomas's Poets, Carcanet and Poet to Poet: Thomas's letters to Walter de la Mare, Seren). Poet to Poet was recently recommended in the Guardian list of best poem books of 2012 - see http://www.guardian.co.uk/books/2012/nov/30/christmas-gifts-2012-best-poetry-books. Her first monograph, Edward Thomas: the Origins of his Poetry, was published by University of Wales Press. Her second monograph, Edward Thomas and Birdsong, was published in Cecil Woolf's War Poets series in 2014 and listed in the Guardian Round up of Best Nature Literature of that year. See https://www.theguardian.com/books/2014/dec/06/best-nature-literature-2014. 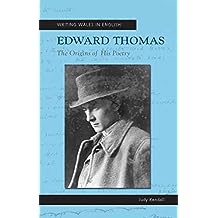 Edward Thomas: The Origins of his Poetry builds a new theoretical framework for critical work on imaginative composition through an investigation of Edward Thomas’s composing processes, on material from his letters, his poems and his prose books. It looks at his relation to the land and landscape and includes detailed and illuminating new readings of his poems. It traces connections between Thomas’s approach to composition and the writing and thought of Freud, Woolf and William James, and the influence of Japanese aesthetics, and draws surprising and far-reaching conclusions for the study of poetic composition.