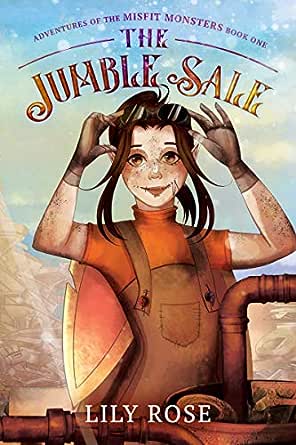 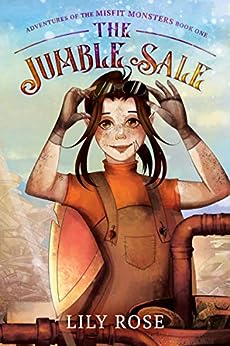 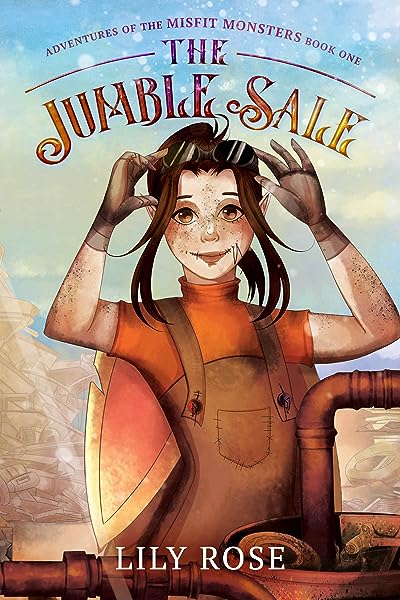 4.2 out of 5 stars
4.2 out of 5
24 global ratings
How are ratings calculated?
To calculate the overall star rating and percentage breakdown by star, we don’t use a simple average. Instead, our system considers things like how recent a review is and if the reviewer bought the item on Amazon. It also analyzes reviews to verify trustworthiness.
Top reviews

Diana A
5.0 out of 5 stars Misfit Monsters
Reviewed in the United States on July 15, 2020
Verified Purchase
Monsters are my soft spot and this book delivers. A whole new word of monsters. Great book for middle grade kids.
Read more
Helpful
Comment Report abuse

Janorris
4.0 out of 5 stars Worth the read
Reviewed in the United States on June 9, 2019
It says this book is for middle school age kids. I can tell you I think my second graders would love it. The story follows Zadi and a whole community of misfit monsters. Their lives revolve around hunting for treasures at the hunting grounds, a place where the humans dump their things. Everyone wants to be the first to get in there to find a new treasure to add to their home. The mayor, Mayor Ori has very strict rules about when hunting can be done. Zadi decides to break the rules and sneak into the hunting grounds. Unfortunately she is not alone as many of the other misfits have caught on and follow her in. When they are caught by the mayor, Zadi and her friends are thrown in the blender, sort of like a jail. But Zadi is not giving up. She comes up with a plan that will benefit the whole community and bring them together and work together.
This is a fun story combining all different types of characters learning to work together. It's a good story for kids to read or have read to them. Teaching a lesson that working together can have a bigger impact on people.

Shannon Navin
3.0 out of 5 stars Misfit Mayhem - The Teamwork Way
Reviewed in the United States on June 8, 2019
The Jumble Sale, by Lily Rose is the sweet story of a number of misfit monsters who find themselves in a predicament. The protagonist, Zadi (who is part fairy, part zombie and a little bit robot) leads the charge to help them overcome their struggle: they depend upon deliveries to the junkyard for their survival and there have been no deliveries from the humans in quite some time! Faced with a motley collection of misfit monsters (with as many diverse personalities as they have body parts), an overbearing mayor and a threat to the community’s well-being, Zadi is forced to come up with a way to get everyone to work together in way that will allow them all to survive. Enter the Jumble Sale!

Rose has written a book that will appeal to middle grade and younger readers with its collection of misfit monsters who are made up of all kinds of characters. None of them are particularly scary, although the mayor is a bit of brute! The story doesn’t explore how these monsters came to be or why they live in and survive on the goods from a junkyard but it does paint a picture of a race of very small creatures who have built their own society and are existing on the cast-offs of humans.

While the rules of society for the misfit monsters have generally worked well for them in the past, the mayor’s regulations about when and how monsters can hunt in the junkyard for needed goods begin to rub when the number of deliveries dwindles to zero. Monsters begin to fight with one another and their ‘each monster for his/herself’ mentality begins to become part of the problem.

Zadi, who isn’t much for following the rules in the first place, realizes that something must be done to change the rules…but she has no real power or influence to do so and continues to have run-ins with the Mayor who punishes her for pushing the boundaries. With the help of a number of friends, Zadi comes up with a solution for the misfit monsters problem: rather than continue to fight for dwindling resources, the monsters will engage in a jumble sale where they can trade items amongst themselves. The sale will allow everyone access to the items that they need while teaching each monster how to assign and attribute value to what they make and trade.

Some lessons in the story are straightforward: Rose shows young readers that, by working together, the misfit monsters are much better off than they were when they were each fighting for themselves. Others, however, are a bit more subtle (and these were some of my favorites): In watching Zadi and her friends work with their neighbors, young readers learn a great deal about what it’s like to try to gain consensus amongst a very disperate group of people. (The subcomittee meeting that is held to determine when hunting should be allowed reminds me of the world’s worst ever PTA meeting!) Insight abounds into what it takes to get people to cooperate…listening skills, the ability to convince others and the willingness to engage in trade-offs are all part of the process!

Finally, a subtle lesson about being willing to stick your neck out for the good of the group is embedded in the story. Zadi is expected to fall in line and the misfit monsters’ society doesn’t initially value sacrifice for the greater good. But being a bit of a rebel and seeing a problem that needs to be resolved, Zadi goes forward with speaking out and standing up in front of her peers to make a change. In the end, she’s able to save the day and we see that there is value in stepping forward even when it’s scary.

I really enjoyed Rose’s depictions of the misfit monsters and the occasional character illustrations are absolutely gorgeous. The writing is occasionally off-putting…some of the grammar used is awkward and certain words are repeated unnecessarily. (How many times do we need to read the words hessian sack? What is a hessian sack? Oh! It’s a burlap bag? Ok…still. Isn’t it just a sack? Do I really need to read that it’s hessian 15 times?) I can’t be sure, but I almost felt as if the writing might have been done in the author’s second language…it was just a little stilted in places and I couldn’t seem to grasp why.

Overall, however, I was charmed by Rose’s story of Zadi and her misfit monster friends. At 84 pages, it’s a quick read with a storyline that moves along in an endearing and easy-to-follow way. Young readers will be enchanted with Zadi and her rebellious ways and amused by the cast of characters that make up her friends and neighbors. There’s something to be said for a story that can entertain while it imparts a lesson…The Jumble Sale is able to do that and more. Young readers will finish this book eagerly looking forward to the misfit monsters next adventure!

Jasmine J
3.0 out of 5 stars An interesting read
Reviewed in the United States on August 21, 2019
The Jumble Sale is an interesting middle-grade fantasy novel that will appeal to both male and female readers between the ages of...I'd say 9 and 13. Adults can enjoy the story as well.
The book follows Zadi, a robot zombie fairy, as she works together with the other misfit monsters in her town to make her jumble sale a success.
What is a jumble sale, you may ask. It's like a yard sale, but instead of one person selling to a bunch of other people, the monsters get together and bring one item they've created to trade for someone else's item.
I found the story to be endearing and cute. The monsters were all unique mash-ups, which was fun. And they all had their own unique personality as well.
I also enjoyed the lessons that were taught in the story. Kids may or may not pick up on them, but adults definitely will. Learning to share. Learning to work together. Learning to compromise. Those are just a few of the things the misfit monsters discover how to do within the pages of this book.
There were a few times the story did get a bit repetitive, and it sort of bogged it down for me. But other than that, it was a really good read.
I'd recommend it to tweens, teens, and even adults. And I'm sure younger kids would get a kick of out the story as well if their parent(s) read it to them.
3.5 stars from me.
Read more
Helpful
Comment Report abuse

Zamantha D Demera
5.0 out of 5 stars Great Read.
Reviewed in the United States on June 18, 2019
This was such a sweet book. It is about a community made up of misfit monsters. They are small and live in a place where it's gated to be protected against humans, and hunt for things that they need from the garbage that humans leave. The hunting hasn't been going easy lately since the humans are not leaving much. Or they are not going on the right days.

But Zadi who is part Zombie, Fairy, and a little bit of Robot is the one who wants to make a change, and that happens when she breaks the rules. This starts a cycle within the community where they have to want to make changes together or just ruin what they built in the first place.

This book is great to show that even misfit people, who are so different can learn to get along to make a better environment to live in. All it takes is one person to speak out.
Read more
One person found this helpful
Helpful
Comment Report abuse
See all reviews