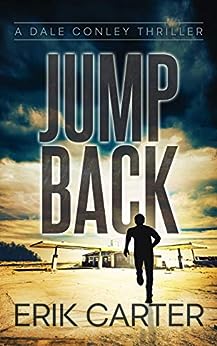 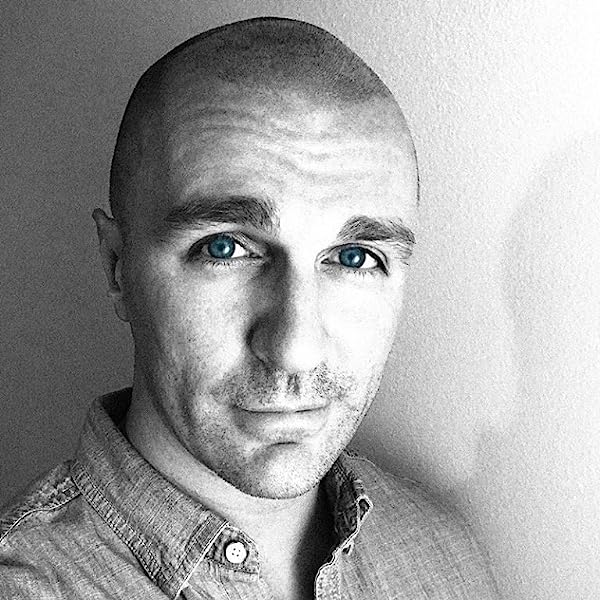 At first, the idea of an assignment in his homeland sounds intriguing to Dale Conley. Then he learns the gruesome details.

What begins as an investigation into two missing teenagers and their connection to an ancient underground cult quickly turns into an all-out war against a demented band of people holding an idyllic city in their grasp. As Dale discovers more about the forces he’s struggling against, he realizes that the threats are even darker than he could have possibly imagined.

Dale will have to challenge all that he once believed—to do what he knows is right.

The next standalone action thriller in the Amazon-bestselling series that has enthralled thousands of readers around the world. Enter the world of Dale Conley. Don’t forget to buckle up…

Each Dale Conley thriller brims with historical intrigue. JUMP BACK features: a mysterious symbol from an ominous and secretive Roman cult.

If you like action heroes with the tenacity of Lee Child’s Jack Reacher, the intelligence of Dan Brown’s Robert Langdon, and the sheer grit of Robert Ludlum’s Jason Bourne, then you’ll love Dale Conley.

Unlock JUMP BACK and start your Dale Conley mission today!

What reviewers are saying about the Dale Conley series:

“A cracking thriller which I raced through and am once more left wanting more in this series!” —Bibliophile Book Club

“Left me feeling like I had done ten rounds in a boxing ring. Boy, it just kept ranking up the gears and then found some more!” —Books From Dusk Till Dawn

"Yet again, another great story that has left me looking forward to the next book.” —Jennly Reads Blog

What readers are saying about the Dale Conley series:

★★★★★ “Erik Carter blows the bar for action thrillers into the stratosphere.”

★★★★★ “Great plot, unique subject and interesting puzzles make this series my new favorite. I’m hooked and you will be too.”

★★★★★ “Simply said: I loved it! Imagine James Bond mixed with Robert Langdon and you have Dale Conley.”

Each book in the explosive Dale Conley Action Thrillers Series is a standalone mission. Begin with whichever book you want. But be warned: once you start, you won’t be able to stop.

There are some crimes so dark, so twisted that the government is forced to bring in clandestine agents, those who have been hidden from the public, buried deep in bureaucracy.

And Dale Conley is the best of those agents.

An expert in historical mysteries, Dale uses both his incredible intellect and his relentless tenacity to tackle the worst of villains and the most twisted of schemes.

CLICK BELOW TO START YOUR DALE CONLEY MISSION TODAY!

Erik Carter is the author of two bestselling series of thrilling books. He can be found in Florida, either scratching on a notepad at the beach or pounding furiously on a keyboard, all in the effort of crafting exciting, can’t-put-down tales to take you on out-of-this-world adventures.

Following his esoteric and peculiar studies in public history and digital storytelling, it was only natural that his life’s path be equally esoteric and peculiar. His adventures have led him across America, where he has done everything from hosting a television show to shooting documentaries in the desert to teaching college. These experiences gave the background he needs for his greatest adventure—crafting gripping, edge-of-your-seat stories.

When he’s not spinning tales, you’ll find him at the gym, on a hike, contemplating sports cars, or enjoying the warm sand of the beach.

Amazon Customer
5.0 out of 5 stars Couldn't put it down
Reviewed in the United States on December 24, 2020
Action packed thrills. Love these Dale Conley series. Fantastic reading!
Images in this review

Audrey Armstrong
5.0 out of 5 stars Another hit
Reviewed in the United States 🇺🇸 on May 8, 2020
Verified Purchase
Dale is happy to be in the state of his birth, Indiana. Then he finds out what the case is about and finds his partner is severely hung over and all the joy is sucked out of him. This was a truly dark story about the dark side of life! The author did a tasteful job of journeying through it. It had a lot of action, drama and horror. I did like the book despite that. Erik Carter just keeps getting better and better. I love the Dale Conley series!
Read more
One person found this helpful
Helpful
Report abuse

Gracie Dennis
5.0 out of 5 stars Interesting book
Reviewed in the United States 🇺🇸 on July 15, 2021
Verified Purchase
Erik Carter writes well and you feel drawn into the action! Being a Hoosier made it even more fun to read. Good action and good finish!
Read more
Helpful
Report abuse

Vicki Kynaston
4.0 out of 5 stars A nonstop read
Reviewed in the United States 🇺🇸 on August 26, 2020
Verified Purchase
Dale Conley is a walking history book. Just when I thought I had reached a stopping point I just had to read one more page. A very dark, but then delightful end.
Read more
Helpful
Report abuse

5.0 out of 5 stars Couldn't put it down
By 72fish on December 24, 2020
Action packed thrills. Love these Dale Conley series. Fantastic reading!
Images in this review

Shar1962
5.0 out of 5 stars Awesome!!
Reviewed in the United States 🇺🇸 on March 4, 2020
A charity event was being held in Columbus, Indiana to raise awareness for two missing teenagers. They wanted to make other states aware of this situation. Perhaps someone would spot them and notify police.
All of a sudden there was a loud crash and glass was falling from the ceiling. And a body was falling. Ella had looked up and saw a man standing there. The body was her cousin A.J., one of the missing teenagers. She tore through the crowd toward the kitchen and out the backdoor. She saw the man and ran after him. She couldn't catch up to him and had not seen his face.
When Dale Conley gets called in and takes the case, he gets more than he bargained for. A cult, demented people, kidnapping, slavery. Will Dale make it through this one? Plenty of action!! A must read!! You won't want to put this book down!!
Characters are fleshed out, plot is well constructed, and story is well written.
I voluntarily received a copy of this book from the author and I'm voluntarily posting a review. My opinion is entirely my own.

N.Hall
5.0 out of 5 stars Dark Secrets Hide in Small Town Indiana
Reviewed in the United States 🇺🇸 on March 4, 2020
A sketch of an ancient Roman group who worshiped a Persian god is found on the dead body of a teen who had been missing for six months when his body suddenly appears. Also missing is a teen girl who had disappeared even earlier. As a result, Dale Conley, agent in the Bureau of Esoteric Investigation is put on the case, returning to his birth state to investigate. Partnering with Dale on this case is FBI agent Jof Murray, who has his own issues.
As the pair begin to investigate, they find that there are many dark secrets in small town Columbus, Indiana. Those with secrets are likely to do anything to keep them covered up, even if it involves their own families.
The action in this book kept me reading straight through to the end. While there are plenty of clues, seldom did I guess just how things were going to turn out in the end.
This book is a great addition to the series and I’ll be looking forward to the next.

I was provided a free advance reader copy of the book. This is my voluntary, honest review.
Read more
Helpful
Report abuse

Connie C
4.0 out of 5 stars What else could go wrong?
Reviewed in the United States 🇺🇸 on March 14, 2020
I enjoyed Dale's new assignment. Much different from his previous cases. More intense than his other adventures. More intense characters in this story. Well done again, Erik.
Read more
Helpful
Report abuse
See all reviews

mirshine
5.0 out of 5 stars Another 5 star read
Reviewed in the United Kingdom 🇬🇧 on March 3, 2020
Verified Purchase
Absolutely love this series. Another great plot, didn't want to put it down and miss it now I'm finished.
Read more
Report abuse

Kat C.
5.0 out of 5 stars Enjoyed it
Reviewed in the United Kingdom 🇬🇧 on March 9, 2020
Verified Purchase
A good action thriller for a winter evening :)
Read more
Report abuse