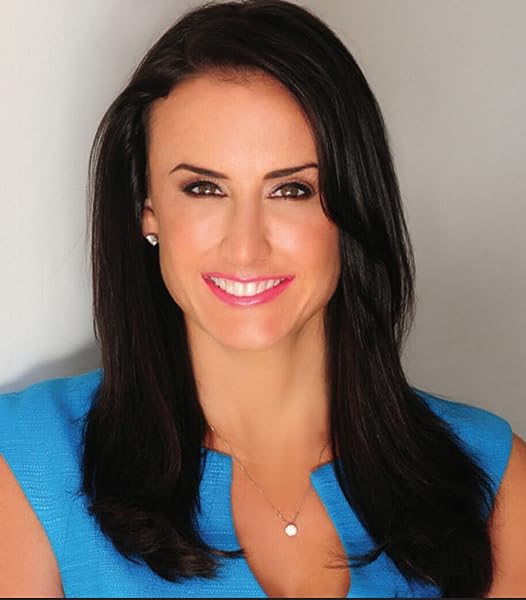 Jump: Dare to Do What Scares You in Business and Life Hardcover – November 16, 2021

by Kim Perell (Author)
4.6 out of 5 stars 145 ratings
See all formats and editions
Sorry, there was a problem loading this page. Try again.
Great on Kindle
Great Experience. Great Value.

Learn the approach that made serial-entrepreneur Kim Perell a multi-millionaire—and it could make you one too. Discover the simple, successful formula for facing fear head on, ditching the excuses that hold you back, and finding the courage to Jump into the next chapter of your life.

Bestselling author and award-winning entrepreneur Kim Perrell shares her powerful personal story about hitting rock bottom and summoning the courage required to take a life-changing leap into the unknown. Broke, bankrupt, and afraid of change, she trusted her instincts, closed her eyes, and “jumped”.  Kim’s self-belief, know-how, and ultimate triumph is an inspiration.

Whether you’re jumping from a place of greatness or uncertainty, Jump will:

Jump shows you how to overcome fear of the unknown and manifest success. Based on Kim’s twenty years of personal experiences alongside thousands of entrepreneurs, business professionals, and investors she’s worked with, she arms you with the knowledge, tools, and mindset necessary to reach unmatched levels of success.

Every great story starts with a jump and Kim’s book will prepare you to take the leap!

Kim Perell is an award-winning entrepreneur, bestselling author, tech CEO, and angel investor who has made headlines for her transformative story. She went from getting laid off and being broke at 23 to becoming a multi-millionaire by the time she was 30 and selling her last company for $235 million. Kim has spent the last two decades as a CEO in the digital media and technology sector, most recently as the Chief Executive of Amobee, one of the world’s leading independent advertising platforms. Kim is also a prominent angel investor who has invested in over 80 companies, 16 of which have successfully been acquired, and some of those are now worth billions. Kim has been named one of AdAge’s “Marketing Technology Trailblazers,” Business Insider’s “Most Powerful Women in Mobile Advertising,” and an Ernst & Young “Entrepreneur of the Year” by the National Association for Female Executives. Hometown: Miami, FL

Kim Perell is an award-winning entrepreneur, executive, angel investor, and the CEO of Amobee, a global marketing technology company with 21 offices worldwide. Amobee has been recognized as one of Fortune Magazine’s Top 10 Places to Work in Marketing &amp; Advertising.

Laid off at 23 from an internet startup, Perell began her journey as an entrepreneur from her kitchen table, becoming a multi-millionaire by the time she was 30 and selling her last company for $235 million.

Perell attributes her success to her ability to execute and believes execution is what makes the difference between success and failure. She is confident that execution is a skill that can be mastered, and actively seeks to teach it to others. Her passion to help young entrepreneurs achieve success has led to her being an early stage investor in over 70 startups, 14 of which have been successfully acquired, and one that went public with a current market valuation over $3 billion.

Perell has been named one of AdAge’s Marketing Technology Trailblazers, Business Insider’s Most Powerful Women in Mobile Advertising, and is an Ernst &amp; Young Entrepreneur of the Year. She has been profiled by CNN Money, The New York Times, Forbes and The Huffington Post.

Amazon Customer
5.0 out of 5 stars Love this book!
Reviewed in the United States on February 7, 2022
It’s a book that’s full of wisdom.All the ideas I learned here can be principles in life to live by. It feels so raw and felt her heart that she truly wanted to make an impact in this world by helping others. Thank you so much Kim, you changed my life too for the better! ❤️
Images in this review

Amazon Customer
5.0 out of 5 stars The Wisdom of Simplicity to JUMP
Reviewed in the United States 🇺🇸 on January 21, 2023
Verified Purchase
The Wisdom of simplicity is priceless. As Einstein famously quoted, “If you can't explain it to a six-year-old, then you don't understand it yourself”. Perell addresses the notion take simply take the JUMP knowing that the process along the way many entrepreneurs and others once the risk was taken improved along the way. This was authentically penned to validate the simplistic actions to be taken when taking a self assessment of those fears or limitations. Yet the complexity of executing these many find difficulty in doing and all the more reason to delve into the wisdom Perell shares. Mirroring the words with known successes of Perell one will find in this read an excellence to front the hindering limitations and take that JUMP. I enjoyed this read and highly recommend this. I leave it on my desk to remind myself just from the title to simply JUMP when I feel the risk and doubt set it.
Read more
Helpful
Report abuse

BBB
5.0 out of 5 stars LOVE THIS BOOK!
Reviewed in the United States 🇺🇸 on April 11, 2022
Verified Purchase
Kim shares some wonderful practical thoughts/stories/advice in this book. It is definitely giving me the motivation/support to make my own "Jump" into a business venture I am passionate about but have kept hesitating on doing.
I plan to get a few additional copies to give to my adult daughters. They were going to borrow mine, but I want to keep mine and provide them their own. Any time I start having doubts, I will just open up my book and read some of the many parts I have underlined & highlighted.
Thank you Kim for sharing in such a beautifully written book.

Stacy Orosco
5.0 out of 5 stars Better than I anticipated!
Reviewed in the United States 🇺🇸 on May 29, 2022
Verified Purchase
I thought perhaps this book would be full of fluff instead of substance but I was wrong! Kim includes relevant data, engaging stories, heartfelt personal experiences, and personal growth lessons and activities that will encourage you to make that JUMP! I want to leave my 20 year career in education to jump into my own business and this the perfect book to help me wrap my head around the fears, thoughts, and hesitation s holding me back.
Read more
Helpful
Report abuse

Ryan J
5.0 out of 5 stars A great read and truly inspirational rules to live by
Reviewed in the United States 🇺🇸 on November 19, 2021
Verified Purchase
This book hit home and left me more motivated than I've felt in a long time. Having read far too many business books where the messages were just recycled anecdotes, Perell's writing weaves together her personal experiences with powerful life lessons for all of us who need to take a step out of our comfort zone and start achieving. Great to see such an inspirational, yet pragmatic view of how to drive personal success and happiness. I read this in 36 hours cover to cover, filled it with notes and intend to give a second read in the coming weeks.
Read more
7 people found this helpful
Helpful
Report abuse

Marianne Murphy
5.0 out of 5 stars Love this book!
Reviewed in the United States 🇺🇸 on February 7, 2022
Verified Purchase
It’s a book that’s full of wisdom.
All the ideas I learned here can be principles in life to live by. It feels so raw and felt her heart that she truly wanted to make an impact in this world by helping others. Thank you so much Kim, you changed my life too for the better! ❤️
Read more

Marianne Murphy
5.0 out of 5 stars Love this book!
Reviewed in the United States 🇺🇸 on February 7, 2022
It’s a book that’s full of wisdom.
All the ideas I learned here can be principles in life to live by. It feels so raw and felt her heart that she truly wanted to make an impact in this world by helping others. Thank you so much Kim, you changed my life too for the better! ❤️

Bruce
5.0 out of 5 stars The right book at the right time
Reviewed in the United States 🇺🇸 on December 13, 2021
Verified Purchase
A top read for me this year! Inspiring, personal, easy to follow and implement advice. It was time for me to "Jump" both in my personal and professional life. This book helps you get out of your own way and do what you need to do, despite any fears or hesitation. I made the jump!
Read more
Helpful
Report abuse

Jonathan
5.0 out of 5 stars One of the best books!!!
Reviewed in the United States 🇺🇸 on January 16, 2022
Verified Purchase
Is changing my life.
Read more
Helpful
Report abuse
See all reviews

Amazon Customer
5.0 out of 5 stars Really good book. Read when you are scared to take step
Reviewed in India 🇮🇳 on March 18, 2022
Verified Purchase
Good book. I read it two to three times.
Read more
Report abuse
See all reviews