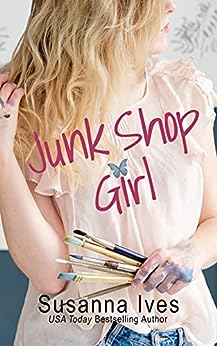 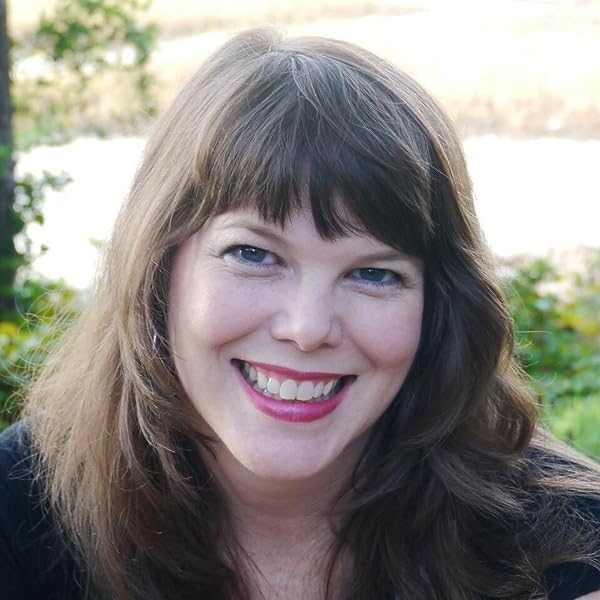 by Susanna Ives (Author) Format: Kindle Edition
See all formats and editions
Sorry, there was a problem loading this page. Try again.
After bad boy Stephen Tellisford ruined teenage Kiki Keller's reputation, she fled to art school in the city. She hoped to leave her small town in the dust forever. But when her hoarder grandfather dies, she is summoned back to take care of his antique store, locally known as the "Junk Shop."

Growing up, Stephen's brother, Russell, escaped their abusive father by hanging out at the Junk Shop, where young Kiki built fantastical worlds from the junk. Years later, desperate for money after his dream job collapsed, Russell transformed his family's crumbling mansion into a resort. Now he's aiming to revive the town's historic square, which has been trashed by the sprawling Junk Shop for decades.

With Kiki as the store's new owner, he might finally get some traction on this project. But the dreamy, trusting girl he remembered has changed. The closer he tries to get to her, the more walls she erects between them. And he doesn't know why…
Read more
Previous page
Next page

Susanna Ives grew up in the country but later found her heart's home in Atlanta's buzz and bright lights. However, after several decades, the traffic defeated her, and she moved again. This time to a quieter, smaller city. She has more hobbies than time. Aside from writing, she enjoys listening to music, cooking gluten-free meals, running at a plodding pace, and binging K-dramas.

Mainer
4.0 out of 5 stars Slow burn romance
Reviewed in the United States 🇺🇸 on September 5, 2019
Verified Purchase
Kiki Keller returns home to the small town of Tellisford, Georgia when her grandfather dies. He raised her and has left her his messy shop and home. Kiki is a successful graphic artist in Atlanta, but her high school years were a misery due to a bullying incident by rich boy Stephen Tellisford. His brother Russell, now a prominent developer, wants the shop as part of his downtown development project, but once he meets Kiki, he also wants her. But Russell has his own baggage due to his father, brother, and ex-fiancee.
This is a fast read. Kiki's friends are fun, but otherwise, there's a lot of trauma before we get to the HEA. I've read some of Susanna Ives' historical books and enjoyed them. She's a good writer and this contemporary is a good start to her new series. I like slow burn romances where the romance happens naturally and over the course of the book; Junk Shop Girl is definitely in that category. You can't help rooting for both Kiki and Russell; they are perfect for each other.
Now I'm curious for Heather's story.
Read more
4 people found this helpful
Helpful
Report abuse

Catherine Marie Scott
5.0 out of 5 stars So good, that I cancelled plans to finish this story!
Reviewed in the United States 🇺🇸 on August 30, 2019
Verified Purchase
Friends are a lifeline, saving us even from the most embarrassing/humiliating situations of our lives. I'm not a reviewer who likes to summarize a story, as only the author can tell the story and hit on all the sweet spots, and this author does so perfectly. I laughed, even through the tears and I didn't mind crying. Thank you, Susanna Ives, for taking me along on this journey through the Gothic south, as if I'd been raised there (I wasn't ... I'm a Northeasterner). Just a few teasers: Kiki has a humiliating secret from her past (totally cringeworthy, because it could have happened to anyone, ourselves, our daughters) ... a crippling secret. However, Kiki finds a way to deal with it, and her life is pretty full, thanks to her friends, who are loyal and a total hoot. But, like we all know, and Kiki learns, she has to face her past sometime and that's where this book starts ... Don't worry, the friends will carry you through, just like they carried Kiki.
Read more
Helpful
Report abuse

Avid Reader
5.0 out of 5 stars A REAL WINNER!!!!!
Reviewed in the United States 🇺🇸 on September 7, 2019
Verified Purchase
The author made the characters real and with depth. As she described her characters and their feelings, I understood their reactions to their experiences. I read this book steadily and found myself thinking about it constantly. No switching because I got bored or the characters did something obviously harmful to themselves. What a pleasure!!
Of course it's a ROMANCE so it has a HAPPY ENDING! Lots of exciting and interesting experience before reaching that ending.
Read more
One person found this helpful
Helpful
Report abuse

M. LaRue
5.0 out of 5 stars Southern Spice
Reviewed in the United States 🇺🇸 on October 17, 2019
Verified Purchase
From the small-town front porch to Atlanta's sophisticated edge, this story captures the South in all its complexities and nuanced beauty. Romance too, and food, such fantastic food. Ives weaves a story about the power of creativity to make and remake anew, and she does so with characters and setting that ring as real as right next door. Yes, you can go home again. I'm looking forward to my next visit to Tellisford.
Read more
Helpful
Report abuse

ko
5.0 out of 5 stars Excellent writing
Reviewed in the United States 🇺🇸 on September 2, 2019
Verified Purchase
I didn’t do half the things I meant to get done this weekend because I couldn’t make myself stop reading. More complex than a lot of romance, making it harder to predict and therefore much better! Eagerly awaiting the next in the series.
Read more
One person found this helpful
Helpful
Report abuse

PK
5.0 out of 5 stars Delightful story
Reviewed in the United States 🇺🇸 on October 22, 2019
Verified Purchase
Thoroughly enjoyed this book. Great story & super characters. Drew you into story & kept you fascinated.
Looking forward to the next installment to see what happened to other characters.
Read more
Helpful
Report abuse

Emily
4.0 out of 5 stars Entertaining beginning to a new series
Reviewed in the United States 🇺🇸 on September 26, 2019
Kittie Keller is now Kiki Keller and no longer the girl she left behind after she was betrayed by her highschool crush. When she is summoned back home after her Grandfather is admitted to a hospital she finds herself under the care of Russell Tellisford who is the brother to the boy had her fleeing years ago. Kiki is trying to navigate back home and Russell is wanting more from Kiki then just friends. Can Kiki put her past behind her in order to have a future?

I liked this, I thought the emotions Kiki feels were well written and you feel for this character. There is a lot going on in this story with other characters. I think this is a great start to a new series.
Read more
Helpful
Report abuse
See all reviews
Report an issue
Does this item contain inappropriate content?
Report
Do you believe that this item violates a copyright?
Report
Does this item contain quality or formatting issues?
Report