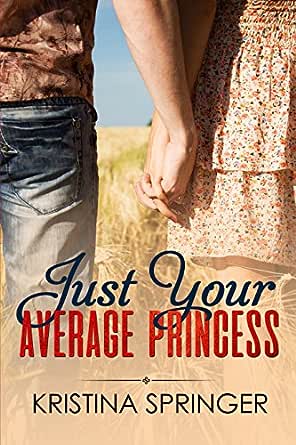 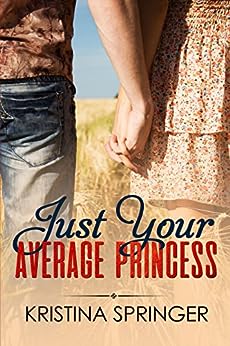 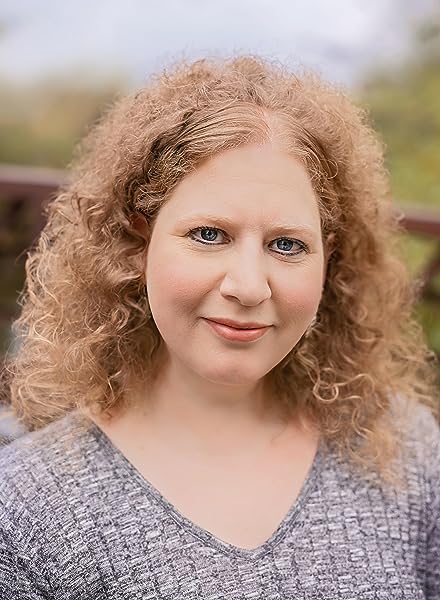 Kristina Springer is the author of The Espressologist and My Fake Boyfriend is Better Than Yours. She lives outside Chicago, Illinois.

“Springer's (The Espressologist) frothy story delivers an appealing setting in the pumpkin patch, and Jamie is a down-to-earth, realistically flawed protagonist whose antagonism toward Milan--while well-founded--also points to her underlying fear that her cozy life in Average is beginning to change.” --Publishers Weekly Online
“…[a] lighthearted, often humorous read.” --School Library Journal
“This cheerful and heartwarming novel set in a small town will appeal to teens who enjoy YA chick lit.” --VOYA
--This text refers to an out of print or unavailable edition of this title.

3.9 out of 5 stars
3.9 out of 5
25 global ratings
How are ratings calculated?
To calculate the overall star rating and percentage breakdown by star, we don’t use a simple average. Instead, our system considers things like how recent a review is and if the reviewer bought the item on Amazon. It also analyzes reviews to verify trustworthiness.
Top reviews

MLS Kindle Customer
5.0 out of 5 stars Fun, endearing and entertaining
Reviewed in the United States on November 5, 2018
Verified Purchase
Although this book is about rural teenage life, it also touches on celebrity Hollywood life. It is endearing and entertaining. The great diverse family dynamics this story has is compelling. I recommend it for both young and old.
Read more
Helpful
Comment Report abuse

Melody
2.0 out of 5 stars Boring.
Reviewed in the United States on April 7, 2019
Verified Purchase
Concept seemed interesting but I quit reading it twice. Just couldn't get into it. I know it was supposed to be slow in the beginning to set up how laid back country life is but didn't seem to pick up.
Read more
Helpful
Comment Report abuse

Kindle Customer
4.0 out of 5 stars Entertaining
Reviewed in the United States on October 11, 2017
Verified Purchase
The Patch sounds like a fun place! I wanna go lol This was a fun book, with a great lesson, but I wish there would've been a little more explanation of Milan's attitude turn around. Just seemed to be missing.
Read more
One person found this helpful
Helpful
Comment Report abuse

J from Midwest
5.0 out of 5 stars Feel good first love happy ending with a twist
Reviewed in the United States on May 19, 2016
Verified Purchase
Loved it! Perfect for my preteen. Now we need to read her other "average" books.
Read more
Helpful
Comment Report abuse

pamelathompsonblogger
5.0 out of 5 stars Girl Pick
Reviewed in the United States on November 7, 2011
Just Your Average Princess is a delighful romp in America's heartland where small towns hold quirky festivals in which the whole town populace gathers to watch a parade complete with a coronation float and a princess who holds the title of Pumpkin Princess or Potato Princess or Sweet Pea Sweetheart.

amie Edwards dreams of the crown of Pumpkin Princess; after all, she has worked the past eight years alongside her parents at the Pumpkin Patch, her family's business. Not only do they sell pumpkins, there are hayrides and a petting zoo for the kids, a candy apple stand, a pumpkin chucker where you can see how far you can launch a pumpkin with a contraption Jamie's father created, a gift shop, and a pumpkin tower.

Jamie has been crushing over Danny for two years. He works at the Patch but barely notices her. He is nice enough but Jamie wants him to ask her out. It is not until her rich Hollywood Kardashian-wanna-be celebutante cousin arrives in town that the real fireworks start.

Milan is the pampered, bratty diva daughter of Hollywood royalty; both her mother and father a mega-stars in Hollywood, and their only daughter spends her time shopping on Rodeo Drive and complaining about everything and everyone else. Jamie thinks it's suspect that Milan arrives during the school year--doesn't she have to attend school in Beverly Hills? When her parents put Milan to work at the Patch, she parades around in barely there size one outfits and high heels. She does as little work as humanly possible and starts grabbing lunch with Danny.

Milan acts like a haughty queen around Jamie constantly belittling her and making her look bad. Jamie can't believe it--she has been nothing but nice and accomodating with Milan. Why is Milan so mean-spirited and snarky?

First her mom, then her co-workers, then her hot crush Danny, and finally her usually conservative and quiet dad falls under Milan's magical spell. Dad allows Milan to buy a fancy latte machine and serve pumpkin lattes to the tourists. Then he stocks a fancy pumpkin facial that Milan gushes about in the gift shop, but the last straw is when Milan enters the Pumpkin Princess contest. Jamie can't stand it--that crown is hers!

What can she do to grab the crown? How can she make Danny notice her long enough to ask her out? Why can't her parents treat her as nicely as they treat Milan? Is the whole town crazy? Jamie knows she has to work to win that coveted crown--and fast.

Fun, cute, quirky, and highly entertaining, Just Your Average Princess is a light read that teen girls will love. Girls who read and liked The Teashop Girls, The Cupcake Queen, The Sweetest Thing, and It's Raining Cupcakes will like this novel.

Highly recommended grades 7-up. No sex. Mean girls behavior--Milan. Mention of Milan making a sex tape but no details. Girls hear worse gossip on Entertainment Tonight than in this novel.
visit my blog for more ya reviews "Young Adult Books-What We're Reading Now" at [...]

princess bookie
3.0 out of 5 stars Just Your Average Princess
Reviewed in the United States on January 20, 2012
My Thoughts: We are introduced to Jamie who has worked on her families pumpkin patch mostly all of her life. Its what she does. Its who she is. So she's super excited that this year she is going to run for Pumpkin Princess. She also has her eyes on a boy named Danny that she has pined after forever. She just wants him to ask her out already. This pumpkin season she wants all her dreams to come true and she thinks she might actually have the guts to achieve them.

Until her snarky cousin Milan shows up from California. Milan is everything Jamie isn't. Milan is outgoing while Jamie is somewhat shy. Milan is high maintenance while Jamie wears overalls and her hair in pigtails most days. Jamie used to get along with her cousin as kids but her cousin has completely changed and grew up.

Milan comes into the picture and starts hanging around Danny, she wants to run for pumpkin princess, she spends time with Jamie's parents so of course its human nature for Jamie to start to get jealous.

I thought the book was enjoyable as a fun read but there were times that Jamie did ramble on a bit much and annoy me a little bit. I think this felt more like a light read that can be enjoyed but your probably not going to get emotional over it. I really liked how it took place in Illinois. I loved all the descriptions of the pumpkin patch and the events that went on at the pumpkin patch. I loved the face paining, the Carmel apples, the lattes. Reading about it me me crave all of them!

I really enjoyed the storyline and the plot of this one.

Overall: Was a fun read. Didn't love it but did really like it. Liked the characters, liked all the descriptions, this book is definitely a book to read around Halloween. It will totally set you in the mood to go pumpkin hunting to find the right one! Just Your Average Princess was a cute and fun read.

Cover: I adore the cover. I love how the girl is sitting atop the hay. I love how she has a dress on and boots. Its very neat!