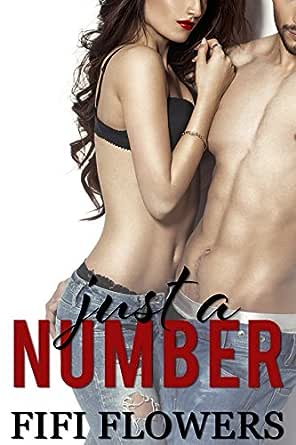 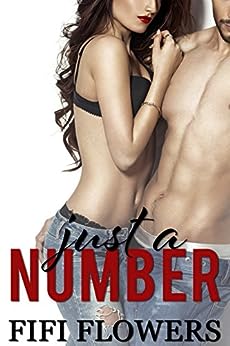 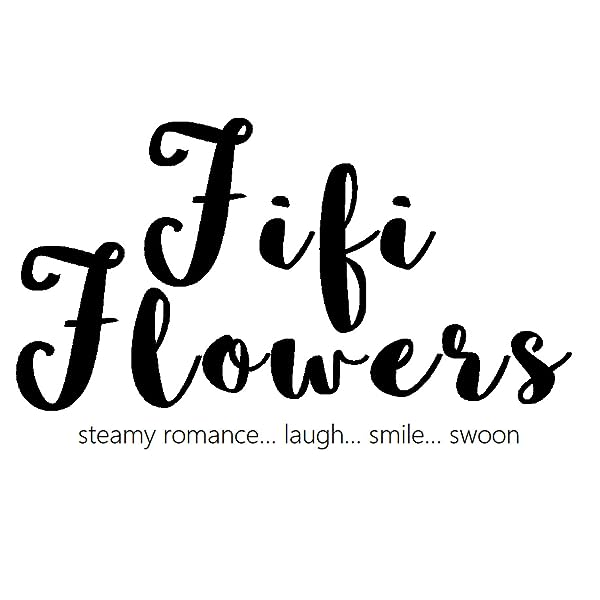 This was a very hawt and fun read. - Natalie of INDIEpendentBook Babes

Just after I finished the book, I felt compelled to message the author and let her know the book was fabulous! This is one that I will definitely recommend and will be adding this author to my favorites list.-Princess Booklover

A Deliciously Different Romance! The romance is dreamy, the sex is hot, and best of all, they have a great friendship. -Deb of Xtreme Delusions

Whoa! Talk about steamy!!! I want to go buy red lipstick and hope someone asks me the same, preferably a "rockstar-yoga-guru"-Itsy Bitsy Book Bits

While daydreaming of her time spent sipping cafe crème in the cafes of Paris, Fifi Flowers, an internationally known artist turn author from the Los Angeles area of California, writes romance novels and paints fantasies with a Parisian flair.

dreamerinexile
5.0 out of 5 stars Fate happens when you least expect it 4.5 gold stars
Reviewed in the United States on March 14, 2016
Verified Purchase
My first encounter with Fifi Flowers and I am totally in love with her storytelling. Just a Number is a light, fun and sexy read with a touch of hidden depths to it that left me smiling, swooning and even crying at certain points.

The story starts off with Willow getting ready for work. She’s a manager at a PR company and is totally into her work. She’s smart sassy, incredibly beautiful and strong. She receives two surprising emails on that day, one from her mother, which a big shock since Willow had no idea her mother, Marian, had even knew how to operate a computer and the 2nd from her boss informing her of a merger that has been given the green light.

Then we meet Dash, oh my god, this man is totally swoony and to die for and I may have wanted to throw myself at him at every given moment because! He’s just that good. He’s smart, funny, is a rockstar-yoga-guru and he’s perfect. Initially it wasn’t clear what Dash did other than his yoga but we find out later on what his day job is. But for the moment he see him traipsing all across the country to give yoga lessons to holiday goers in various known hotels.

Both Willow and Dash have one thing in common, they don’t do commitment. They are opposed to it for various reasons, reasons which when I learned about made my heart stumble. Both of them had to walk away from a painful past. A past that has shaped them into who they were today.

As Fate would have it, Dash meets Willow accidentally when he’s over for a short visit and all his senses enhanced by yoga goes into overdrive. He cannot believe the instant attraction he feels for a young woman he just meet for a few minutes. Sadly he doesn’t have any way of finding her. Or does he? Well this thing called Fate is what bring Willow back into his life again when he finds her at a resort that he’s giving yoga lessons at. And sparks fly, souls mesh, and these two perfect for each other couple get to know each other on every level but personal. That’s the one rule Willow has not to ask personal questions and Dash never oversteps his bounds.

Dash tries hard to fight this connection that leaves him wanting more, more than he’s ever dreamed of wanting, more than he knows Willow wants. But they continue with their fun affair and slowly gives more of each other and falls deeper into each other’s spell.

While their souls are meshing on a different level, Willow continues to receive emails from her mother which gives her insight into her mother’s life and also into the dark and archaic thoughts of her father. She learns that he’s kept snippets of her professional success, and she learns things that makes her open up to a side to herself that she’s always kept switched off. She also learns more about her company merger and wonders what role she would have to play.

When Fate has decided on the outcome no matter how much you fight it, you can’t run from it. Willow and Dash finds themselves in each other company yet again and in this case it also involves their friends. But the final stumbling block comes when they both find out that they work for the same company. What happens next is something I didn't think would happen. To find out Willow and Dash's fate, 1-click this beauty as soon as possible.

Just a Number wasn’t just a story about two people fight against love. It was two beautiful souls who were right for each other maybe finding their way back to each other. Along the way we met their incredibly friends. There was Thumablina and Hazel and Mr. Simon, I gave a little bit of my heart to all three. And then there was Rex, Leo and Trey, these boy had me laughing, their comfortable camaraderie made me miss my own friends. Just a Number was exactly what I needed, a beautiful blend of fun and sexy with a heavy touch of swoon.

If you’re looking to fall in love with characters and leave feeling refreshed. If you want to laugh, giggle, smile, swoon, get hot and bothered, then I totally recommend Fifi Flowers Just a Number for you.
Read more
One person found this helpful
Helpful
Comment Report abuse

Jane Elizabeth
5.0 out of 5 stars I so...
Reviewed in the United States on February 1, 2017
Verified Purchase
I so enjoy reading Fifi's stories. Different characters and storylines, but with something in each that ties them together...Pinard (a French slang word for cheap red wine served to soldiers during WW2) Winery, owned and operated by Pinard and his wife Caron, is in every one I have read.
Willow and Dash most definitely had a serendipitous beginning. Both had the similar rules: HER'S-Only fun. No feelings. Forever—not an option, Simple Flings.
HIS-No happily-ever-after. No relationship. No details of personal life.
The rules had never been an issue...but things were changing...would they break their rules or walk away from each other for the last time?
My fave quote was in the beginning of the book, Willow had imbibed in a few to many "martoonies." "Thumbilina" was trying to lead her out of the bar when she saw a hunk at the bar and grabbed his tie:..."
“Yum!” She moved right into my personal space. Lips so close to my face. “I could rock your corporate world. Handle removing your brief… case. Bet you have a nice investment package. Our amalgamation would be off the
charts...BOOM!"
I cracked up...then kept reading. This story is fun, flirty, and hot!
Read more
Helpful
Comment Report abuse

Badass Lioness
VINE VOICE
4.0 out of 5 stars Sexy yoga 'guru' meets 'corporate princess' and sparks fly!
Reviewed in the United States on March 21, 2016
Verified Purchase
From the cool cover that shows the couples yoga done by Willow and Dash to the sexy fling that the they tried to keep casual, I enjoyed this story. I really liked that Dash is a "yoga guru", in demand for his yoga skills. Willow is a focused PR career woman, "corporate princess", who only wants casual sex, no commitment. They clicked, despite both being 'just a number' to each other. There are sexy scenes throughout the story.

Willow has been negatively affected by her father's disdain for women who work as well as her mother's choice to be a housewife. Her rebellion has helped do extremely well in the PR field. She is smart, savvy, and everything her mother is not... until her mother reaches out to her by email. Then both mother and daughter begin to build a relationship and things are revealed about her father. That gave the story poignancy and depth.

Dash has three friends that created an interesting product with. His friends do fun things. As for Willow's friends / colleagues, DJ Suze was fun as was Tomasina who had a hand in Willow and Dash meeting. I like when secondary characters add to the storyline and are interesting on their own merit. Also, there were some fun locations on the island and downtown Los Angeles.

I really liked 'meeting' Dash's friend, Rex Holden, who I think is a character I want to read more about. His advice is amusing and pretty good. Then there is 'Thumbelina' AKA TomKat AKA Tomasina, who I thought was pretty great. I'd love to read their story, which I hope will be the next in the series.

Then there was a twist that I could have lived without because I liked Dash as he was. I thought he was more interesting without it.

Note: I received an ARC for review. This is my honest review. I liked enough that I 1-clicked it when it was on sale. I would like to read more in this series, especially about Rex and TomKat.
Read more
Helpful
Comment Report abuse
See all reviews

bluebird
4.0 out of 5 stars Silent number
Reviewed in Australia on February 3, 2017
Verified Purchase
For Dash & Willow their flings are just numbers. But will they do a number on each other?
A decent hot read with a yoga guru & the career girl.
Read more
Report abuse
See all reviews