You've subscribed to The Justicar Jhee Mysteries! We will preorder your items within 24 hours of when they become available. When new books are released, we'll charge your default payment method for the lowest price available during the pre-order period.
Update your device or payment method, cancel individual pre-orders or your subscription at
Your Memberships & Subscriptions
There was an error. We were unable to process your subscription due to an error. Please refresh and try again. 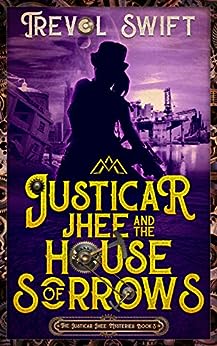 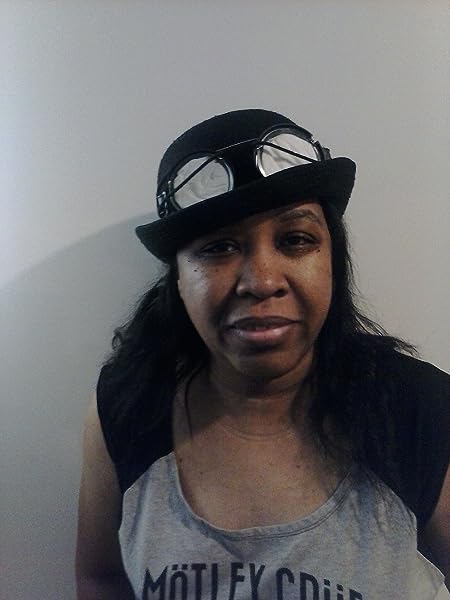 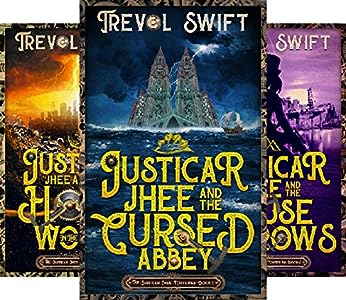 Trevol Swift is a sometimes-sassy author of fantasy who grew up in Connecticut. She graduated with a BS in Computer Engineering Technology and now lives in Eastern Massachusetts. In her spare time Trevol enjoys gaming of all styles, cosplay, reading, writing and dancing. She also likes to relax by getting creative, with drawing and storytelling among her favorite pastimes. --This text refers to the hardcover edition.

Lorrie S Crawford
5.0 out of 5 stars Loved It
Reviewed in the United States on August 5, 2020
Verified Purchase
Trevor Swift has created such a world with such believable characters. This is my third to read and I loved it!
Read more
Helpful
Report abuse

Ruth A McLaughlin
5.0 out of 5 stars Political intrigue and family relationships
Reviewed in the United States on April 10, 2020
This should be a classic, such as LOTR saga and many others! I received this free book for review and enjoyed it down to last page and whisper of the possible backstories and progress of the characters. The imagery is a peacock of flavors and colors, a costume and scenery department delight. I started with the first book and was hooked from the beginning. This read is for all ages from middle, YA, or older readers and as the series deepens, the more spellbinding and intense it becomes. Action reveals the life of Justicar Jhee, her polygamous household of two husbands, Shep and Kanto, and a wife named Mirrei. They have moved upward on the political stage and new household settings in a larger city fire the roles among household members seeking to retain or solidify their positions. I enjoyed the way all had important roles, solid interests that intermingled with the others in order to deal with any impending situation. Shep has suffered many things from his military service as a berserker, treated by the Medical Protectorate division called "The Cutters". His fellow vets are disappearing and ending up dead under mysterious circumstances. Jhee has to navigate through the Imperial courts. Kanto as second husband becomes more important in duties and deepening relationship to Jhee. Mirrei is a healer spending time away from family to work her craft. The item of children in the family becomes important. This was a very interesting section in itself and well written with the duties, obligations and legal aspect of offspring, Jhee as usual is led astray with legal concerns and forced to look at her duties closely and in future terms. One of her family no longer fits in their role and must be ousted.
Read more
Helpful
Report abuse

Doug Williamson
5.0 out of 5 stars Missing persons
Reviewed in the United States on June 5, 2020
Just when she thought things were settling down, people start to go missing, including those close to her family. Our heroine must get to the bottom of this to avoid suspicion falling on herself and her family.

This is book three of the series. It works well as a standalone. All of the essential bits are explained pretty early on.

This is a mystery story with an intriguing fantasy/urban fantasy setting. It has magic which I usually associate with fantasy as well as shifters which I generally consider urban fantasy. Fortunately, labels aside, the entire thing comes together to create a well detailed, very deep setting for our story. The characters are also well developed with lots of depth, detail and individuality to them. All of this supports a plot that is rather complex and full of twists and turns which keep you guessing as to what comes next. My only real issue with the story was that it delved into the politics of the world rather more than I care for. Nevertheless, I still found it to be highly enjoyable.

I received an ARC from StoryOrigin for review purposes.

WhiteQueen45
4.0 out of 5 stars Good plot and interesting world
Reviewed in the United States on April 2, 2020
Having read the first books, I think this one is the best yet. Miss Swift's style is quite different from other fantasy authors, and I find her characters and world fascinating. This plot moves right along, with many facets - her family situation, politics in the capital, the mystery of the deaths of various people and a plot behind them ... keeps you turning the pages!
I received a review copy and voluntarily leave this review.
Read more
Helpful
Report abuse

Roger Fauble
4.0 out of 5 stars 4 1/2 stars
Reviewed in the United States on April 21, 2020
Justicar Jhee and the House of Sorrows (The Justicar Jhee Mysteries #3), my fourth read from author Trevol Swift, and the fourth book in The Justicar Jhee Mysteries. A fun-to-read fantasy/mystery. Character & plot development are great. The style is reminiscent of the writings of Sir Arthur Conan Doyle. I look forward to reading the next book in the series when it comes out. (RIP Marley January 20, 2014 - July 24, 2018).
Read more
Helpful
Report abuse

Marilyn Smith
VINE VOICE
5.0 out of 5 stars Needing to solve the mystery of people disappearing and then others dying!
Reviewed in the United States on March 30, 2020
Jhee is finally living peacefully until a friend turns up missing and then one of hers husbands does too. When she’s checking she finds her first husband is involved with a ex military berserker club. Her friend turns up at her home but then disappeared again. Then berserkers and ordinary people are being found dead. Now she had to solve the mystery of why and who’s behind this as the secret police are looking at her to be involved! I voluntarily reviewed an Advanced Reader Copy of this book.
Read more
Helpful
Report abuse

Margarita Rose Bailey
5.0 out of 5 stars Engrossing
Reviewed in the United States on April 6, 2020
As usual a fast paced action packed storyline. With various subplots throughout. Keeps you thoroughly engrossed right through to the end of the book. Wonderful characters this writer has a way that brings them alive and vibrant to you. Very well written series and I am anxious to read more.
Read more
Helpful
Report abuse

CAREFREEBEV
2.0 out of 5 stars Maybe it's just me.
Reviewed in the United States on May 3, 2020
Couldn't get into the world of this book - just not what I expected. I'm sure others who like such alternative worlds may like this.
Read more
Helpful
Report abuse
See all reviews