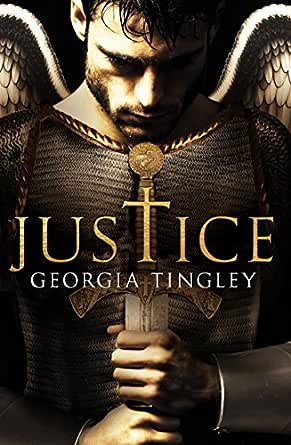 You've subscribed to Angel Calling! We will preorder your items within 24 hours of when they become available. When new books are released, we'll charge your default payment method for the lowest price available during the pre-order period.
Update your device or payment method, cancel individual pre-orders or your subscription at
Your Memberships & Subscriptions
There was an error. We were unable to process your subscription due to an error. Please refresh and try again. 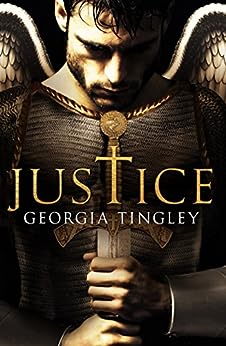 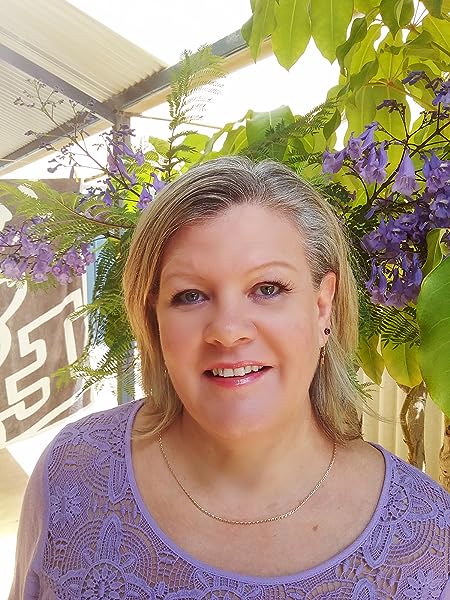 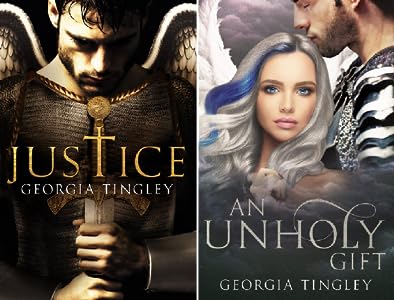 Georgia lives in Perth, Western Australia - only a short walk from some of the best beaches in the country. Married with just her husband and herself at home, but with four children and four grandchildren there's never a dull moment. She is especially lucky to have met and married the most romantic man, who took her on a surprise vacation to an island resort in the Maldives, where he proposed on a tropical beach! So, she thinks she has the experience for writing romance. After accepting a voluntary redundancy from her workplace, she decided to take on the thrill of writing. And she hasn't looked back. In her downtime Georgia loves to read, watch TV shows and movies, swim, do crafts and get into the garden as it's so therapeutic. She and her husband also enjoy travelling and are planning a big trip to the 'Red Centre' this year. --This text refers to the paperback edition.

Bobbie
5.0 out of 5 stars Creative and exciting
Reviewed in the United States on June 5, 2018
Verified Purchase
The world of supernatural fiction has been around so long now that it can be difficult to find a story that's totally different from the ones that are already out there. In this case, though, I think the author has done an excellent job. I've read mysteries. I've read stories about angels and demons. I've never read anything quite like this! The story was fresh and different and I loved every second of it! I especially loved how Tingley was able to weave elements of all sorts of genres into this book. There was plenty of mystery, romance, and supernatural to keep all sorts of readers happy without any of them completely taking over the book. I cannot claim to have been surprised by the ending of this story. I'd figured it out a while before it was revealed. Still, I loved the way that details unfolded slowly and things came together. This book was spectacular and kept my interest so thoroughly that I was pretty much addicted to it from the start and I kind of wish I hadn't finished reading it just because I don't want to be done with it! I'm so glad that this one is part of a series and I can't wait to read the next installment!
Read more
Helpful
Comment Report abuse

Kindle Customer
5.0 out of 5 stars Outstanding story
Reviewed in the United States on May 24, 2019
Verified Purchase
This story had mystery, suspense and kindness. Great job by the author
Look forward to more works. It's true, there is evil in today's world
Read more
Helpful
Comment Report abuse

Jamie Bee, Reading Fanatic Reviews
TOP 50 REVIEWER
2.0 out of 5 stars Not Grounded in PNW Reality
Reviewed in the United States on January 10, 2020
I was put off by this book on several counts. I am actually from the state where this book takes place, so I was jarred right away by some terminology and other words used. It was clear to me rather quickly that the author is not native to the United States. It's fine to have a setting for a book in a place where you don't live, of course, but you should do enough research so that natives of that area will believe that you know it. It is a disservice to your other readers who don't know the area if you don't portray things correctly. So, right away, I felt like there was a barrier between me and the book. There is also a shocking amount of grammar, punctuation, and usage problems, enough to be distracting. Sometimes I felt like I was looking for the next punctuation mistake or error about the area where I live, not enjoying the story.

The story reads mostly like a detective novel with elements of the supernatural thrown in. Given that the main character was a warrior angel, the book felt surprisingly light on the angelic aspects, and he didn't actually seem to have many supernatural powers. Certain things in the story's timeline didn't make sense and had me scratching my head. Some big things that happened at the end were not foreshadowed, so it felt like they came out of nowhere. I'm all for books having twists and surprises, but the author needs to weave in clues so we can look back and go, a-ha, we should have seen that coming.

I received a free copy of this book, but that did not affect my review.
Read more
One person found this helpful
Helpful
Comment Report abuse

S Lange
3.0 out of 5 stars A Quick Read
Reviewed in the United States on December 20, 2019
For some reason Justice in my mind seemed like one of those old fashioned detective dramas, which I do enjoy. The story starts innocuous enough and with Justice only showing minor angelic powers like hypnotic suggestions and a few other minor powers it didn’t feel to supernatural like.

He had a bit of a smart-alecky side, which I enjoyed. When he met Andi and he felt the instant chemistry between them he was at war with what an angel is allowed to do and what he really wanted to do.

For the most part the story plays out like a regular detective story, with some touches of supernatural thrown in. As more and more revelations come to light is when things start falling apart a bit for me. Some of the revelations trying to follow the timelines and when things happened didn’t add up. Then the ending when it went full on left turn all of a sudden was just a bit jarring as you tried to now wrap your head around this new development and piece it together with some of the revelations.

The saving grace was the sweetness of the relationship between Andi and Justice and the final justice for the families. In short it was a quick read, with likeable characters.

Heather
4.0 out of 5 stars A great start to a new series!
Reviewed in Canada on January 7, 2020
Verified Purchase
Justice is the first book in the Angel Calling series and is a great start to this new series.

A missing person case that is four decades old needs justice. Justice comes in the form of an angel who is on Earth to prove who killed the girl. I really enjoyed this crime procedural mixed with the supernatural. The characters are well developed and the storyline is well written and flows nicely.

I am looking forward to reading more books in this series.
Read more
Report abuse

Pat Garcia
5.0 out of 5 stars Justice by Georgia Tingley
Reviewed in Germany on April 5, 2018
Verified Purchase
Justice, a book by author Georgia Tingley, deals with a painful loss and the search for atonement.

Where is Christine Conroy?

A small country village in Oregon had asked themselves that question for years and had not come up with the answers.

The book, Justice, deals with Conroy’s disappearance and reveals unexpected information about other people no one suspected.

Tingley opens with a prologue that catapulted me into her story. She got my attention immediately.

After reading her book, I came to the conclusion that she has written a homage to lost souls who have disappeared and have not been found.  They are the missing persons. They remain unforgotten and become unsolved cases. Their parents go to their graves hoping they will return.  The sudden vanishing of their child, without goodbyes, binds the pain and keep the memories alive in their hearts.

Tingley’s main character is named Justice. There is a twist in this story, and I had to smile. The author has done an outstanding job handling the spirits of darkness that continually fight against the spirits of light and goodness. In very few words, she gives us a picture of evil. Her descriptions are succinct, not overly flowery. Direct hits that will touch the heart of anyone reading. It will keep you turning the pages. Each page I turned made me want to continue reading.

If you have read any of the ancient books about witches, demons, and the devil against goodness, this story will appeal to you. Alone the character, Justice, reminds you that the length of years does not erase the fact that a crime has been committed and must be atoned.
Read more
Report abuse
Translate review to English

Carolyn
5.0 out of 5 stars I couldn't put it down
Reviewed in Australia on March 26, 2018
Verified Purchase
I just finished reading the novel, Justice. I loved it. the funny bits were good and lifted the heavy tension at times. Great job.
I felt like I was reading a story by an author I knew well. It felt familiar and like I’d read it before, sort of like coming back to a well-loved classic you have read many times.
Similar to the feel I got from good popular writers, like Stephanie Meyers or C J Archer.
I can't wait to read more in the series.
Read more
Report abuse

DL Nix
4.0 out of 5 stars Divine stepping in to help.
Reviewed in Australia on April 27, 2018
Verified Purchase
The premise of this story is inspired. Angel's assististing the police isn't a new concept but Georgia keeps the story fresh with her deep knowledge and history of each character. I was drawn inside the tale and felt many powerful emotions while reading Justice. Although this can be a stand alone I was excited to hear that there will be another book.
Read more
Report abuse
See all reviews