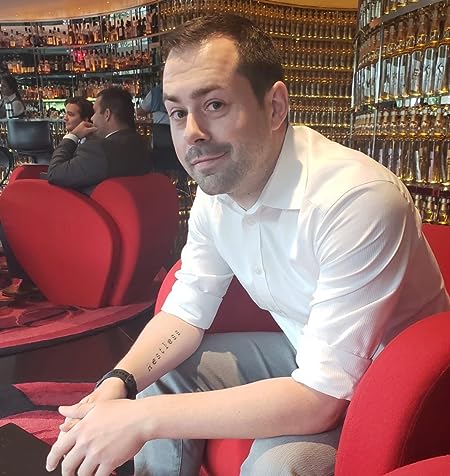 Ever since he stopped wanting to be a dinosaur, Justin Carroll wanted to be a writer. He graduated with a degree in English Literature and Language from King's College, London in 2004 and now, when not writing, he fritters away his time on all manner of geeky things.

Shortlisted for several international short story competitions, Justin was a finalist in the 2010 British Fantasy Awards with "Careful What You Wish For" (Wyvern Publishing) and placed in the top twenty of the NYCMidnight Short Story Challenge twice.

His second novel, the mid-grade/YA ‘Hemlock Jones & The Angel of Death’, the first in the Hemlock Jones Chronicles, was published in 2016. It won a silver medal at the 2017 Wishing Shelf Awards, and was listed as a top 5 read by a number of blogger-reviewers.

The second in the series, 'Hemlock Jones & The Underground Orphans' was published in 2019, and follows the continuing exploits of Hemlock and her friend and assistant, Edward.

Find out more about Justin Carroll and his books on the author’s website: 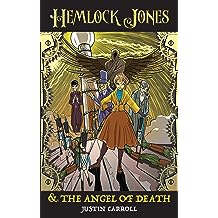 Hemlock Jones & The Angel of Death (Hemlock Jones Chronicles Book 1) Oct 2, 2019
by Justin Carroll
( 38 )
$2.99
Ten doors down from the home of a world famous ‘consulting detective’ lives twelve-year-old Hemlock Jones, and her recently arrived housemate and unwitting companion, Edward Whitlow.Hired to ‘demystify’ the mystery of a man's murder by a terrifying angelic spectre, Hemlock and Edward’s investigations will lead them all over Victorian London, uncovering bizarre and deadly foes, figures from Hemlock’s hidden past, and a plot to take over the city...Hemlock Jones & The Angel of Death is the first of the Hemlock Jones Chronicles, a series of detective adventures for children and adults, set in Victorian London.WINNER: Silver Medal, 9-12 year old category, 2017 Wishing Shelf Awards.
Read more
Other Formats: Paperback 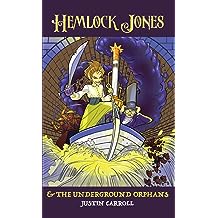 Hemlock Jones & The Underground Orphans (Hemlock Jones Chronicles Book 2) Nov 4, 2019
by Justin Carroll
( 15 )
$2.99
When orphans vanish from their beds across Victorian London, twelve-year-old demystifier Hemlock Jones and her companion, Edward, take the case! This time, the trail will lead them from their Baker Street home, along lost rivers and into the heart of the city, to face exotic enemies and a charming man with dark plans…Hemlock Jones & The Underground Orphans is the second of the Hemlock Jones Chronicles, the award-winning series of detective adventures for children and adults.
Read more
Other Formats: Paperback 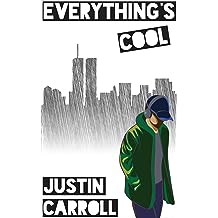 Everything's Cool Dec 20, 2012
by Justin Carroll
( 19 )
$0.99
Stan has always known how the world will end, and that only he can save it. And he's always known that someone will try to stop him. From his apartment, his thoughts hidden by static, trusting no one and eating and drinking only what he knows is safe, Stan seeks out the man his dreams tell him will be responsible for the apocalyptic 'Project Cassandra'.

Faced with a potential spy in new colleague Rachel, Stan's increasingly frantic search takes him down dark paths to darker places. He will have to confront his fears, commit desperate acts and forget all he has known in his mission to save the unwitting, ungrateful world from its destruction.

Everything's Cool is a black, paranoid and occasionally funny story of obsession, conspiracies and the end of the world. Stan might be insane, but is he wrong?
Read more
Other Formats: Paperback