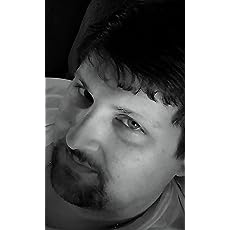 Ever since he was old enough to write, Justin Field has always had a story to tell.

An avid reader and filmgoer from a young age, Justin has enjoyed bringing his visions to life both on the page and on the screen. He is especially interested in mysteries, suspense, and thrillers, inspired by the likes of authors such as Stephen King and filmmakers such as David Fincher, Christopher Nolan, Michael Haneke, and David Lynch.

When he isn't writing, you'll likely find Justin at a piano or with a guitar in his hand, or traveling with his wife and two children. "To Be Known" is his debut published novel. 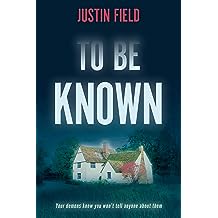 YOUR DEMONS KNOW YOU WON'T TELL ANYONE ABOUT THEM

Edward Doyle, recently laid off and in search of work and direction, returns from the city to his hometown, a tight-knit village in the English countryside, where he is welcomed by the current owners of his childhood cottage. Community. Tradition. Family. Life is perfect here…or is it?

What begins as a pleasant visit soon takes a sinister turn, as Edward realizes that the cottage harbors a dark past. Not only that, but the Suttons—and perhaps even himself—also have secrets buried in their own closets. Some they will battle in their minds. Some they may confront in the flesh…but at what cost?

The more Edward discovers, the more his assumptions are challenged. Secrets cannot stay hidden forever. As the story builds toward its unforgettable, shocking climax, discover which ones are dying to be known…