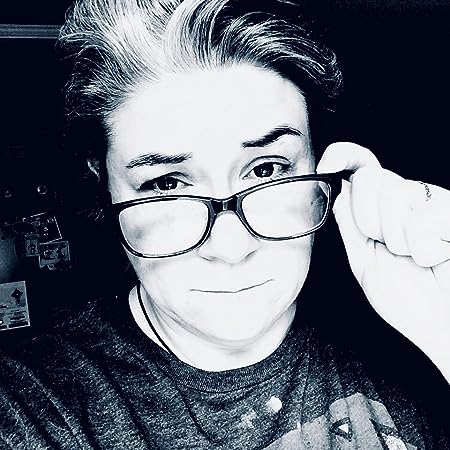 K Bair (1975-Present) is an American author/illustrator, who, despite academic expectations of becoming a writer, was determined to take the longest possible scenic route to avoid being "predictable".

Bair dove, head first, into the turbulent waters of video game animation at the tender age of seventeen (Ringworld 2, Star Trek: Judgment Rites), but managed to survive long enough to scramble onto the slightly less volatile crust of comic book creation a few years later (Ninja High School Hawaii, Oasis Destiny). After the dust cleared from the inevitable financial implosion, Bair found some stability in costume design, and set up a nice, little shack made from discount fabric remnants and silicone caulk. (The World of Wigcraft)

After the Great Moth Invasion of 2014, Bair became a cave-bound recluse, but stopped just short of going "full-hermit" to offer training and mentorship programs, allowing other artists to learn from a life of creative folly. (Cafe Hoshi)

In 2019, Bair decided to give into the brain's internal peer pressure, and finally let it use the hands to write a proper novel. However, the brain got greedy, and wrote seven more in the span of a few months, and the spine had to intercede by displacing four discs, stopping the hands from enabling any more of the brain's nonsense... at least until it had time to recover from surgery.

The result is The Ulysses Project, an on-going world of interconnected stories, where laughter isn't always happy, darkness isn't always sad, and there is more going on under the surface than most readers will catch on the first pass. As an autistic author, Bair hopes to give audiences a glimpse into the complex workings of a "different brain", with character driven stories that are intimate, honest, and continue to evolve as the reader's perception grows.

...and there are psychic cats. For people who like cats. Or psychics. 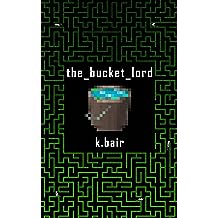 The Bucket Lord (The Ulysses Project) Jun 7, 2020
by K Bair, Marcia Brown
( 1 )
$3.99
As a non-playable character in a video game, Randiwic had a wonderfully uncomplicated existence: wake up, fill his bucket, empty his bucket, sleep. He had become the master of the mundane, unchallenged in his task, and unbothered by the increasing droves of strange new visitors to his tiny village. Then his fairy godmother gave him consciousness, and ruined -everything-.
Read more 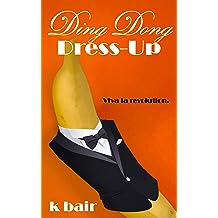 Ding Dong Dress-Up (The Ulysses Project) Oct 24, 2020
by K Bair, Marcia Brown
$3.99
Mercedes Mendoza has a problem with penises. They keep popping up in unexpected places, like a drunken uncle photo-bombing her fairytale wedding. Not that she really wants to get married, or can even imagine anything other than a cat as a companion, but the uninvited guests are ruining even her modest dreams of hermitdom. After a particularly nasty phallic photo pushes her last button, she retaliates by giving it a comedic makeover, and unknowingly, begins a revolution of epic proportions.

Her images draw the attention of a sociology professor who has been looking for the right pissed-off hen to hatch his unorthodox egg, and gives Mercedes a mission - use her artistic skill, and a few willing models, to de-weaponize the penis. However, Mercedes soon discovers that this battle of the sexes isn't really as pink and blue as she'd previously thought, and the handsome photographer hired for the project is even more distracting than the parade of puds.
Read more 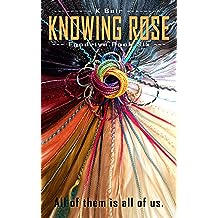 Knowing Rose: Egodrive Book Six (The Ulysses Project 6) May 31, 2020
by K Bair, Marcia Brown
( 1 )
$2.99
After reconciling with her mind and her past, Rose is ready to hunt. Someone in Honolulu is turning the children of Ulysses into mindless cannibals, and Rose knows she needs to save her family. However, Ezra is hesitant to return Steven and Rose to the field without knowing the buck's motives, or his possible plans for the partners. As a compromise, Ezra sends a different team to Hawaii, and Rose is sent to hunt down the Huli Gang directly.

After absorbing Iram's knowledge, Rose is beginning to see the forest spreading out in front of her, and has the sneaking suspicion that the fire is about to change everything.
Read more 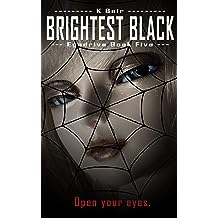 Brightest Black: Egodrive Book Five (The Ulysses Project 5) May 22, 2020
by K Bair, Marcia Brown
$2.99
When Rose looks in the mirror, she's no longer sure who is looking back. Her subconscious mind has been controlling her body whenever she sleeps, and she slept for six months. While Ezra and Kyle work to fill the gaps in Egodrive's data, Iram and Rose try to piece together her missing memories, and hopefully, find a clue to lead them to Ulysses.

But they aren't the only ones trying to find the elusive buck. The Huli Gang are hunting him as well, and a deadly young woman has constructed a web to keep everyone tangled until her work is done.
Read more 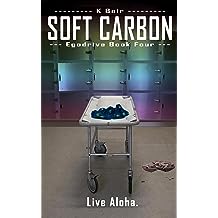 Soft Carbon: Egodrive Book Four (The Ulysses Project 4) May 20, 2020
by K Bair, Marcia Brown
$2.99
Rose is dead inside. The explosion that almost took her life five years ago has left her forever changed, and without use of her hands, or her purpose as an Egodrive Security Specialist. When Ezra tells her of a clinic in Honolulu that claims to be able to restore the use of paralyzed limbs, her interest is piqued. Even more so, when she learns that they have unintentionally raised a man from the dead.

Rose teams up with Steven, Egodrive's only Nomodder agent, to learn more about the clinic, and they discover that the doctors, the patients, and the island -itself-, are covering up much more than the occasional zombie.
Read more 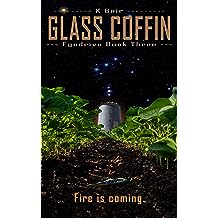 Glass Coffin: Egodrive Book Three (The Ulysses Project 3) May 18, 2020
by K Bair, Marcia Brown
$2.99
Two years have passed since Remy's first mission, and Egodrive finds itself under attack from a mysterious cult calling themselves the Nation of One. The group's low-tech tactics are alarmingly effective, and Remy and Rose begin to suspect a connection to the "anti-nanite" Nomodder community.

Meanwhile, Mariska Anjool is serving her Sapphire Doll sentence on a Nomodder farm, and has her own plans to take advantage of the distraction. She already has the boss' son eating out of her hand, and means to use the fire and brimstone of the Nation of One as cover for her escape... and revenge against the ones who imprisoned her.
Read more 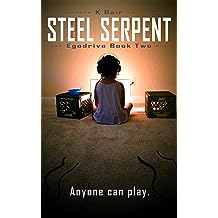 Steel Serpent: Egodrive Book Two (The Ulysses Project 2) May 11, 2020
by K Bair, Marcia Brown
$2.99
Remy's first official mission with Egodrive drops him into the high-pressure world of competitive gaming. Someone is taking out top ranked pros by delivering a fatal blow in real life. The only witness is an amateur gamer named Iris, and Remy suspects she's already in the murderer's sights. The hunt takes him deep into gaming culture, where fantasy and technology blur, and numbers management can mean the difference between microwaved rice and filet mignon.

Iris is at the middle of it all, pushed and pulled by people who seek to use her, and struggling with her own crippling anxiety. But her natural skill is starting to turn heads, and if she can survive the murderer's game, she very well may be crowned the new queen of Steel Serpent.
Read more 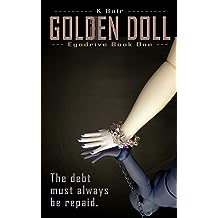 Golden Doll: Egodrive Book One (The Ulysses Project 1) May 10, 2020
by K Bair, Marcia Brown
$2.99
In a world where identity has been reduced to DNA and a record of debt, and nanotechnology has made customization of the human body commonplace, Remy is a nobody by design. Living off the grid, keeping his face off the network, and his fingerprints in his pockets. Just when he starts to believe he's finally left his demons behind, they come for his wife - and the debt must always be repaid.

Believing that she has been kidnapped to be sold as a nanite-enhanced sex worker, Remy travels to The Netherlands to enlist the aid of a watchdog organization, and ends up uncovering a high tech human trafficking network operating out of Amsterdam's Red Light District. With each clue he finds, another finger points to his own past, and Remy realizes that the only way to recover his wife will be to sacrifice his anonymity.
Read more 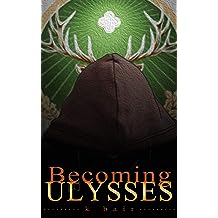 Becoming Ulysses: An Egodrive Prequel (The Ulysses Project) May 9, 2020
by K Bair, Marcia Brown
$3.99
As the queer son of an utra-conservative politician, Elias wants to be anyone but himself. His father's lawyer takes great pains to maintain the young man's anonymity, but after Elias narrowly escapes a nightclub massacre, there's no way to keep him out of the public eye - especially since he's been framed as an accomplice.

Elias receives an offer from a mysterious benefactor in Macao, who offers him a new identity in their blossoming pharmaceutical company. He's tasked with creating "the next big thing", with no other direction than a fully stocked lab and a greenhouse full of potential product. Elias isn't sure what he's supposed to be looking for, but he can't help but notice that his coworker seems almost too interested in his progress.

The change in locale isn't the only transformation happening in Elias' life, as bizarre visions of an alternate reality creep out of his dreams and into waking. He's hearing voices, seeing places he's never been, and for some reason, the deer head on the mantle is smirking at him. Elias has no one to confide in besides an adopted cat, who he's not really sure isn't the one creating the issues in the first place.
Read more