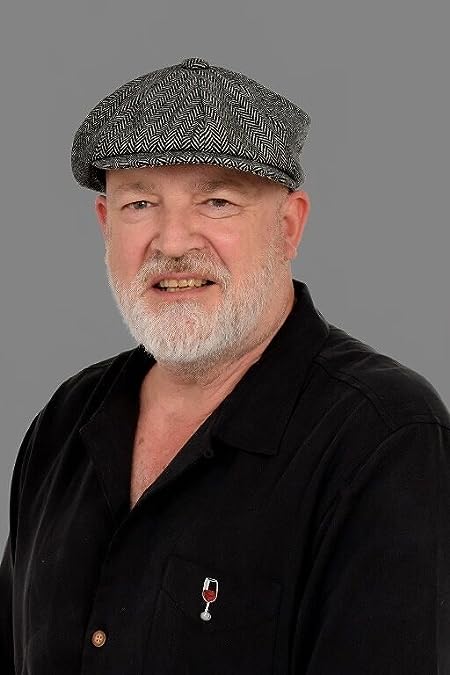 Ken Maw hails from Shrewsbury in the UK where in this small corner of the country, his name lives on – Maw and Co. was once the largest tile factory in the world located close to the famed Ironbridge and now preserved as a craft center and residential structure.

He was educated at Oundle boarding school in Northamptonshire where he enjoyed studying sciences, forbidden pub-crawling and trying not to destroy too much historic school property until leaving with A-Level Certificates.

He then joined Spillers Foods as a laboratory assistant in their Cambridge research centre whilst moon-lighting as a bartender in a fine old tavern and as coach for a University women’s rowing team. He then took on a new role in the company within their Contracts Dept in London and later moved to Cardiff starting a new career in Insurance Broking. Shortly thereafter, he was recruited by HSBC for a position in Dubai.

Ken jumped at the chance to explore the world further and pursue a career that eventually lead him to start up a new insurance brokerage venture and partner with the Government of Dubai. What started as a little idea 20 years ago, bloomed into a passion and Ken sold the business, took on an advisory role and started putting his KV66 stories on to the electronic page. His ties to Egypt stem from his extensive travels to the country with his beautiful wife who comes from a prominent Egyptian family.

Together they have 3 grown-up girls, a unique array of pets and spend their time between Dubai, the UK and Egypt. 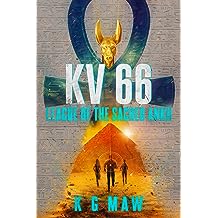 British adventurer George Drake and his partners, Sherifa and Zoe, prepare to take the priceless relics on a world tour. With the addition of Jesse Barber now seconded from the British Museum, the foursome paves a new path as the League of the Sacred Ankh.

But dark forces conspire against them… and when one of their own is kidnapped and goes missing, it’s a race across Egypt and against time to recover their friend before it’s too late...

World-shaking secrets are at risk of being revealed as the action in The League of the Sacred Ankh takes the team across Egypt, from their new home base at the Valley of the Kings to Cairo, the beautiful yet remote Siwa Oasis deep in the Western Desert, and the infamous WW2 battleground area of El-Alamein on the Northern Mediterranean coast, and beyond... 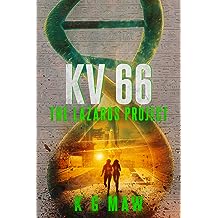 It’s Zoe Farouk’s last thought as she’s kidnapped and roughly secured in an underground laboratory by British military intelligence. Hidden away in the Porton Down defense facility, scientists search ruthlessly for the secrets hidden in her extraterrestrial blood.

Arriving at the scene, American Major Amber Jackson finds something in Zoe that unlocks her soul. Battling through every instinct to obey orders, she decides to help Zoe escape.

Meanwhile, George Drake is in a race against time to rescue his future fiancée, Sherifa, who has been abducted by El-Din’s henchmen. El-Din lures Drake and his companions back to Cairo, hoping for revenge and to finally gain the exotic riches he so desires.

Will the team be able to rescue Sherifa in time? And will Zoe pursue the “Lazarus Project,” reengineering her spacecraft to be launched toward Orion in hopes of finding her homeland of Pharaon? Or will she stay put with her dear friends of the League of the Sacred Ankh? Everything comes to a head in this climactic conclusion to the KV66 trilogy.
Read more 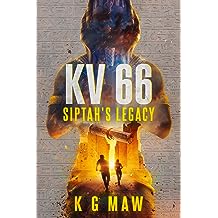 Unearthing the strange craft, he finds an alien woman in a life-support pod… a woman destined to rule.

It isn’t long before the pharaoh, Horemosis, is murdered under suspicious circumstances...

Now: In England, George Drake, a successful insurance broker, recovers an ancient papyrus with clues to the location of Horemosis’s long-forgotten tomb. In London Drake meets with the curator of the Egyptian wing of the British Museum who turns out to be a duplicitous smuggler. He isn’t the only one interested in finding what’s inside.

Drake’s life is soon at stake as he’s chased by ruthless killers looking to retrieve the document. Drake partners up with Sherifa, an expert in hieroglyphics, and together they flee to Egypt. Surveilled by Egyptian thugs, the duo explore Sharm El Sheikh, Luxor, and Kom Ombo, desperately trying to untangle the riddle to the tomb and its whereabouts before the British assassins catch up with them.

Will the duo crack Siptah’s code in time to find the tomb and preserve its contents?

Or will they be sealed inside along with its secrets?
Read more
Other Formats: Paperback