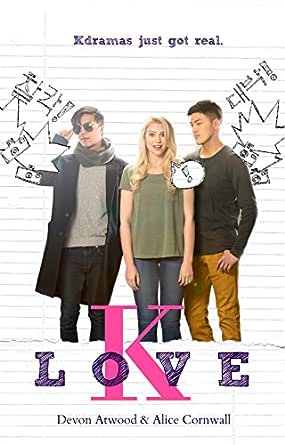 You've subscribed to Korean Drama Series! We will preorder your items within 24 hours of when they become available. When new books are released, we'll charge your default payment method for the lowest price available during the pre-order period.
Update your device or payment method, cancel individual pre-orders or your subscription at
Your Memberships & Subscriptions
There was an error. We were unable to process your subscription due to an error. Please refresh and try again. 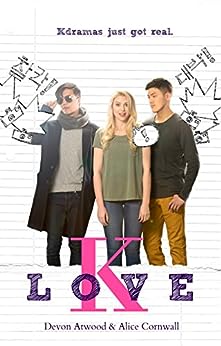 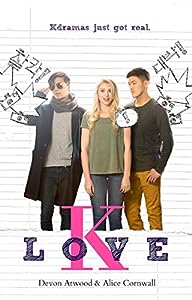 M. Miller
5.0 out of 5 stars If you love Kdramas, you will love this
Reviewed in the United States on May 21, 2019
Verified Purchase
Yes, there was very little reality to this story, it dealt with whopping coincidences and over-the-top characters. But that was the fun and the beauty of it all. It takes all the "heart flutter", emotion, drama, and intrigue of kdramas, and puts it into a book that is just incredibly, insanely fun. And clean. May I reiterate- it's CLEAN. Now, the authors did an amazing job of slowly plunging you into the style of you're not a kdrama fan, but I think that most of the un-initiated might not appreciate it as much. But I loved this story. Loved, loved, loved, loved. Did I mention it was fun?

And no, I wasn't given any copies of this book to review, I bought it because of the title and the synopsis. It's awesome. Try it. You'll love it. I wished the ending could have been more fleshed out, but it didn't leave you feeling short-changed either. And her calling Juhn Soo "Oppa". Bwahahahaha!!

Tonja Drecker
VINE VOICE
4.0 out of 5 stars All the sweetness to be expected from Korean drama
Reviewed in the United States on June 7, 2017
Verified Purchase
This one sounded so fun that I decided to pick it up the moment I saw it. Needless to say, I devoured in in one sitting.

Chase, a college student, has returned from an exchange program in Italy and has enrolled at in classes at a California college. . .or rather her mother has enrolled her now that her mother works in one of the offices there. Her other has also decided to set Chase up on a blind date without her daughters permission--one with a Korean student, since her mother is an over-the-top Korean romance fan. Chase soon finds herself actually interested in the guy, but before the romance can really get started, troubles arise. By mistake, Chase downloads a secret file which leads to company espionage. . .the same company her maybe boyfriend's best friend is heir to. Now, she's in the cross hairs of a dangerous company battle and worse, caught between to guys' hearts.

This book is written with the same quirky scheme as can be found in any modern day Korean drama, but with an American girl twist. Both guys are hot and rich. One is cute and open to her, the other closed and hard. It's the perfect cliche love triangle. The pacing holds nicely the whole way through, never dwelling too long on Chase's thoughts and emotions but simply letting the adventure unfold. And it is adventurous.

Chase is caught in a corporation battle where every means is allowed. Despite her innocence, she is in life threatening danger. The story holds enough twists and turns to keep the tension high, and the real 'evil' force in the dark until the last page.

Although I really enjoyed this read, I was a bit disappointed by the chemistry between Chase and her final hero. The disinterest lasted a little too long and didn't build with the gentle slope which it could have. The end of the book wraps everything up nicely, but felt rushed. The problems were solved too easily and Chase's final decision of her new life just snapped into place, and left some relationships unresolved.

Still, reading this was like enjoying a small piece of candy. It's sweet, short and holds all the flavor which makes Korean Dramas so fun.

A. Smith
5.0 out of 5 stars Everything you want from a kdrama
Reviewed in the United States on May 15, 2017
Verified Purchase
First, I want to say that it's about time we get some full length kdrama books around here. There are far too few of them in existence. This book makes up for the lack of reading matetial devoted to bringing kdramas to print. The story had great pace with a fascinating plot. Gives you the thrills, romance, and humor of a kdrama. It left some questions on how exactly things turned out with his parents, but overall had a satisfactory ending without needing to know the details. Now I hope to see a sequel that brings love to our favorite heartbroken kpop star.
Read more
2 people found this helpful
Helpful
Report abuse

Jennifer Tirrell
5.0 out of 5 stars Fun and Exciting Read
Reviewed in the United States on November 9, 2018
Verified Purchase
I was hoping for a fun and exciting kdrama-like read, and this novel did not disappoint! I loved the characters and the suspense. The plot was well done and the writing kept me reading until the end! Highly recommended for lovers of kdramas and kpop!
Read more
Helpful
Report abuse

kheera
5.0 out of 5 stars Cute cute
Reviewed in the United States on September 14, 2020
Verified Purchase
Easy cute read! I enjoyed it. I love kdrama shows but I’m tired of watching tv. So this was perfect.!!!
Read more
Helpful
Report abuse

Sam Henley
5.0 out of 5 stars K-Love
Reviewed in the United States on November 23, 2017
Verified Purchase
This was such a good story. I loved everything about it!! For a while I was very stressed about how things would turn out, but everything went okay!
Read more
Helpful
Report abuse