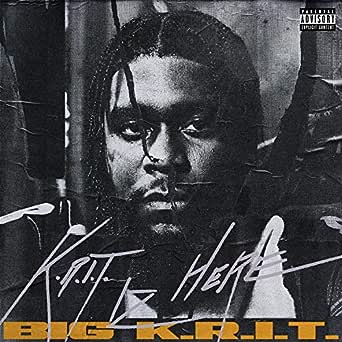 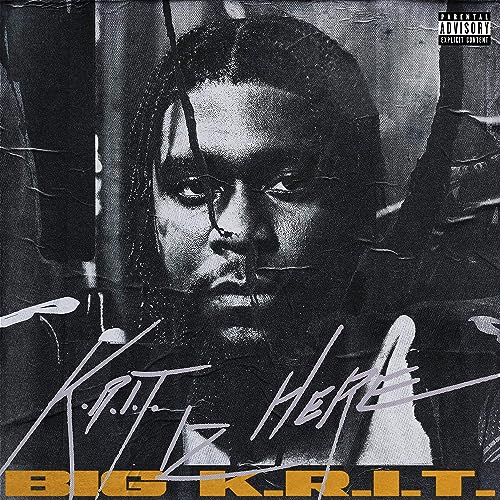 4.8 out of 5 stars
4.8 out of 5
148 customer ratings
How does Amazon calculate star ratings?
Amazon calculates a product’s star ratings based on a machine learned model instead of a raw data average. The model takes into account factors including the age of a rating, whether the ratings are from verified purchasers, and factors that establish reviewer trustworthiness.

Joseph. A
4.0 out of 5 stars Big KRIT continues to reach new heights - great listen.
Reviewed in the United States on July 16, 2019
Verified Purchase
Coming off the back of 2017's '4eva is a Mighty Long Time', Big Krit had a huge effort before him to surpass the stellar double album while catering to the expectations of his listeners. With 'KRIT Iz Here', KRIT has chosen to push himself very far out of his comfort zone; so much so he relinquished production to a variety of artists - especially Rico Love, who is executive producer with Krit's manager Dutch.

'KRIT Iz Here' starts and ends with 2 tracks that epitomizes Krit's state of mind - KRIT HERE & M.I.S.S.I.S.S.I.P.P.I. The lush production and subject matter show KRIT at his best. More of the familiar Krit shows up on tracks like Make It Easy, Everytime & Blue Flame Ballet - BFB being the only track produced by Big KRIT and Rolynné Anderson.

While Krit is on lyrical form on I Been Waitin, I Made and Believe, the trap-ish production comes off as conformity with the current wave of rap - which is unlike Krit from his previous albums. The songs Family Matters, Outer Space and High Beams find Krit playing with his cadence and rapping over more experimental production - especially on High Beams where he croons and sings all through.

Nonetheless, it is outside his comfort zone that KRIT surprises, and shows that he is able to adapt and transform his craft into more. While not as glorious as his double album, 'KRIT Iz Here' reflects an artist not afraid to try new things, explore new ground and still remain grounded in relevant subject matter, great rapping and entertaining Hip Hop.

Detoryean Walton
5.0 out of 5 stars K.R.I.T. NEVER DISAPPOINTS. PERIOD.
Reviewed in the United States on July 16, 2019
Verified Purchase
On 1st listen, Make it Easy and Believe caught my ear. Continued to listen and I hear the growth in his voice and his delivery. Been rocking with K.R.I.T. since 2010 and he has yet to disappoint me. Albums get better and better.
Read more
6 people found this helpful
Helpful
Comment Report abuse

Jake
2.0 out of 5 stars Just bad.
Reviewed in the United States on September 28, 2019
Verified Purchase
As much as I love K.R.I.T. this album was awful. No replay value. After his last had so much replay value and was one of my top 5 this came out. There was nothing good about it. He changed the whole style of everything he's previously done, and it didn't work. I wanted to like this and was excited for it. Even pre-ordered the day that dropped. There is just nothing good about this.
Read more
2 people found this helpful
Helpful
Comment Report abuse

c-dogg
4.0 out of 5 stars UNDERRATED
Reviewed in the United States on August 15, 2019
Verified Purchase
Was waiting on K.R.I.T.S new album. I received it about a week after it debuted. QUALITY MUSIC RITE HERE!
Read more
3 people found this helpful
Helpful
Comment Report abuse

Anthony
4.0 out of 5 stars Another good album from Krit.
Reviewed in the United States on August 28, 2019
Verified Purchase
Even though this album would rank lower than some of his previous projects. The was production is very diverse and Krit rapping is still very sharp. Favorite tracks Make It Easy, Believe, and Prove It.
Read more
One person found this helpful
Helpful
Comment Report abuse

Michael Ledezma
3.0 out of 5 stars Not the usual K.R.I.T.
Reviewed in the United States on July 14, 2019
Verified Purchase
Wasn't too impressed with this album.
Read more
3 people found this helpful
Helpful
Comment Report abuse

nicholas k
4.0 out of 5 stars Originality and great beats with good flows. You did it again Bro!
Reviewed in the United States on July 12, 2019
Verified Purchase
This album is what I call a hit a classic one I can listen to well into 20 years. Good beats, songs that have meaning and flow the way rap is supposed to be, also I noticed a real band in some songs nicely done KRIT. Glad to see you bring up another notch.
Read more
2 people found this helpful
Helpful
Comment Report abuse
See all reviews from the United States