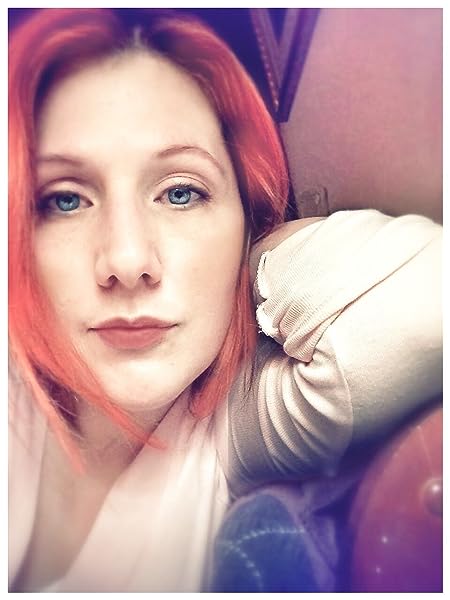 Born in Saratoga Springs, New York, K.Williams embarked on a now twenty-plus-year career in writing. After a childhood of voracious reading and hours of film watching, it was a natural progression to study and produce art.

K attended Morrisville State College, majoring in the Biological Sciences, and then continued with English and Historical studies at the University at Albany, home of the New York State Writer's Institute, where she gained a Bachelor's Degree. While attending UA, K interned with the 13th Moon Feminist Literary Magazine, bridging her interests in social movements and art. Topics of K's writing include domestic violence, sexual assault, diversity, and the traumas of war.

Published novels by K include the Civil War drama Blue Honor, the World War II spy thriller OP-DEC:Operation Deceit, and the controversial Paranormal, Dark Fantasy series The Trailokya Trilogy, which received Honorable Mention in the 2015 Hollywood Book Festival. In addition to writing novels, K enjoy's the art of screenwriting and has worked on the screen spec 8 Days in Ireland, and the adaptations of her current novels. K has completed a Master of Arts in Liberal Studies program for Film Studies and Screenwriting at Empire State College (SUNY), and is the 2013-2014 recipient of the Foner Fellowship in Arts and Social Justice.

K continues to write and edit on The Blue Honor Blog weekly. Whether it's cooking, learning a foreign language, history or dogs, you'll find something to enjoy and keep coming back for. Always a promoter of other artists, K uses Guest Blog Wednesdays to showcase artists from around the web and bring you interesting readings to expand your horizons. A sequel to her second novel, OP-DEC, is in the final stages, while the screen adaptation of the original no el is being considered for production by film companies.

A devoted dog mom to Séamus Fionnagáin Murchadh, K is also a visual artist, producing the ZoDuck Cartoon, painting and sketching-digitally or traditionally, as well as an accomplished Photographer. She is the producer of the sketch comedy, literary society Shagbottom Theater. 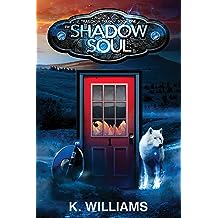 The Trailokya Trilogy, Book One: The Shadow Soul Jun 1, 2016
by K. Williams
( 9 )
$0.99
2015 Hollywood Book Festival Honorable Mention in Science Fiction, The Shadow Soul is the first part of The Trailokya Trilogy, a Fantasy series that follows the rise and fall of fabled races and souls at the junction of three worlds: Zion, Earth and Jahannam. K. Williams weaves a tale that will leave you questioning long held convictions about the human legends of Heaven and Hell. Are you ready to enter the gates of Zion and learn the truth?

Captain Maiel is a duta warrior of Zion, a race of giant, winged guardians and chroniclers of the lesser souls. Maiel’s assurances are shaken when she nearly loses a young human girl to the dark forces of Jahannam, the prison realm where the lowest beings reside. To avoid answering to the leaders of her world, Maiel seeks refuge on Earth, but she is pursued by a baron of Jahannam intent on destroying her. Can she be saved before time runs out? Or will she be sacrificed to secure the borders of Zion and to hide the lie her journey uncovers?

With each step further into darkness, long held secrets are revealed and shadows rise from the past to challenge absolutes.
Read more
Other Formats: Paperback 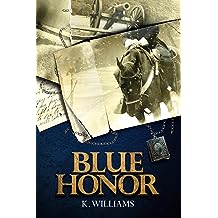 Blue Honor Jun 1, 2016
by K. Williams
( 14 )
$2.99
Blue Honor tracks four tightly twining families during the American Civil War. Each member is asked to sacrifice more than their share to see friends and loved ones through the terrible times. The only certainty they have is that nothing will be the same.

Emily Conrad is the bookish daughter of a wealthy dairy family from Vermont. Her indulgent father has educated her and bred ideas that aren’t acceptable to her more urbane mother, who thinks Emily needs to settle down with her longtime friend and town philanderer Evan Howell. The outbreak of war frees Emily from these expectations for a time, but a stranger soon arrives after the guns begin to blaze, threatening her plans more than societal conventions ever could.

Devoted to the young woman who healed her wounds, Henrietta has become part of the Conrad family, hoping that she may one day see her husband and son again. As a runaway slave, she’s been lucky enough to find this slice of peace in Vermont, but the return of Evan Howell and the man he brings with him portends great change that might see her locked back in irons, if not executed for what she’s done.

Evan isn’t as bad as his reputation has made him out to be. He knows his chum Emily will make the best doctor Vermont has ever seen, and he knows he’s not the man to marry her. With a little manipulation, he convinces his commanding officer, Lieutenant Joseph Maynard, to take leave with him and see the beauty of the north. He just doesn’t let on it’s not hillsides and streams he’s setting the man up for.

Joseph has both power and privilege as the son of a Baltimore lawyer, but neither can guarantee him the things he wants in life. His commission in the army is likely to lead to death, a sacrifice he was willing to make to end slavery in the States—that was until he saw Emily Conrad. Torn between duty and desire, Joseph struggles to stay standing for that which he once held strong convictions. War weary, they all march on to duty…
Read more
Other Formats: Paperback 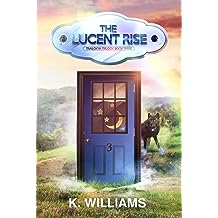 The Lucent Rise: The Trailokya Trilogy, Book Three Aug 3, 2021
by K. Williams
$3.99
The final installment of the Trailokya Trilogy, book three brings in the greater span of Samsara, as Maiel journeys toward destiny. The princes want nothing more than to return to Zion, and they think they've figured out a means in the beloved Captain. Part of the bounty they seek is Gediel. Will the heroes of Zion find a Lucent Rise or join the forces threatening their home world?
Read more
Other Formats: Paperback 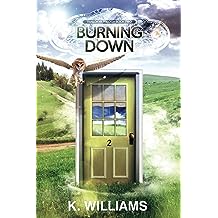 Burning Down: Trailokya Trilogy, Book Two (The Trailokya Trilogy 2) Aug 12, 2018
by K. Williams
( 2 )
$1.99
In this exciting sequel to The Shadow Soul, Burning Down returns readers to the world of Trailokya to find Captain Maiel on the cusp of an incarnation. Concern over her husband deepens as secrets unravel and the truth threatens her very existence.

Maiel tries to find solace in returning to family life and friends. Yet, her duties as Captain of a Moon Order squad are still on hold as she helps Dominic rise. So, too, it seems, everyone is on that same mission. Yet, in the wings, shadows lurk and keep watch, calculating their time to strike. Her memory a muddle, she relies on the testimony of elders for assurance that things are going to turn out all right.

On Earth, cloaked in the skin of a human named Holly, Maiel tries to remember her duty and protect her family, but the darkness is closing in. Friends are not who they appear. Loved ones are taken by vice and indifference. Is there anyone left to trust? The only certainty is that someone is going to burn down.
Read more
Other Formats: Paperback 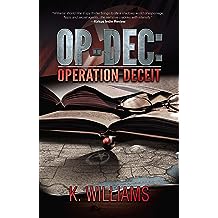 It’s 1933 and the height of Boston’s social season. Claire Healey overhears a terrible argument between her industrial-tycoon father and her socialite mother. Claire’s father sends her mother away, declaring she is hysterical with fatigue. Displaced by this disastrous outcome, Claire is brought to New York by her spirited aunt, to be raised beyond the reach of the damaging turn of events.

Nine years later, Claire returns to her childhood home to face her past once more. The world has long since exploded in war. A mysterious stranger named Carsten Reiniger has infiltrated the scene, placing his commanding presence among the old familiar faces of Boston’s elite. Intrigued by the newcomer, Claire struggles to piece together his identity and finds a dangerous connection to her troubling past.

When Claire’s prying comes to light, she and her aunt are whisked away in the middle of the night to ensure their silence. Can Carsten Reiniger be trusted or is he implacably loyal to duty alone?
Read more
Other Formats: Paperback