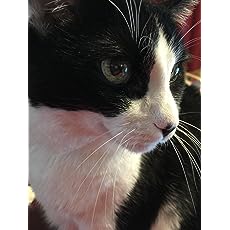 K.A. Thompson is a long time freelance writer and the former editor of "Martial Artists Wired." Now in Northern California, she has lived all over the U.S. courtesy of Uncle Sam and the USAF, as well as a few years in Germany as a child. Writing since her teen years, she is the author of several novels, as well as being the human "help" for feline author Max Thompson, author of the popular "Psychokitty Speaks Out" books.

She also has absolutely no shame, and has been known to wander around San Francisco in neon pink spandex, and will dye her hair just about any color in order to raise money for her favorite charitable organizations. Seriously...look for hot pink hair early September 2012, and blue or orange hair in March 2013. Her personal blog can be found at http://kathompson.blogspot.com, where you can point and laugh, or just follow along for the kicks.
Read more 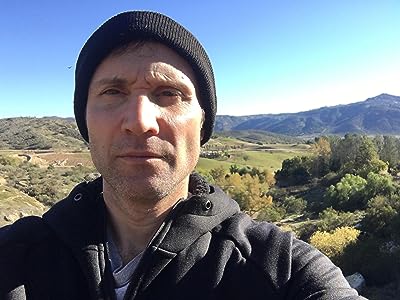 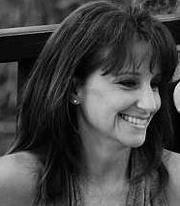 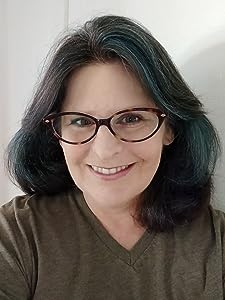 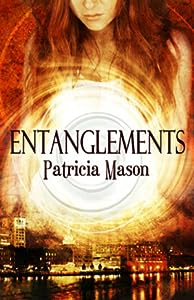 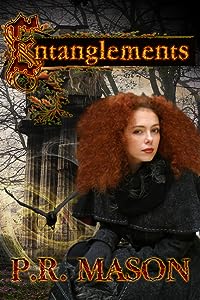 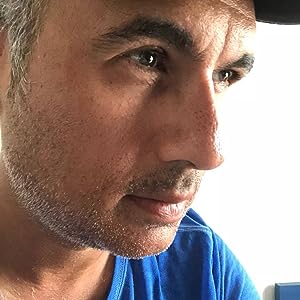 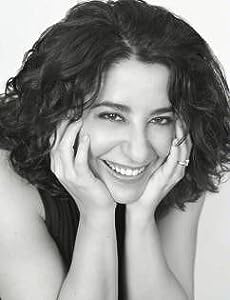 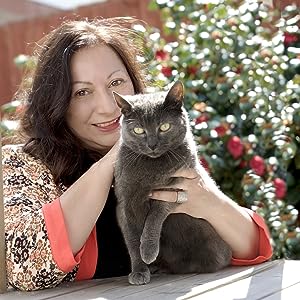 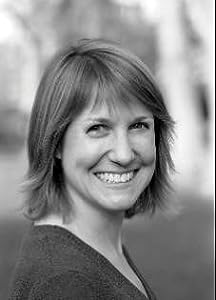 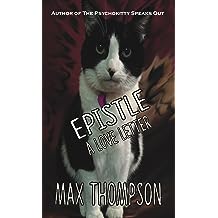 "Epistle" is the answer to the question of what I would say to my kitten self if I had the chance...and a bunch of things I want to say to people, too. Stuff people ask me about. Stuff that needs to get out of my head. And stuff that lets you it's not just me that I love, you know. YOU KNOW, right?
Read more
Other Formats: Paperback 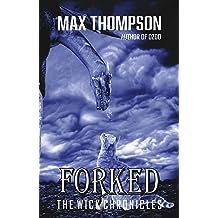 On his second practice run, a stray thought of wanting to see life 1000 years in the future lands him, along with Oz, the Emperor, Aisha, and Wick in 3416. San Francisco is in ruins. The Embarcadero is gone, the Bay Bridge is a broken skeleton, and the city has been overtaken by a dark wizard named Tobias. The only one who can destroy his power and his hold over the elfin citizens of Saint Francis is a clumsy, sword-wielding fifteen-year-old boy, the wizard Hagar and his fading magic, and the Trident—warriors of time long past who will stand beside the Lord of Prophecy.

Hagar knows their names and declares them as the Trident, prompting Will to agree to indulge Oz and Drew’s curiosity and stay long enough to understand the truth of how Hagar knows who they are. He could not foresee the horse-sized cat named Fluffy, the infant dragon named Jeff, or the truth about Tobias.

As he puts the pieces of the puzzle together, Will realizes the fight isn’t just to free the elves; it’s a battle Oz needs to see to the bitter end, and he’ll risk them all to get her there. 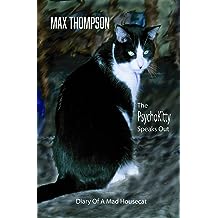 "The PsychoKitty Speaks Out" is the diary of Max, a put-upon and under-appreciated domestic feline with both a disdain and a fondness for Sticky Little People, an addiction to Kitty Crack, and an appetite for Stinky Goodness. He began his popular blog "The Psychokitty Speaks Out" in October of 2003, and this is an expansion of that journal; all those dates when he didn't blog--they're here, in all his snarky glory.
Read more
Other Formats: Paperback 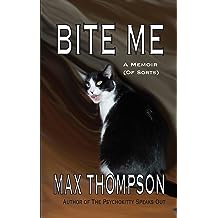 Bite Me: A Memoir (Of Sorts) Nov 24, 2013
by Max Thompson
( 191 )
$4.99
He’s a pioneer of cat blogging and channels his inner Ann Landers every week in his advice column for mousebreath! magazine, and is the author of three popular books; this is the book his fans and minions have been waiting for: the memoirs of Max Thompson. Bite Me is a book that will have you laughing out loud, will have you crying until your nose runs, and will have you wondering out loud, “Am I really reading the autobiography of a cat?”

This is the book Max’s readers have been asking for–from the moment the Younger Human brought him home, through the tortures of the M-Word, living with a dog, and then with Basement Kitty Buddah–this is Max Thompson’s memoirs, in his own words. 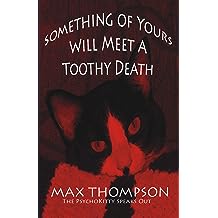 The Psychokitty Speaks Out: Something of Yours Will Meet a Toothy Death Mar 29, 2009
by Max Thompson
( 57 )
$2.99
Look. I'm funny. You like me. And if you buy my book, I earn cash towards fresh cat nip and crunchy treats. It's as simple as that... But if you need more: This is the diary of Max Thompson, blogger extraordinaire. Thousands of people (maybe hundreds) flock to his blog every day to be amused an enlightened by his feline wisdom. Plus, it's the follow up to "The Psychokitty Speaks Out: Diary of a Mad Housecat" so you know it's good. Some people even though it was FUNNIER. But you don't have to read that one first. Oh, and I have a potty mouth. So you're warned.
Read more
Other Formats: Paperback 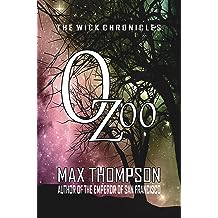 Ozoo (The Wick Chronicles Book 2) Nov 24, 2016
by Max Thompson
( 7 )
$4.99
Midlam is at war.
The lives of the royal heirs are on the line.
The First Minister of Florida wants Kansas, and wants Prince Andrew dead.
The Queen of Pacifica’s deepest secret is revealed.
Oz is abducted, and Drew will stop at nothing to find her.

Fearing for the lives of the royal heirs, the Emperor takes them into hiding. He wants to protect them, but also wants to prepare them for battle. He trains them into finely honed athletes, not realizing that the time when they’ll need to test their strength is closing in on them.

When Oz goes missing, Drew, Zed, and the Emperor set out to walk across Colorado and Kansas during winter and war, a journey that will propel the Emperor to become William Blackshear, and will bring him closer to the man who, if they get to Oz in time, will become the other half of Ozoo. 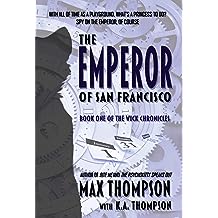 On a plaza at the edge of downtown San Francisco, Finn--arriving with a broken down, burned out egg-shaped ship--steps out of a time portal and is found by teen royals Oz and Drew. With no memory of who or from which When he is, Finn becomes a puzzle that time-traveler Oz wants to solve, with the help of Drew, a cat named Wick, and the extremely touch-phobic Emperor.

As they come closer to the answers Finn needs, Oz realizes that the question isn't who Finn might be and When he's from, but about who the Emperor is. He saved her father's life when he was a little boy, but while her father aged the Emperor did not, and no one knows where he came from or why he refuses to be touched.

Oz has described him as an icon of the city and protector of all, but now she wonders: where did he come from, and who is the Emperor, really? She has the ability to move through time, and she's willing to go back and find out.
Read more
Other Formats: Hardcover , Paperback 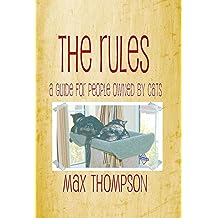 The Rules: A Guide For People Owned By Cats Mar 30, 2009
by Max Thompson
( 226 )
$0.99
People, you need help. Truly you do. You bring home these cute little balls of fur and squeal at its cuteness, declare your life complete because of it,and then get upset when your New Meaning of Life that you treasure poops in the bathtub or hocks a hairball into your shoe. You need to know the rules. You meed to know the truth. Max Thompson, known far and wide as "The Psychokitty" is an expert on all things kitty and has finally decided to share the wisdom of his years of dealing with People, and his in-depth discussions with kitties online. This is his gift to you, the People who are willingly owned by cats. Because that's how generous he is. Complete with paw-drawn illustrations!
Read more
Other Formats: Paperback 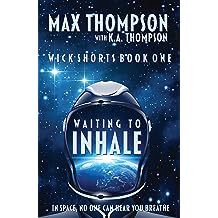 Waiting To Inhale (Wick Shorts Book 1) Apr 28, 2020
by Max Thompson , K.A. Thompson
( 3 )
$4.99
These tasty snack bites of Wick’s world begin with a quiet telling of Hyrum’s typical day, Rhys’s discovery of a gift that arrives wrapped in time, building to Drew’s pulse-pounding, hold-your-breath inaugural visit to Elysium. The world is no longer bound to the history of the Emperor’s When, and he’s tempted—very tempted—to stick his ﬁnger into time’s pot…and stir.
Read more
Other Formats: Paperback 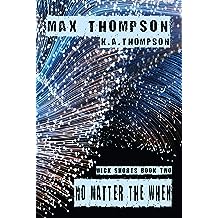 No Matter The When (Wick Shorts Book 2) Aug 12, 2020
by Max Thompson , K.A. Thompson
( 5 )
$4.99
No longer concerned with maintaining the purity of the timeline, Wick and the Emperor have choices to make. Who can be saved—and should they be saved? Wick Shorts Two begins with Red Munson’s wish to expose the truths of his church, take Hyrum back to Florida where he promises to remain if Valerie allows Will to save her life, follows Wick as he searches for a way to save himself, and the Blackshear family faces the scope of their lives, the pain of their history, and the hope of a future undefined.

And if the timeline doesn't split, they might even save the Queen.
Read more
Other Formats: Paperback 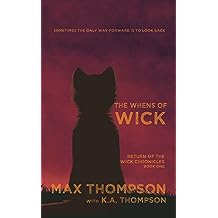 The Whens Of Wick (Return of The Wick Chronicles Book 1) May 6, 2018
by Max Thompson , K.A. Thompson
( 5 )
$2.99
Wick knows he’s old. It’s his memory that upsets him. Hovering somewhere around 120 years old, he can’t remember large chunks of his life: he’d already forgotten life before living with Jax and only remembered when the transponder planted in his brain was activated. But now, with Will happily married and expecting his first child with Aisha, Wick realizes he needs to know where he came from and how he began.

In the Return to the Wick Chronicles, Wick remembers an important detail: a boy named Tad who had, in another lifetime, fed and cared for Wick when he was struggling to survive on his own. With few details to go on—a U.S. President hung in effigy and men lighting suckers on fire—Will thinks he knows the first When to visit and takes Wick on a journey to find Tad, find himself, and learn how he came to be. 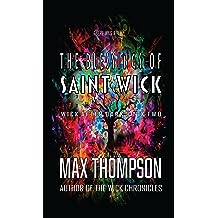 Now that Will is happily navigating married life and enjoying being a step-parent, Wick decides it’s time for there to be a Little Emperor. He has two goals: make Will realize that procreating is something he wants, and then make sure he knows he’s ready for it. He tests Will’s patience through several visits to his birth When, over the holidays, and at Oz and Drew’s wedding—there was a ﬂy, after all. Just as he’s certain Will is as ready as he is, a sect of The Cult of the Emperor reaches across the centuries to beat him to the punch, throwing in his way a strawberry blonde roadblock that could change everything.

While he works at convincing Will of what he surely wants, Wick accompanies him on several trips through time. They take Jay to visit George, the arbiter of Will’s worst childhood nightmares and bring Oz and Drew and Zed along to explore a slice of 2616. They celebrate Aubrey’s 50th birthday in Will’s birth When. And just as Wick thinks he’s about to win, Will is dragged into court for a case he can’t win—not without the unlikeliest of help given to him two hundred years in the future.
Read more
Other Formats: Hardcover , Paperback