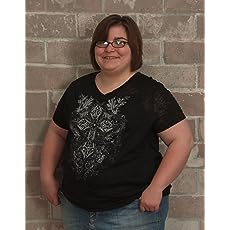 K.M. Jenkins is a published speculative fiction author who writes epic battles, forbidden romance, and tales of fantasy and adventure. She released her first short story, "​A Father's Protection" in 2018, and plans to publish several more short stories before the year is out. When she is not writing, you will find her running her business as a cover artist at ​KJ Magical Designs, LLC and chasing her twin boys around the house. Between the three she has epic battles throughout the day and nothing ever gets boring.
Read more 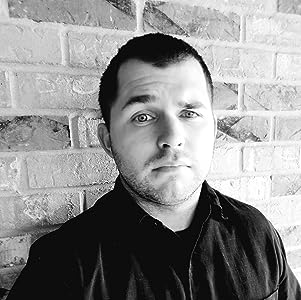 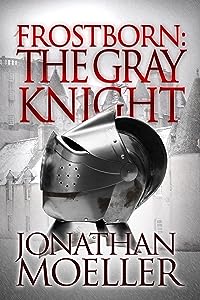 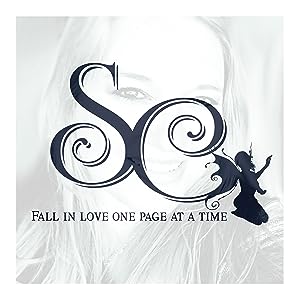 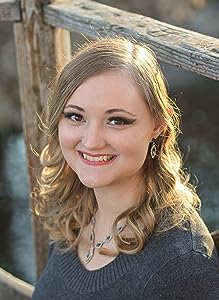 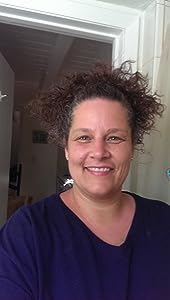 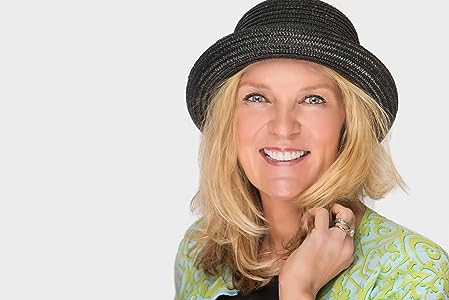 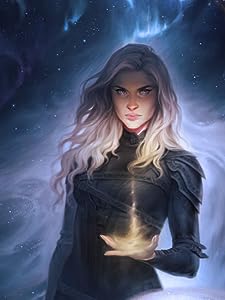 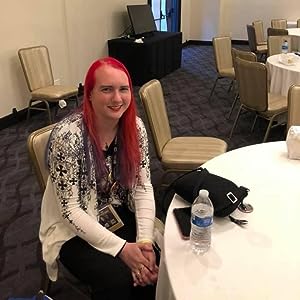 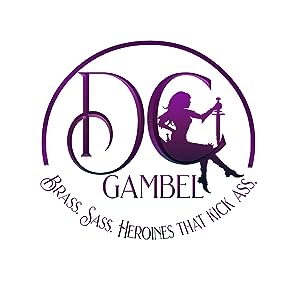 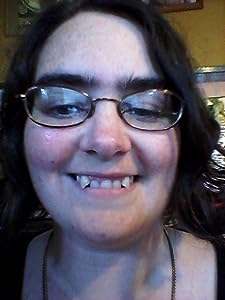 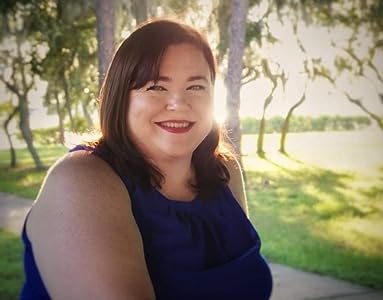 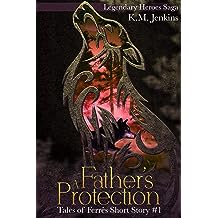 The land beyond The Forest of Ferrês belongs to the kyres mortal enemies the twin-tailed foxes. Standing on the borders DarkDeath will have to plunge into the unknown to save his adventurous pup.

Will he be able to find Digger and make it out alive? The battle to protect his own will test his strength when DarkDeath faces off against an old rival. How far can he be pushed to protect one he loves dearly? 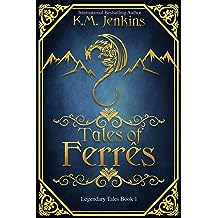 Tales of Ferrês (Legendary Tales Book 1) May 26, 2020
by K.M. Jenkins , Allison Reker
( 8 )
$2.99
Since the beginning of time, one kingdom in the world of Tarzinëa has remained a mystery. Very few have entered its depths and survived. Walk alongside our heroes and watch their tales unfold as they enter the Forest of Ferrês. Discover everything from wolves so large they look like full grown ponies, to devil creatures that lurk in the night. Expect the unexpected as you venture into the magical land of Ferrês where not everything is as it seems.
Read more 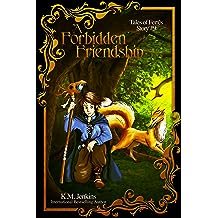 A Forbidden Friendship (Tales of Ferrês Book 9) Sep 28, 2019
by K.M. Jenkins , Allison Reker
( 10 )
$0.99
Prince Billy is on a quest. He must prove to his elders that he can make it out in the real world on his talents as a mage. After two years of adventures, he is finally on his way back to Elërya, the City of Mages. But when he wanders off the King’s Road, Billy finds himself in trouble. The Forest of Ferrês has swallowed him up while he slumbers in his camp. He wakes to find a small fox with two tails jumping at his feet, trying to warn him that a creature of horror is hunting him from the depths of the forest. Will he make it out alive? Or will his journey take an unexpected turn?
Read more 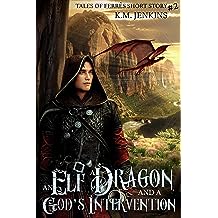 Blake and Meisha spent years hunting down jewels and treasures throughout the realms of Tarzinëa. Placing these treasures upon a mural that adorns Meisha's cave creating a masterpiece of magnificent art. Now on the verge of completing this quest they find themselves inside the Forest of Ferrês. What should seem like an easy task will end in disaster when a goddess intervenes with fate?

A choice made will change this dragon and her elven ryder's fate forever. How far can greed push you before you give up everything to save the one you love most? 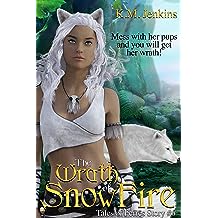 The Wrath of SnowFire (Tales of Ferrês Book 6) Sep 22, 2019
by K.M. Jenkins , Allison Reker
( 1 )
$0.99
After long months being on puppy duty, SnowFire finally gets a day of freedom. The day should have been relaxing, but it turned into a mother's worst nightmare. As an intruder enters their territory, SnowFire rushes to her pups to protect them. Word is delivered to her that one of her older pups is missing and all claws are out as she hunts the land to find her.

DarkDeath watches his mate go postal when the word gets delivered a twin-tailed fox entered their territory. With his second in command at his side, they search for the enemy, only to find they might be too late. As the wind mingles SnowFire's and the enemies scent together––magic takes shape leaving DarkDeath fearing for his mate's life.

Will SnowFire's rage push her past her breaking point, or will DarkDeath save her from herself? See what happens in the 6th installment within the Tales of Ferrês story series and find out why this alpha female shouldn't be messed with.
Read more 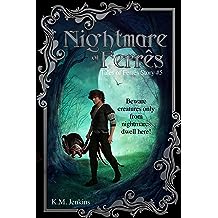 Nightmare of Ferrês (Tales of Ferrês Book 5) Sep 23, 2019
by K.M. Jenkins
( 4 )
$0.99
Aerigon has had a hard life. He never knew his parents and grew up on the generosity of others. As an orphan Aerigon has no true place to call home. When the Forest of Ferrês calls, he finds himself in a nightmare worse than the abyss. He will face evils and creatures man can only dream up in nightmares. Will there be a light at the end of the darkness or will he be lost to the shadows of Ferrês forever?

You have seen the light and a hint of darkness within the Forest of Ferrês. Now walk with Aerigon as he faces the horrors within. Journey to the dark side where kyres fear to tread. Read and find out if Aerigon can face the world's darkest demons. Will he make it out alive? You will only find out in the 5th installment within the Tales of Ferrês story series.
Read more 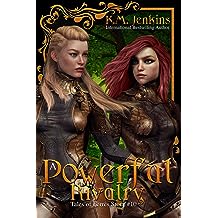 A Powerful Rivalry (Tales of Ferrês Book 10) Mar 14, 2020
by K.M. Jenkins , Allison Reker
( 4 )
$0.99
The goddess Nütari rules alone over all the beasts in the Forest of Ferrês. She hoards the forest’s glory, keeping it only for herself and those few she trusts. But a young goddess, Serena, wants the freedom to walk through the forest and open its beauty to everyone. She is determined to change the Council of Gods’ laws.
Will she create a creature powerful enough to take the land by storm? Find out how this powerful rivalry between two goddesses began in the final installment in the Tales of Ferrês series.
Read more 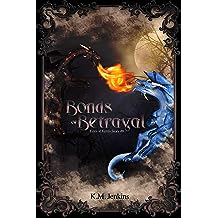 Bonds of Betrayal (Tales of Ferrês Book 8) Jul 8, 2019
by K.M. Jenkins , Allison D. Reid
( 14 )
$0.99
Since Queen Karigan’s death, the dragon ryders and their dragons have been labeled traitors. Bearing the burden of a crime they did not commit, Shogun and his dragon, Zeima, flee for their lives. They take refuge inside the Forest of Ferrês just as they are on the verge of collapsing from exhaustion. Once mighty hunters, they are now the prey.
Death takes on the face of a dark figure stalking them from the shadows. Will Shogun survive facing the greatest evil the world will ever know?
What is a ryder without a dragon—is he even a ryder anymore? Find out in this 8th installment of the Tales of Ferrês story series.
Read more 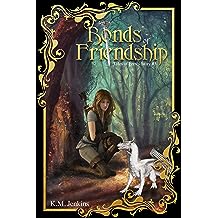 Bonds of Friendship (Tales of Ferrês Book 3) Nov 9, 2018
by K.M. Jenkins , Allison D. Reker
( 12 )
$0.99
If you looked a creature in the eye believed to be a mindless beast that kills without thought, what do you do when you realize the truth is but a lie? Walk alongside Karigan as the Forest of Ferrês beacons her to a destiny she never wanted or expected. She knows now that the world is wrong, and the only way to change it is with Silvashi at her side.

Journey to a time before an empire was born, when dragons were wild and were seen as monstrous killers. Witness the moment everything changed—when one girl created a bond of friendship that forever altered her world, bringing forth the dawning of a new era.
Read more 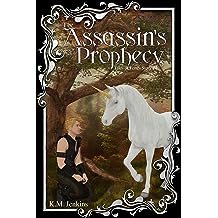 The Assassin's Prophecy (Tales of Ferrês Book 4) Mar 9, 2019
by K.M. Jenkins , Allison Reker
( 2 )
$0.99
Jeremy is a mercenary for the Assassin's Association. He has proven to himself and his superiors that he is worth keeping around. Now Jeremy faces the one mission that could break his career and ruin his father's name. Jeremy has to kill the elven king, but when emotions get involved everything backfires. A chance encounter with a mysterious elven maiden secures his escape from imprisonment and certain death.
With her help, he finds solace among the trees only to realize he has become trapped inside the Forest of Ferrês. Trading one evil for another, Jeremy will face truths about himself he never knew.
Can he deny the words of fate spoken from a Unicorn's mind? Join Jeremy in the fourth installment of the Tales of Ferrês to find out.
Read more 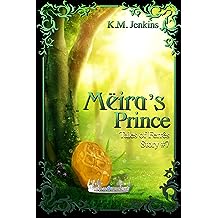 Mëira's Prince (Tales of Ferrês Book 7) Mar 24, 2019
by K.M. Jenkins , Allison D. Reid
( 12 )
$0.99
A gorgeous day lies before Ïstan. On a mission to practice with his bow away from prying eyes, he ventures out into the elven forest of Vladïmir. A single step unexpectedly changes his path, throwing him deep within the Forest of Ferrês. He is taken to an alluring fairy city, hoping his new fairy friends can get him home again. But when the Child Goddess, Salza, gets involved Ïstan finds himself standing on the edge of a new adventure—one that will begin as soon as he proves he is fit for the journey ahead.
Read more 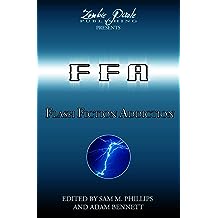 These are but a few of the thrilling tales inside. We've gathered authors from around the world into this compendium of fast fiction fixes. Each of these one hundred and one super short stories can be read in only a few minutes, just enough time as you wait for your high speed transport to arrive and whisk you away to your next adrenaline packed adventure.

This is FLASH FICTION ADDICTION, and there is no cure but to read more!
Read more
Other Formats: Paperback