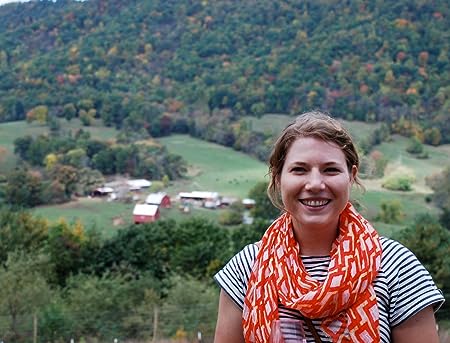 Kirsten Steuber is an author, illustrator, and lover of the silly and improbable. She was a staff writer for the college humor site, The Blacksheep Online, while attending the University of Virginia. There, she performed on the improvisational comedy team, a passion she continues to pursue to this day. The wild paths of the Blue Ridge mountains have inspired countless adventures in her own mind, one of which she is pleased to share in Adventures in Mangia: The Quest for the Elder Taco, her first novel. She currently lives in Philadelphia with her husband and two dogs, Merlin and Gwen. 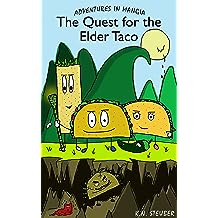 The Quest for the Elder Taco (Adventures in Mangia Book 1) Oct 13, 2017
by K.N. Steuber
( 3 )
$0.99
Nothing rots in Mangia, an everlasting island where every food, from tacos to meatloaves, lives with no fear of expiration or hungry mouths. But when Taco Steve notices the black decay devouring his Ranch Dressing ranch, it's up to him and his friends to save their homes and themselves from the unstoppable mold of Taco Stephanos, Lord of Rot.

Steve and his loyal jalapeno, Peno, must go on a quest to the Peaks of DeGallo, where legend tells of an ancient, marvelously fresh protector, The Elder Taco, who might be Mangia's only hope. Will they find the Elder Taco before it's too late, and Mangia and all its foodsfolk are rotted forever?

This fully illustrated novel is the first in a series, The Adventures in Mangia, which introduces readers to the epic battle of fresh versus foul that is baked into the fate of the entire island of Mangia. Ancient powers will collide as the Elder Foods aid their beloved citizens in a quest to defeat the foul Cuisines of Corruption, who won't stop until they've rotted everything and everyone in their path.