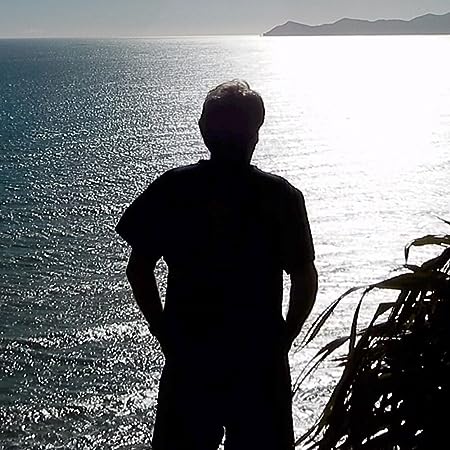 I’ve always been fascinated by the way a single new idea can alter the course of history, and how some ideas stick while others initially sink without trace, only to resurface perhaps hundreds of years later to change the world. The first Prince Wulfstan book, In Two Minds, explores this idea not just by introducing new ideas into a medieval society, but by showing just how difficult it would be to pull that off in practice.

Equally fascinating is the justice system. People expect it to be fair, which is why we allow it to resolve our disputes instead of simply taking revenge ourselves. But watch an individual case play out in court and it can seem more like a high stakes game between lawyers than the pursuit of absolute truth. And if you think it’s a game, do you still accept the result if you lose? Is that still justice? At what point will a perfectly normal, perfectly decent person snap, and what happens when they do? Is it possible to plunge into the darkness of revenge and remain the normal, decent, happy person you were before you started? That was the inspiration behind Sally Mellors, who’s going to give it an extremely good try in A Thoughtful Woman.

I love the moment when an idea jumps out at me. The trick then is to catch it, because I could be dreaming in bed, walking the hills, trying not to kill myself on the quad bike… anywhere in fact, except in front of the computer. Obviously. Slowly the whole thing coalesces and I begin to write it down, fleshing out the gaps, understanding why these people do what they do. I’m the first person in the world to “hear” their story, and I get to write it. That’s exciting! It’s what Terry Pratchett called “The Valley Filled With Clouds” technique and its huge fun.

A lot of research goes into making my fictional worlds as real as possible. It could be learning about the first mountain bikes, or exactly how medieval clothes were made and worn, or the limitations of police radios, or how to blow glass, draw wire, or a thousand other things. I learn new stuff every single day, and that’s fun too.

So if they’re that much fun to write, it seems only fair that the books should be enjoyable to read. Even in their darkest moments, I like my books to have an underlying vein of humour that will make you smile or laugh. There’s nothing wrong with dark, gritty tales, redolent with unrelenting misery. They’re just not what I want to write. I want you to finish my books and return to the world with a spring in your step.

I live on a small farm where I fit in my writing alongside fighting the blackberry, and trying to convince the quadbike that killing its rider isn’t a core part of its job description. 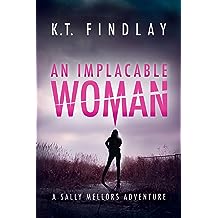 An Implacable Woman: A Sally Mellors Adventure (The Sally Mellors Adventures Book 2) May 14, 2020
by KT Findlay
( 1 )
$2.99
If a tooth costs a tooth and an eye costs an eyeWhen a man hits his wife, well it’s his turn to dieFurious that the courts and police can’t prevent John Kirby from killing his wife, Sally Mellors steps in to save her. Permanently… But Grace Kirby isn’t the only one who needs saving and Sally quickly discovers she’s taken on a much bigger job than she’d thought. With her unique ability to blend justice with fun, Sally sets joyfully about the business of removing the monsters from these women’s lives, but is she in danger of becoming a monster herself?As her friends in the police close in, Sally has some serious questions to answer.
Read more
Other Formats: Paperback 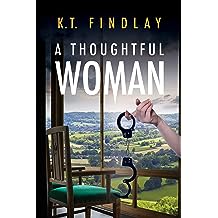 A Thoughtful Woman (The Sally Mellors Adventures Book 1) Nov 1, 2019
by K.T. Findlay
( 6 )
$2.99
They say revenge is a dish best served cold, but where's the fun in that?
Artist Sally Mellors has planned the perfect revenge, but with two secret agents on her tail, and her best friends running the police investigation, getting away with murder is going to be tricky...
Everybody loves Sally. She's a funny, generous, warm hearted friend, without a nasty bone in her body.
Isn't she?
Unknown to her friends, Sally's discovered another side to herself, cool headed and relentless, as she hunts down the three men who killed her husband. But Sally's not the only one with an interest in the trio. Unknown to her, two agents have arrived in town, urgently hunting a missing man and his diary, which could blow their organisation apart. Their best leads are the very men that Sally's hunting, and she's getting in the way...
The inspiration behind A Thoughtful Woman.
The justice system is an intriguing beast. We expect it to be fair, which is why we allow it to resolve our disputes instead of simply taking revenge ourselves, but watch an individual case play out in court and it can seem more like a high stakes game between lawyers than the pursuit of absolute truth. And if you think it's a game, do you still accept the result if you lose? Is that still justice? At what point will a perfectly normal, perfectly decent person snap, and what happens when they do? Is it possible to plunge into the darkness of revenge and remain the normal, decent happy person you were before you started? Sally Mellors is about to find out.
Read more
Other Formats: Paperback 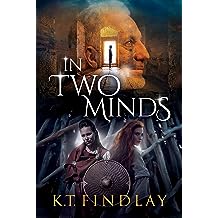 In Two Minds (Prince Wulfstan Book 1) Nov 1, 2019
by K.T. Findlay
( 14 )
$5.99
Hurled twelve hundred years into the past, into someone else’s body, things could hardly be worse. And then the body’s owner wanted it back.
Museum curator Thomas and ten year old Anglo Saxon Wulfstan have to cope with a fifty year age gap, a huge culture clash and never knowing from one moment to the next who’s going to be in control. They also face almost certain death in a year’s time because Wulfstan’s father King Offa of Mercia has challenged him to find a team of untrained women who can beat his champions in battle.
Out there somewhere are ten amazing women, women with vision, women with courage, women willing to take on the impossible and show the world just what they can do. But where are they, and can Thomas use his knowledge to find some kind of edge within the confines of eighth century Britain with all its colour, violence, ignorance, and a disturbingly cavalier attitude to hygiene?
Read more
Other Formats: Paperback