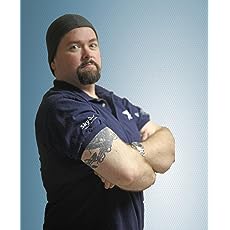 KB Maguire is a pen name of Kevin Barry Maguire, whose Aftermath of Disaster became an Amazon best-seller.

Fael is the first fantasy release for Kevin and introduces the humans of his world. There will be more stories in two separate series. A novel will follow the series.

Kevin's favorite authors are JRR Tolkien, Mercedes Lackey, and Jennifer Roberson. There are many more as Kevin has been reading fantasy for most of his 49 years. The three authors listed had the greatest influence on Kevin's writing, however.

You can learn more at https://kevinbarrymaguire.com
Read more 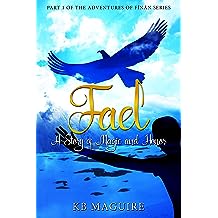 You could be the realm’s greatest thief or greatest spy. What would you choose?

Fínán is small for his age. He wants to be the greatest scout in the realm, his diminutive size will help him hide or escape the grasp of the enemy. Although a young teen, he is a master of knives and daggers. Swords are for big, slow people.

His father is a giant, slow man. One night while his parents were quarreling, voices raised to the moon, Fínán wished he could become something else, anything to scurry away and hide from the fighting. In a flash, his point of view changed, and he knew something was different.

Fínán knows this magical power will help him become the most illustrious scout the realm has ever known. His father has more nefarious ideas. The law said anyone displaying magic must go to the dreaded mage school, neither Fínán nor his mother wants to face that option.

He still wants to be a scout and with his new ability, he can become the best. His father wants Fínán to become a thief and bring coin to the family – or he’d be forced to tell the mages about his son.

Faced with a choice of mage school or obeying his father, he makes his decision. How will his father handle the news?

Fínán must confront his father, will his mother be enough to help him become the man he wants to be? Click the “Buy Now” button and find out today.

*Author's note:
I'm writing a fantasy novel set in this medieval world - Arthion - and this series introduces the humans in Arthion. This is the first of three stories in this series. The next series will introduce the elves and dwarves. Then I will release the novel, I'm still writing it.

These short stories fill the histories of some of the major characters in the novel.

The novel has been bouncing around in my head for years, it started when I began reading The Last Herald-Mage trilogy from Mercedes Lackey. You won’t see her influence in the story until the next series, however.

Jennifer Roberson and her Cheysuli also influenced the story. Of course, JRR Tolkien is a major influence. I’ve read The Hobbit and the Lord of the Rings books many times. I did make a change-up to the dwarves, however.