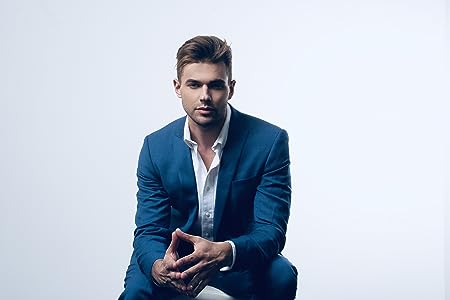 Kaden James is a #1 best selling author of several literary works including; "The Daily Playbook" "Coach Yourself" and "REFLEKT," all available on Amazon online. Kaden always had a zest for life. After having a difficult childhood he studied the most highly successful people he came across and applied their methods and helped others reach their dreams. Through his learning, he came to understand that real success is feeling good about who you are and what you do. Born in California, Kaden was moved to a small town in Idaho at the age of ten, he came from humble beginnings, was focused, and grounded at a young age. He made his way to Los Angeles after graduating early to pursue his dreams.

As the author says, "It's not about where you come from, what you have, or what you have done, life is about who you become."

When arriving in Los Angeles, Kaden became a rising star as a singer-songwriter. Frequently featured on MTV, he recorded music for MTV's 'The Real World' and writing and performing the theme song to both 'The A-List: New York and Dallas.' He enjoyed the music ride but was maturing in a new direction and had more he wanted to share.

Since fitness and living a clean, healthy lifestyle are some of his passions, in 2017, he began studying with “Robbins-Madanes Training," (the official Coach Training School of Anthony Robbins). He became certified as a life & wellness coach with Expert Rating. He began writing unique self-help motivational books and started his life coaching business. With the gained wisdom and the thirst to help others, his coaching business took off. He continues to be an Instagram Star and influencer as he shares his coaching tips for all, and advice through poetic thoughts and inspiring words to reflect on.

When the author is not writing or coaching clients, he enjoys spending time outdoors, hiking, working out, cooking, and reading. His favorite authors are Gary Zukav, Brené Brown and Marianne Williamson, to name a few. Kaden resides in Los Angeles, CA. Keep an eye on this author as his Star is still Rising and Shining Bright.

Visit his official website for new book releases, updates, and much more at https://www.kadenjames.com/ 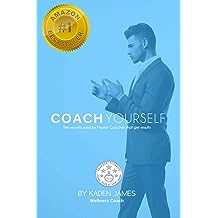 COACH YOURSELF: The secrets used by Master Coaches that get results Oct 4, 2020
by Kaden James
( 4 )
$4.99
These are some of the top methods used by the world's best life coaches. Kaden James implemented these techniques to overcome a traumatic childhood which included abuse, bullying, and homelessness. He learned to overcome fears, set and reach goals by taking massive action, and ultimately designed a life he loves all while helping countless others do the same.

To make coaching accessible to everyone Kaden created this simple and easy to follow workbook that will get you results. When Kaden was at his lowest he didn't have the money to afford a coach of his own so he would read books written by the greatest minds and inspiring people he could find. He studied them and learned their methods for setting and achieving goals, uncovering limiting beliefs, strengthening relationships, gaining confidence, generating wealth and abundance, and cultivating self-love. As he prospered he reinvested in his own education becoming a top Certified Life Coach with Expert Rating.

It doesn't matter if you are new to coaching or a seasoned life coach yourself, this book can help anyone willing and ready to do the work. It's time to get the life you really want.
Read more 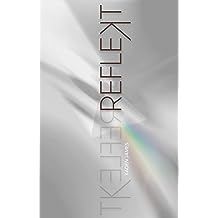 REFLEKT Apr 3, 2020
by Kaden James
( 9 )
$9.99
Reflekt is a collection of poems and inspired thoughts that encourage the reader to reflekt on.
Read more
Other Formats: Paperback 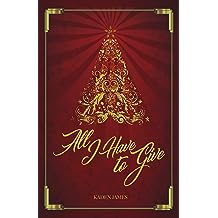 All I Have to Give Dec 22, 2017
by Kaden James
( 1 )
$4.99
Just as Lee is about to purchase holiday gifts for his family his hope is lost, bound to the wallet that is no longer in his possession. Devastated, he embarks on a quest to find his wallet with a friendly stranger in a bright red scarf and ultimately discovers the spirit of the season.

This story will not only warm your heart but is perfect for the whole family. There are messages of hope, generosity, and the true meaning of the season.