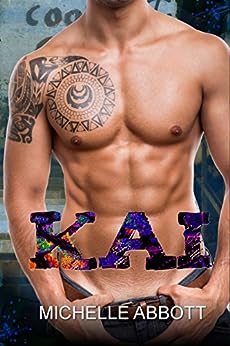 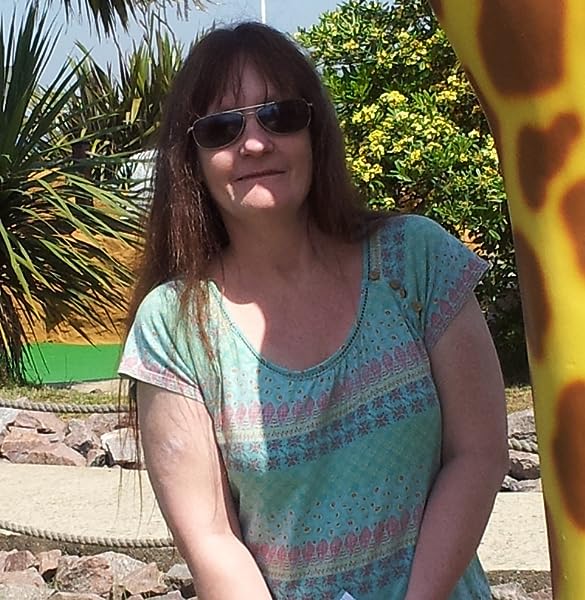 4.2 out of 5 stars
4.2 out of 5
24 global ratings
How are ratings calculated?
To calculate the overall star rating and percentage breakdown by star, we don’t use a simple average. Instead, our system considers things like how recent a review is and if the reviewer bought the item on Amazon. It also analyzes reviews to verify trustworthiness.

Vashti Quiroz-Vega
5.0 out of 5 stars Enjoyable New Adult Romance
Reviewed in the United States on January 27, 2018
Verified Purchase
Kai is a young man who grew up in a very poor household with a single mom. After an encounter with a rich drug dealer, he decides to get into that life, in order to make a lot of money and give his mom the life he feels she deserves. He becomes a rich drug dealer just like he intended. Then one day he runs into an amazing young woman named Lily who turns his life upside down (in a good way). At first, Lily doesn't trust him, but eventually he wins her trust and they fall in love. Of course, Kai does not tell her that he's a drug dealer, because he's afraid she would stop loving him. Their romance grows, but soon he is forced to come clean. And right when he decides to turn his life around, give up the drug business and become a man worthy of Lily, something happens that threatens to keep them apart forever. I won't go on, because as it is, I might have said too much already. I enjoyed this book. It was a fun, quick and easy read. The story flows well and it's engaging and well-written. I loved the characters. They seemed so genuine and I felt like I knew them. I recommend this book to anyone who enjoys romance.
Read more
One person found this helpful
Helpful
Report abuse

Gillian Felix
5.0 out of 5 stars A beautiful story about love and friendship
Reviewed in the United States on September 22, 2017
Verified Purchase
I read this book in two days. It was a very enjoyable read. The characters felt like they were my friends. I love how the author took the time to build the relationships, and immerse us into their world.

There were no frills or pretending with this story. The characters felt real as they struggled with everyday problems.

Mostly, what I loved about this story was that the female was no damsel in distress. She held her own and stood her ground which was refreshing.

There were some unexpected twists and turns that I really appreciated. Hats off to the author for taking us along on this journey.

I recommend this book if you love strong, independent women, romance, and an alpha male who is not overbearing. This story has heart and reminds us that second chances do exist.

JanS
4.0 out of 5 stars A romance with a different twist
Reviewed in the United States on June 26, 2018
Verified Purchase
I read this book in two days. It's easy and flows. It is truly a romance with a twist. Sometimes making money leads a person to things they might not necessarily enjoy doing. That could be the case with a drug lord, KAI. But, when he falls in love with a woman who openly expresses her disgust for people who sell drugs, he's conflicted. She simply can't find out. Of course, she does and where the plot goes from there was truly the only direction it could take. I thought the story was good. Michelle Abbott can write a sizzling sex scene, as is evident in this book. She takes the readers around a few surprise curves with the story including the ending (which I will not spoil.) If you like a romance with a different twist, you'll enjoy KAI.
Read more
Helpful
Report abuse

Wendy Scott Multi-Award Winning Author
4.0 out of 5 stars Perfect holiday romance read
Reviewed in the United States on January 5, 2019
Verified Purchase
Kai is a quick holiday romance read - perfect for on the beach, bus, train, or plane. This author is a master of making you care about characters who aren't perfect - I never thought I'd be cheering on a drug dealer! The characters' pasts are crucial to the storylines and adds depth to the plot.
Read more

4.0 out of 5 stars Perfect holiday romance read
By Wendy Scott Multi-Award Winning Author on January 5, 2019
Kai is a quick holiday romance read - perfect for on the beach, bus, train, or plane. This author is a master of making you care about characters who aren't perfect - I never thought I'd be cheering on a drug dealer! The characters' pasts are crucial to the storylines and adds depth to the plot.
Images in this review

Kavita Kumar
3.0 out of 5 stars 3-Kai-is-not-a-bad-boy stars !
Reviewed in the United States on October 10, 2017
I was given a free copy of this book by the author in exchange for an honest review.

Kai is such a good name !! That being said, here is my review

** contains spoilers** please continue only after you have read the book.
My thoughts : So Kai is a dealer with morals and he falls for the sweet naive girl Lily. Lily is also very poor and Kai buys her stuff with his drug money. And the neighbor's kid plays the devil's spawn by calling a cop raid.. and Kai goes to jail for just 1 year in exchange of leaking his supplier details.. and he is back after 1 year.. and moves to Japan where his dad has always waited for his mom..

Kai is not a bad-bad boy at all.. he is a good boy dealing drugs.. and the plot is way too bland for me.. And Lily called cops on the teenager Callum ?? really ?? That is hardly twisted..We could have had a little more bad and twisted.. but in the end.. it all just smooths out.. and they all live happily ever after !!

How I discovered this book: It was submitted to Rosie Amber's Review Team, of which I am a member. Kai is a 'new adult' romance... not exactly my genre, but the blurb appealed to me.

This story is nicely written, flows well and is very readable; I like the author's writing style. The book starts with Lily, who works in a supermarket, discovering that her wages have not been paid into her bank. The calamity is well written, drawing the reader into Lily's world straight away, though I had an issue with this part: although it would leave her with no food for four days, she rejects the offer of a loan from her manager and chooses to spend her last seventy pounds on paying her electricity bill. Who can go four whole days with no food?

We then meet Kai, dope dealer with a heart of gold, who is very appealing; I can see that he's a great hero for a book aimed at a young adult age group. Lily then meets her neighbour, Jackie, who is smoking a joint; it's medicinal, for her MS. I had another slight issue with this, too. Lily automatically assumes that Jackie is a 'drug addict', because she's smoking weed. I would have thought that, as she has been an art student, she'd have a slightly more worldly attitude towards such things, unless art students have become a lot more clean living since my day!

I thought some of the issues raised were well done, such as Jackie's son refusing to go to school, and I liked Kai's bond with his mother and how he wanted to do whatever it took to make a better life for them. The private, inner conflicts faced by Kai and Lily were nicely written, though I did wish the two characters' 'voices' had been more clearly defined; they both used the same speech patterns and language, had the same tempo and mood. The book was not as edgy as I expected from the blurb, but I expect that is because it is written within the confines of that which is suitable for the target market, and who, I imagine, will like it very much.
Read more
Helpful
Report abuse
See all reviews
Back to top
Get to Know Us
Make Money with Us
Amazon Payment Products
Let Us Help You
EnglishChoose a language for shopping. United StatesChoose a country/region for shopping.
© 1996-2021, Amazon.com, Inc. or its affiliates