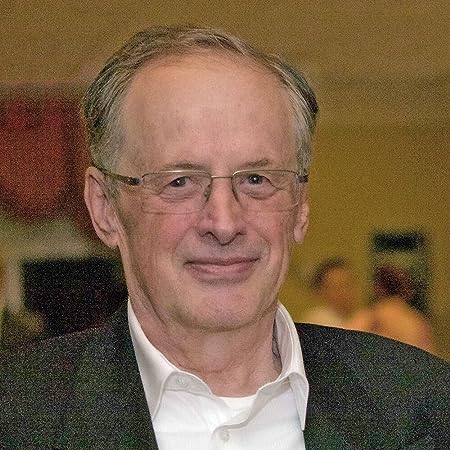 Master of Electronic Engineering by background, Karel Jan Kosman offers fifteen-year experience in emerging technologies followed by fifteen years in venture capital. Holding an amateur radio license KDØRFQ, Karel volunteers in the Allenspark Neighborhood Emergency Network. He received a Certificate of Recognition for his life-saving efforts during the 2013 Colorado flood.

Karel Jan Kosman writes from the heart. Sometimes flashbacks, but most often, concerns about the planet's future. The impact of technology and the need to raise consciousness. For an update on Karel's recent writings, visit www.kareljankosman.com. 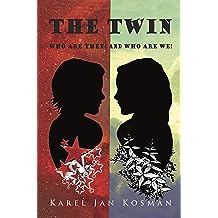 THE TWIN: Who Are They? And Who Are We? Aug 26, 2020
by Karel Jan Kosman
( 1 )
$3.99
In THE TWIN: Who Are They? And Who Are We? Karel Jan Kosman's team presents a vividly illustrated sci-fi. Voyager 1 wanders into a parallel universe of a twin planet. "They" are captivated by the recordings carried by the Earth probe and launch a capsule back in the wormhole to establish contact. Their spaceship reveals advanced quantum computing, artificial intelligence, virtual reality, and energy-matter projection. It is powered by inexhaustible energy yet to be tapped on Earth (kudos to Nikola Tesla).
The capsule's signal is detected first by Colorado teens hunting for extraterrestrials. The historic event affects their entire lives. On the twenty-fifth anniversary, an aspiring reporter looks to document that, and the team agrees to interviews. As the report progresses, he gets drawn into the story himself. The reporter attains close relationships with the twin heroines but gets no further. First, one falls for the brave soldier who saves her life. Then the other moves in, but it is a platonic relationship. Finally, the romance he so desires blossoms in supernatural happenings in the wormhole—a fantasy of the unexpected in a convoluted space-time.

The author presents the work in three sections. THE TWIN I and THE TWIN III span the protagonists' lifetimes, as chronicled by the reporter, including the effects of travel through a time-differential wormhole. THE TWIN II is a what-if fantasy inserted as a warning by the reporter. Illustrated comics-style by a talented earthling descendant, it reaches all corners of the twin planet.

Karel Jan Kosman went back to Prague, his birthplace, to help the country return to democracy and free enterprise. He'd experienced first-hand how centralism deprives people of opportunities for fulfillment. Unless you belong to the ruling caste, you work a job slotted for you by them. He knew the solution was to help privatize state monopolies and promote small businesses. But many former Communists turned entrepreneurs still followed their monopolistic instincts to seek an unfair advantage. And Karel preached the American way of win-win that benefits both parties but also spreads the wealth around.
After twenty years of flying back and forth, the family resettled in their Colorado mountain home. Soon they noted something alarming: creeping trends toward elitist, American caste society, win-lose deals, and opportunity inequality. That inspired Karel to follow his beloved authors' footsteps and write science fiction to expose the elites' doings in a mirror. Liba Kosman provided the photography, and they completed the authorship team with Avinash Tiwari matching the graphic style of "a talented earthling descendant."