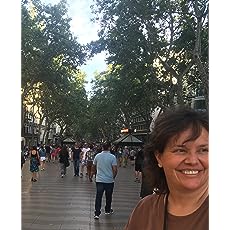 Kari Kilgore started her first published novel Until Death in Transylvania, Romania, and finished it in Room 217 at the Stanley Hotel in Estes Park, Colorado, where a rather famous creepy tale about a hotel sparked into life. That's just one example of how real world inspiration drives her fiction.

Kari's first published novel Until Death was included on the Preliminary Ballot for the Bram Stoker Award for Outstanding Achievement in a First Novel in 2016. It was also a finalist for the Golden Stake Award at the Vampire Arts Festival in 2018.

Recent professional short story sales include four to Fiction River anthology magazine, with the first published in the September 2019 issue. Kari also has three stories in a holiday-themed anthology project with Kristine Kathryn Rusch due out over the holidays in 2020.

Kari writes first and figures out the story's genre later. That's resulted in fantasy, science fiction, romance, contemporary fiction, and everything in between. She lives at the end of a long dirt road in the middle of the woods with her husband Jason Adams, various house critters, and wildlife they're better off not knowing more about.

Kari's novels, novellas, and short stories are available at www.spiralpublishing.net, which also publishes books by Frank Kilgore and Jason Adams. For more information about Kari, upcoming publications, her travels and adventures, and random cool things that catch her attention, visit www.karikilgore.com.
Read more 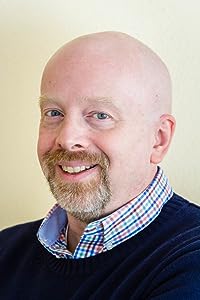 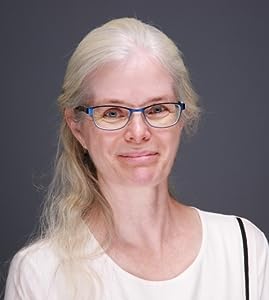 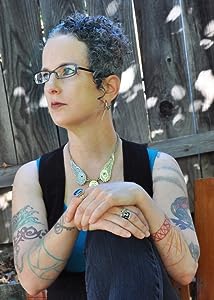 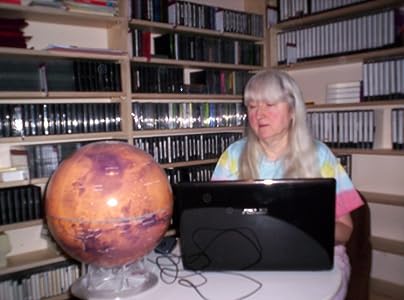 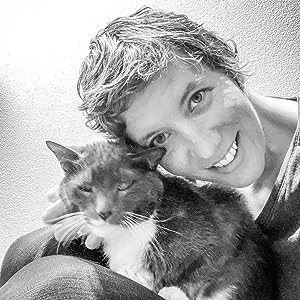 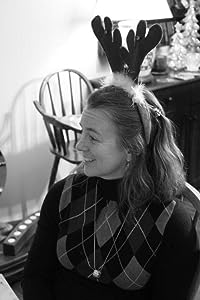 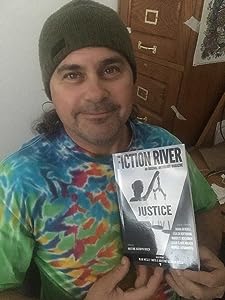 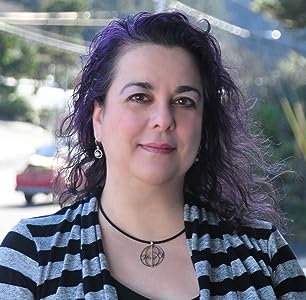 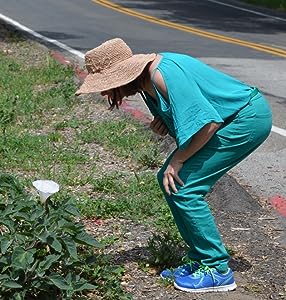 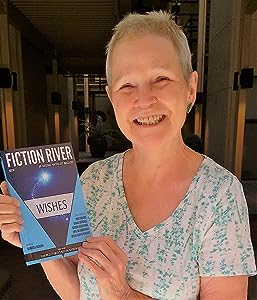 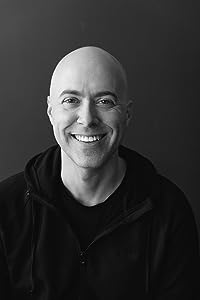 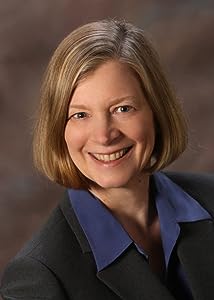 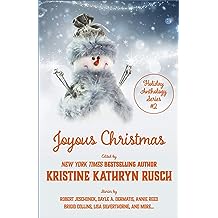 Joy abounds during the Christmas season. A sense of magic threads through everything, and the spirit of make-believe becomes almost commonplace.

The authors in this anthology capture that joy with stories marked by fun, goofiness, touching sentiment, and even some sweet romance.

This light-hearted holiday book brings smiles and even a giggle or two and ushers in a very joyous holiday season.

“A New Home for Christmas” by Annie Reed

“The Gift” by Brenda Carre

“The Sugimori Sisters and the Santa Experiment” by Brigid Collins

“Christmas Newsletters from the Edge” by Robert Jeschonek

“A Grave Kind of Love” by Robert J. McCarter

“Christmas Eve at Claredon Hall” by Dayle A. Dermatis 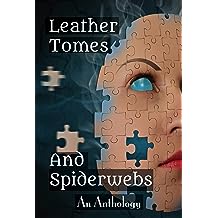 Leather Tomes and Spiderwebs Oct 1, 2020
by Blaze Ward , Leah Cutter , Knotted Road Press , Sonia Orin Lyris , April Steenburgh , Ken MacGregor , Kari Kilgore , Rob Vagle , Samuel Barnhart , Laura Anne Gilman
$4.99
Not all the monsters you meet wear a terrible visage. Some of them might fit in on your block. Or in your boardroom. Dare you turn your back on them? Or go to sleep?

Here are nine tales of quiet terror where the scourge sneaks up on you, subtle and snug. Let it fill you with cozy dread as you see the different type of monster who might wait in the basement, or your backyard.
Read more
Other Formats: Paperback 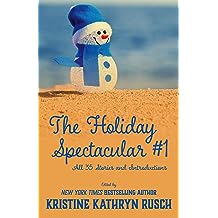 This volume contains 35 stories, including two previously uncollected Kristine Kathryn Rusch stories, presented as they first appeared in a newsletter that went to subscribers every single day for 35 days.

The first volume in a series that will appear annually, The Holiday Spectacular #1, will fulfill all your seasonal story needs. 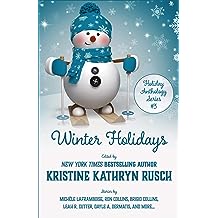 Winter holidays mean lights, decorations, and delicious food. They bring about a sense of joy and a giving spirit that seems more abundant than at other times of the year.

This anthology holds a Hanukkah story, two stories about the solstice and two about some lesser-known holidays. Two authors made up their own holidays, and three looked at what people who don’t celebrate do during the holiday season.

With so many creative ways to celebrate, this volume will surely lift the spirits.

“The Real Housewitches of Calafia County” by Dayle A. Dermatis

“The Miracle of the Lights” by Leah R. Cutter

“The Ten Days of Newtonmas” by Ron Collins 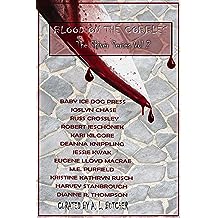 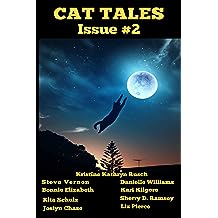 "Cats are kindly masters just so long as you remember your place." - Paul Gray

"No amount of time can erase the memory of a good cat, and no amount of masking tape can ever totally remove his fur from your couch." - Leo Dworken

"Cats' hearing apparatus is built to allow the human voice to easily go in one ear and out the other." - Stephen Baker

"You can teach a cat to do nearly anything that it wants to do." - Another cat 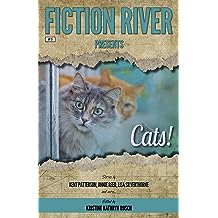 Fiction River Presents: Cats! Apr 27, 2020
by Fiction River , Annie Reed , Kent Patterson , Lisa Silverthorne , Jamie McNabb , Kari Kilgore , Stefon Mears , Kristine Kathryn Rusch
( 1 )
$5.99
Cats display many qualities, from marvelousness and brilliance to affection and exasperation (humans never live up to their expectations.) These stories cover all of that and more. In this latest volume of Fiction River Presents, some of our favorite writers capture the mystique of these fabulous felines with warmth, some magic (goes with cats), insight, and even some suspense. Find out why Adventures Fantastic says: “If you haven’t checked out Fiction River yet, you should. There’s something for everyone.”Includes:“Queen of the Mouse Riders” by Annie Reed “Fur Tsunami” by Kent Patterson“Speechless in Seattle” by Lisa Silverthorne“Cat and Mice” by Jamie McNabb“The Magic Cat of The Hidden Springs Inn and Spa” by Kari Kilgore“The Secret of Catnip” by Stefon Mears“Helmie” by Kristine Kathryn Rusch
Read more
Other Formats: Paperback 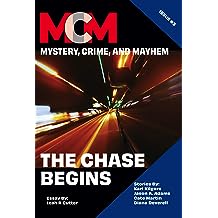 The Chase Begins: Mystery, Crime, and Mayhem: Issue 3 Aug 15, 2020
by Leah Cutter , Kari Kilgore , Michele Lang , Diana Deverell , Jason A. Adams , Cate Martin , David H. Hendrickson
$4.99
Crime fiction has many different facets, including the chase. Come run with us, either toward danger, away from the bad guys, or maybe toward a better understanding of ourselves.

Be sure to pick up the first couple of issues, and be on the lookout for issue #4, "Sins of the Father."

So Criminal, it's Good.
Read more
Other Formats: Paperback 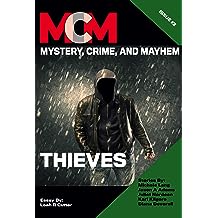 Welcome to the second issue of Mystery, Crime, and Mayhem, and the wonderful world of Thieves.
Read more
Other Formats: Paperback 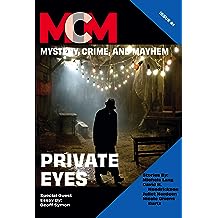 For many of us, our introduction to mystery began either by watching a detective show on TV, or when we fell in love with characters like Phillip Marlow and the Continental Op in old books. This is the white knight, the only one with morals in the story, the one person who will set the world right.

Come with us and explore new takes on the traditional PI story, whether they're old school and solving a current day crime or sent on a case far away from the city into Appalachia. And enjoy some historic PIs as well, all with voice and perspectives you've never seen before.

Enjoy issue #1 of MCM - and be ready for more to come! 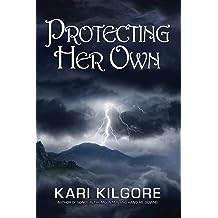 A month after returning to Lightning Gap, Virginia, Kim Mullins finally feels at home. Relaxed. Ready to recover from years of hectic city life and too many broken hearts.

Steph Holfield needs the shelter of her family to heal. A dose of peace and routine. The abrupt end of her marriage left her reeling and shattered. Unsure of her own heart and mind.

Seeing each other sends Kim and Steph into a whirlwind of memories, and the enchanting prospect of rediscovering their spark.

But more than the chance of renewing youthful romance swirls around them. Bringing unseen forces human and supernatural into play.

Will Kim and Steph find the strength they need to survive in each other? 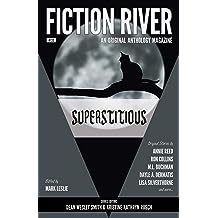 Fiction River: Superstitious (Fiction River: An Original Anthology Magazine Book 32) Oct 14, 2019
by Fiction River , Mark Leslie , Kristine Kathryn Rusch , Annie Reed , Michael Warren Lucas , David Bruns , Joslyn Chase , C. A. Rowland , Dayle A. Dermatis , Ron Collins
$6.99
Superstitions pervade every culture and belief system. Often, the origins of such superstitions elude their practitioners. The seventeen authors in this latest volume of Fiction River create their own superstitious tales in fascinating stories ranging from dark and moody to light and fun, from introspective and thought-provoking to high-ratcheted tension. Distinct and realistic elements of humanity, love, fear, family, friendship, life, and death provide unforgettable experiences that prove we all practice some form of superstition, whether we admit it or not. “…fertile imaginations take these ideas to wild and wonderful directions.”—Astro Guyz
Read more
Other Formats: Paperback