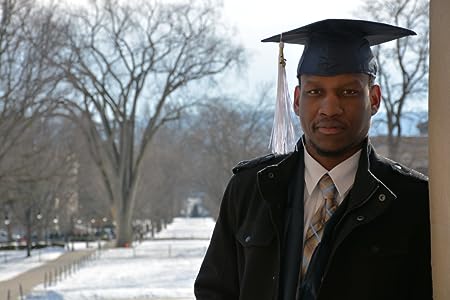 A graduate from Pennsylvania State University.

I'm presently engaged full-time in the Medical Device industry by day and a Sci-Fi enthusiast by night. I also enjoy listening to music as much as much as I enjoy writing.

What correlation does music have with being an author? - you might ask. Well, to answer your question, they both simultaneously provide me an avenue where I can calm my thoughts and be myself. I strongly believe music and story-telling complement each other extremely well. From my point of view, they are inseparable just like the Yin and yang. Without being forceful, I naturally look for ways to incorporate a score into my stories to further flesh out the narrative.

With that said, I am currently working on the publication to my anticipated follow up novel – A.R.C Part 3. 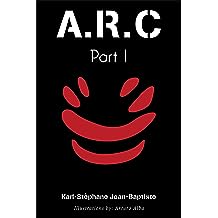 A.R.C Feb 17, 2019
by Karl-Stephane Jean-Baptiste, Arturo Alba
( 6 )
$2.99
"For a safer and better humanity."
"Is one life more precious than another?"
Stan and Gordon are lifetime best friends. Both cynical in personality, yet realist, they decide to bear the world’s problem on their shoulders as full time hackers. With one digital heist at a time, they strive to take from the corrupt in the hopes of giving back to those in need. As time elapse, their ambitions boil to uncontrollable temperatures. Desperately wanting to leave a mark on the world, they join in with other hackers akin to them to hack the federal reserves. Sadly, the heist goes south and they’re force to run leaving all they ever loved behind. Now fugitives from their own government, they jump from home to home, state to state trying to prolong their life span. However; both still young and burning with passion, they stop at nothing to undo the bountiful amount of corruption laid waste on their beloved country. One day, while working on a missing children’s case, Stan stumbles upon a secretive file dubbed A.R.C. Intrigued by its gritty content, he shares it with Gordon. Unsure of their future and with an expiration date on their life, they both elect to unravel this new mystery – The mystery of A.R.C. Little do they know what awaits them is beyond their realm of understanding. Will they make it out alive?
Note: QR Codes are propagated throughout the story. Revel in deciphering the content within.
Read more
Other Formats: Paperback