To paraphrase Garth Brooks - I'm much too old to feel this young.

Horses and books, always been the loves of my life. Ridin' and readin'! But to continue channeling Garth, the 'competition's gettin' younger', and I can't do it like I used to. So I've had to hang up my saddle and turn to writing about what I used to be doing. Surprisingly, I'm finding it to be quite satisfying, a tolerable substitute, most of the time.

I'm making a serious attempt to figure out the world of self-publishing, although the act of offering my stories for public scrutiny brings on night terrors and heart palpitations. Writers are introverts. We hate attention. But I will continue to find the courage, though sweaty-palmed and short of breath, to follow through to the end and hit the publish button. If you happen to chance upon me, and read one of my books, I hope you enjoy reading it as much I enjoyed writing it, and I will always be forever grateful! 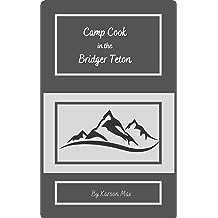 Camp Cook in the Bridger-Teton Sep 15, 2022
by Karsen Max
$1.99
Have you ever had an unexpected opportunity to live a dream? To do something you never thought you would? That was me when I was offered an out-of-the-blue chance to work as a camp cook in a pack-in elk hunting camp in Wyoming. Never in my wildest imagination did I think that I would be riding a horse in the beautiful mountains of the Bridger-Teton National Wilderness, but one phone call was all it took. Three days later I was there.
Read more 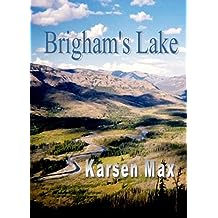 Brigham's Lake Jan 13, 2014
by Karsen Max
( 14 )
$2.99
The rules don’t apply in the mountains – or do they? Brigham Davis finds himself asking this question when he encounters an unexpected temptation on a hunting trip in the Yellowstone wilderness. He had expected that his life as just a normal Wyoming rancher would continue season after season, but a calamitous series of events over which he has no control has strained his relationship with his wife. The possibility of losing everything they’ve worked for over the years, the painful betrayal of friends and neighbors, and a challenge to his stubborn pride leads Brigham to take risks he would ordinarily never consider, the consequences of which might be life-threatening, both physically and emotionally. Woven throughout with an underlying essence of horses, it is a story of a man against nature, man against neighbor, and man against his own human weaknesses. Set in Wyoming's magnificent Rocky Mountain high country and encompassing the spectacular Yellowstone caldera, the trail also leads to the colossal mercantile empire of the Fort Worth Texas Stockyards. Horses, hunting, human frailties and natural disasters highlight the enduring tenacity of bonds that can't be broken.
Read more